Why Dilip Ghosh's new upmarket apartment is important for BJP

The biggest advantage of Bengal BJP President's sprawling 12-BHK apartment is that it is closer to the airport. With the election not very far off, the BJP leaders will come trooping in regularly.

Dilip Ghosh has grown in stature as the BJP’s state president and is harbouring a dream of becoming the chief minister one day. From the thatched hut of his childhood to rental accommodation in posh Salt Lake area, he’s now moving to a bigger apartment of over 4,000 square feet area combining four three-BHK flats. His new address is in Rajarhat-New Town area, within 10 minutes of the airport. People were curious about over what a bachelor with no family ties, would do with 12 rooms and multiple kitchens. Ghosh said the apartment was a gift from a developer-businessman. 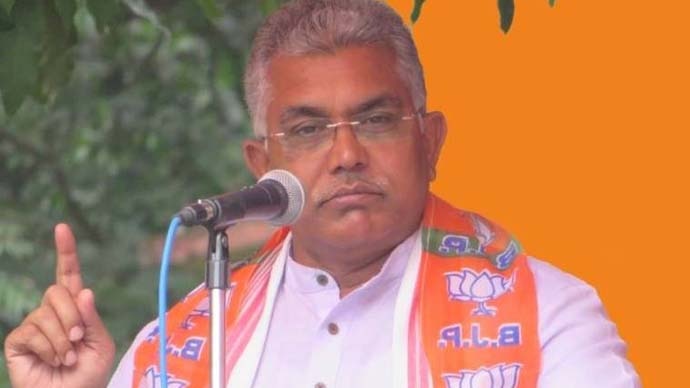 Dilip Ghosh has grown in stature as the BJP’s state president and is harbouring a dream of becoming the chief minister one day. (Photo: Facebook/ @dilipghoshbjp)

His former accommodation, a three-storey house, was crunched for space to fit in 20 security guards. Quite a number of rooms of the current apartment will be used for lodging them. Assessing the threat perception, the Ministry of Home Affairs (MHA) increased Ghosh’s security cover from Y to Z in 2018. The BJP president also saw prudence in moving to the new address as it was big enough to accommodate his guards and party leaders, who stay with him. The hall in addition to the living and dining space could be used as a big conference room for important party meetings. The BJP headquarters in Central Kolkata is cramped. The biggest advantage of this accommodation is that it is closer to the airport and so national leaders flying in the city can take a break here and hold their meetings without having to travel through the congested parts to reach the party head office. With the election not very far off, the BJP leaders will come trooping in regularly.

The party’s resounding success in 2019 Lok Sabha election has made the party’s headquarters at 6, Murlidhar Sen street as the much sought after place for jobless youth, ticket-seekers, businessmen, traders and inquisitive hangers-on. Even in days of social distancing the buzz of activities in the BJP party office never died down. It so happened that BJP leaders Ghosh and Mukul Roy started operating from their homes. Roy minced no words to say the party office has become an unhygienic den so much so that he would work from a separate office space in Salt Lake and wouldn’t come to Murlidhar Sen Street. It was at the head office that party MP Locket Chatterjee contracted the virus from a party worker, present in one of her meetings. The party office was closed down and sanitised. As the situation stands now, the party will function from individual houses of the leaders.

Meanwhile, Ghosh’s apartment is being done up with the help of interior designers. Chances are high that BJP’s number two person Amit Shah could be lodged in a few rooms of this apartment. Shah is going be in Bengal for seven to 10 days a month in the run-up to elections. A section of BJP leaders, who have begun to see Ghosh as future CM, sees the spacious apartment as a metaphor of big responsibilities and a bigger role, he could play. Ghosh’s spacious abode has made the Trinamool Congress go green with envy. A notice has been slapped by NKID (New Town Kolkata Infrastructure Development) authorities, the development agency of Rajarhat about discrepancies in the property.