The most important point is that in case of war, who will be with us?

These days, the foreign policy of our nation revolves around “raw muscularity” rather than “successful diplomacy”, thanks to certain TV debates and news items laced with jingoism and outcry for war.

The recent victim of this new era foreign policy is the India-China standoff, but the realistic questions which seem to have skipped the attention of these over-charged debates are - Can India militarily stand China? What is our government’s strategy towards China? What is the most realistic viable way forward?

As we enter the seventh week of the standoff, it will be worthwhile to find answers to these questions.

India needs to understand the intentions of China, weigh options keeping in view where both the countries stand at present and react in a pragmatic manner. The foreign policy of China is less about foreign relations and more about geographical expansion. It has conflicts with all its neighbouring countries with which it shares its 22,000 km border.

Most of its claims on others’ territories are not substantiated by facts but by instinctive greed. China has focussed its strategic energies on India because it aims at enhancing its military and economic power to achieve regional hegemony in Asia.

Beijing now projects itself as an active and open opponent to India’s global aspirations. Consistent attempts to increase its influence in Nepal, Bhutan, Myanmar, Sri Lanka and Bangladesh, territorial claims over Arunachal Pradesh, lack of support for India at global forums like the NSG and UN Security Council and initiatives like OBOR and CPEC are clear indications of China’s attempts to thwart India from rising as a regional and global power.

The Pentagon in its annual report to the US Congress last year had mentioned about an increase in capability and force posture by the Chinese military in areas close to the border with India. China has also been consistent in its protective attitude towards Pakistan against India.

The Doklam standoff is already in its seventh week and tension between the two big powers of South Asia is not good for peace in the region.

What should be India’s response? Historically, India has been pursuing a policy of peaceful coexistence with all its neighbours, including China. After the 1962 War, the meeting between Rajiv Gandhi and Den Xiaoping in December, 1988, inaugurated a new phase in the India-China relationship.

The UPA government led by Manmohan Singh had accorded primary attention to relations with China and had conducted substantive interactions with Beijing. A historic landmark was achieved in the bilateral relation in 2005, when India and China took part in their first bilateral strategic dialogue, which was followed by execution of the India-China Strategic and Cooperative Partnership for Peace and Prosperity. 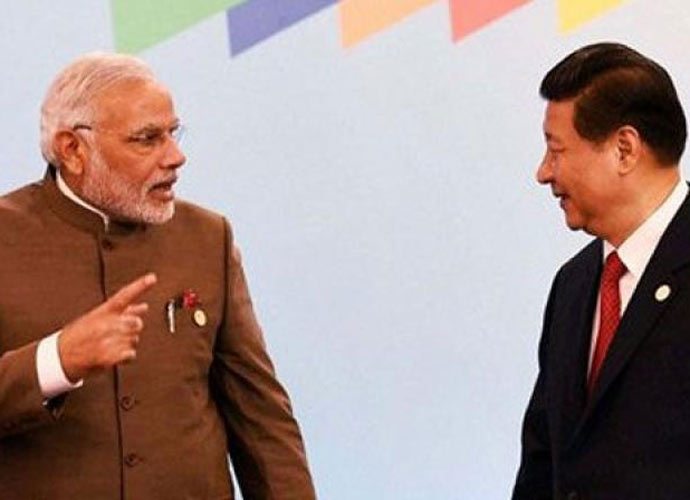 The absence of a strategic framework in our foreign policy towards China is having serious implications for India. Photo: AP

The two countries declared the year 2006 to be a “Friendship Year” and this was marked by numerous political, economic, military, scientific, educational and cultural exchanges. India and China signed the Border Defence Cooperation Agreement (BDCA) in March 2014 in Beijing.

The nine agreements that were executed were aimed at maintaining peace and tranquillity on the Line of Actual Control. Starting from Nehru to Singh, Congress governments had been consistent and coherent in their approach towards China. Economic ties between India and China had accelerated during this period.

At present, we blow hot and cold on China, sending confusing signals all around, while China continues its aggressive posturing. The absence of a strategic framework in our foreign policy towards China is having serious implications for India.

Whether it is decisions on war and peace or diplomatic efforts, governments and political leaders must do what they believe is right; not what the media wants to hustle them into doing. Jingoism cannot be the basis of foreign policy of a sovereign democratic state.

There is no doubt that our military and economic strength has increased substantially since 1962 but we must be honest to admit that China’s capabilities have also increased during this period and they have continued to remain ahead of India in these parameters.

Now, the most important point is that in case of an India-China war, who will be with us? The confusing foreign policy of the Modi government and absence of strategic thinking has created a situation where no superpower will be our ally in the event of war with China.

Relations between India and Russia - which were once all-weather friends - have weakened during the NDA regime. Russia’s China tilt was evident when it decided to participate in Druzhba 2016 in Pakistan while Pakistani terrorists struck at Uri in India.

We are all aware of the position US, Israel and NATO will take in such a situation. In June 2014, PM Modi had put forth a 3S formula - skill, scale and speed - to take on China.

During her trip to China in January 2015, external affairs minister Sushma Swaraj had proposed that both sides should think “out of the box” for solutions to the border issue. What happened thereafter?

The present government's lack of direction in its China policy is clearly revealed by the manner in which it has dealt with Beijing during the last three years. Modi has allowed China’s trade surplus with India to double during this period, thereby helping Beijing in its economic globalisation project.

India should be resolute in its response. It needs to do more than prevent China from taking away the Doklam area from Bhutan. To subdue the enemy, we need to target the mind of the enemy. China's goal is to cut India off from the rest of Asia and, therefore, it should be India's endeavour to reconsider its cooperation with China at international forums.

The second option could be reconsideration of our trade relations with Beijing. Since the trade balance is in favour of China, India will not lose much from such an option. In the long run, we must focus on our economic growth and strengthen our military capabilities through defence modernisation.

At the international level, India should enhance its relation with Japan and Taiwan to counter China. The current mood in Japan offers India an opportunity for India. We should not overreact but need to creatively use all these options.

China has been fishing in India’s troubled North-East. Therefore, our policy towards the region must be in sync with our foreign policy on China. Everything that appears on Chinese media should be monitored because unlike India, the media is fully regulated by the government in China.

Anything that appears on their media should be construed as a government position of China. Above all, we must have a consistent and pragmatic foreign policy on China while developing our domestic capabilities.

Also read: Why China can bully India and the West

#Modi government, #India-China Ties, #Doklam
The views and opinions expressed in this article are those of the authors and do not necessarily reflect the official policy or position of DailyO.in or the India Today Group. The writers are solely responsible for any claims arising out of the contents of this article.