Doklam standoff: Why India should reconsider its stand on OBOR

The ongoing India-China standoff in Doklam on the Sikkim-Bhutan-Tibet trijunction, now into its second month, is arguably the worst crisis between the two Asian giants ever since they fought a war in 1962. Both sides are sticking to their respectively stated "maximalist" position and asking each other to back off, but neither side is ready to budge.

Perhaps forgotten in this melee of diplomatic and military chain of events is one major Chinese project which India has baulked at and rejected outright, which can prove to be a magic wand to not only resolve the current situation but may also bring about a thaw in the now frigid India-China bilateral relations — the One Belt, One Road (OBOR), also known as Belt and Road Initiative (BRI).

India boycotted the BRI International Forum Summit hosted by China on May 14-15 — a move that riled China more than any other recent bilaterally contentious issues, including the Dalai Lama’s fairly long visit to Arunachal Pradesh, Beijing's opposition to New Delhi's aspirations for full membership of the Nuclear Suppliers Group (NSG) or China not being on the same page as India on the issue of the United Nations blacklisting Pakistan-backed terrorists such as Masood Azhar.

India has rejected the OBOR because the CPEC or China Pakistan Economic Corridor, which passes through Pakistan-Occupied Kashmir (PoK), is an integral part of the OBOR. 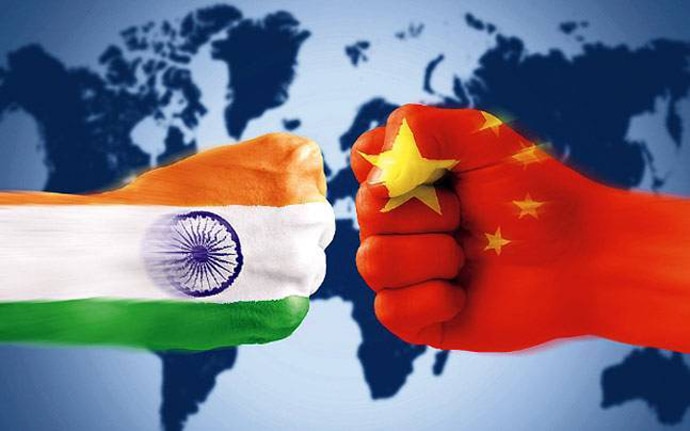 China isn’t prepared to scrap the CPEC for obvious reasons in view of its very close strategic ties with Pakistan, its all-weather friend and ally.

Diplomacy is all about trying to square the circles. Such a situation is staring in the face of the Indian and Chinese establishments today.

The question is whether India is prepared to give some kind of concession to Beijing to ease the Doklam crisis and persuade the Chinese to restore status quo ante as prevailed before June 16 when the eyeball-to-eyeball standoff situation between the Indian and Chinese troops erupted? The same question can be asked with respect to the Chinese too.

It's a pity that the two sides have tied themselves in knots in such a complicated manner that nothing seems to be working out. There is no bilateral dispute on which the two sides can expect a breakthrough — be it the NSG or Masood Azhar or the Dalai Lama or even the CPEC.

What does China want the most today?

It is the OBOR, the most ambitious project ever undertaken in the history of People’s Republic of China, which is being personally driven by Chinese President Xi Jinping. India’s outright rejection of the OBOR has upset China to no end.

Perhaps in hindsight, New Delhi ought to have handled this issue more deftly than it has. Perhaps, India should not have boycotted the BRI Forum Summit and sent a representative to China even at a junior level.

After all, even the US attended the summit and that too at a fairly senior level. Matthew Pottinger, special assistant to President Donald Trump and National Security Council (NSC) senior director for East Asia, attended the event.

After all, India’s rivalry with China can’t be greater than the US-China rivalry despite a recent thaw in the Washington-Beijing ties. India should have taken a cue from the Trump administration's last-minute decision to attend the BRI summit and sent a representative for the event, albeit at a junior level.

By completely boycotting it, India took a categorical and maximalist position which doesn’t leave any elbow room for India’s China diplomacy. And lo, the Doklam crisis erupted full bloom exactly a month after the BRI summit.

It may not be a mere coincidence. India’s stand on OBOR may well be the real trigger for the Chinese action in Doklam. Perhaps the most important thing to be kept in mind is that the Doklam crisis is not about India-China border dispute — as technically it is essentially a China-Bhutan boundary dispute. India has stepped into the frame because it is treaty-bound to ensure Bhutan's security and protect the tiny country from all external threats.

India cannot deal with China in the same manner as it deals with Pakistan. India has had inimical relations with Pakistan for decades and yet it does not cause a ripple. The same template cannot be applied to China, the world’s number two economy and a near-superpower.

While India can expand and intensify relations with far-abroad, it cannot ignore its near abroad, particularly a contiguous neighbour like China with which it has over a 4,000-km-long long border.

Under the current complicated geopolitical web, only an out-of-the box strategy may ease the India-China tensions. The OBOR card may well fit the bill. And of course, India doesn’t have to sign on the dotted line as per China's wishes.

All that India may consider to do is to convey to China that despite its valid concerns on OBOR, it is willing to "discuss" the issue with the Chinese with an open mind.

On its part, China must not try to score brownie points over India should New Delhi soften its attitude on Xi's dream project.