Hillary stood no chance against Trump. Here's why

The woman card is what pulled her down.

It’s taken me a while to digest what has happened and I was wondering what my grouse is. I realised the question is neither "why didn’t Hillary Clinton win", nor is it "how the hell did Donald Trump win". The real question is - how could Hillary lose to Trump?

It’s easy to tease out the mess in hindsight and see all that has gone wrong. From the beginning, Trump was on the offensive and Hillary was defending herself against his volley of attacks.

Trump’s campaign website closes each agenda with bullet points on what’s wrong with the Barack Obama-Hillary policies and how damaging they are. She was trying to tackle a bully and stand up to him.

What would you say to someone who told you, "If I became president, you’d be in jail?" But that’s exactly where she went wrong. She was speaking a language she isn’t fluent in. Trump is louder, more aggressive and better at cornering.

Secondly, one look at the campaign agendas of each candidate tells the whole story. Trump is heavy on beefing up military forces, is vociferous about defeating ISIS, supports the second amendment and has force-fitted cyber security in his agenda just so Hillary’s email controversy can be highlighted as serious.

And America chose peace on earth!

Let’s just say that on November 8, 2016, the people who went out to vote thought pumping funds into arms and military forces would put them in a better place. 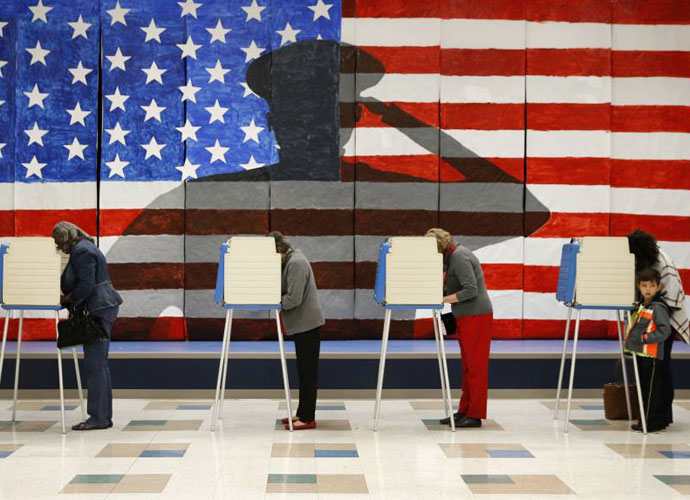 America seems to have chosen peace on earth. (Photo: AP)

Thirdly, if numbers are any indication, it seems that if white males are right on top of the pecking order, women for some reason are at the tail end of the list, well behind the complicated sequencing of African-Americans, Hispanics, Asians, etc. because quite surprisingly, fewer African-Americans voted for Hillary than they did for Obama. Smells like reverse racism at the wrong place at the wrong time.

Even more shocking, Hillary didn't get the kind of support from women that she should have. While 70 per cent of women voters admitted being disturbed by the way Trump treated women, a sizeable chunk still voted for him (Hillary 54 per cent and Trump 42 per cent, according to CNN).

But who are we kidding? Let’s look at the real reason. Let’s look at this woman’s history. She has been in politics for a while. In fact, it’s safe to say that’s all she has ever done - worked for her country.

She was nearly nominated as the Democrat candidate for the 2008 elections when Obama beat her to it. She’s been a senator, she’s saying the right things, she’s progressive in her ideas and thoughts. But wait, something must be wrong.

Something doesn’t sit right. It’s hard for people to see and accept that they do not like a woman as their leader. That would show them in poor light, yet there's something awfully threatening about a woman in a position of power.

So scandals must be fanned and trust issues raised. Every thought leader worth their salt, whether author, journalist, critic or celebrity, tries to convince the people otherwise. After everything, there is talk of how she is as bad as Trump, not to be trusted, even evil.

My question is this - If Hillary was Harry, how much would the email controversy shatter you? How evil would she be then?

And if Hillary had said "I like to grab ‘em by their cock" or "fat men are pigs" or that "my IQ is quite high so don’t feel bad about feeling stupid. It’s not your fault" or "Mexico is sending us rapists. So I will build an inexpensive wall and have them pay for it", how would that suit you?

No, Hillary just does not have that luxury. She has to study hard, she must think and be intelligent, work on presidential campaigns, work as a lawyer, work for child advocacy, serve the government, come close to being nominated as presidential candidate, deal with mistakes and scandals and still keep being tested and deemed insufficient. But she doesn’t get it - she’s never going to win anyone’s trust.

So let’s just accept she is equally bad. If she is, then why Trump? Why not Hillary? Her agenda, her demeanour, her experience is better.

The truth is, Hillary never had a fighting chance. Trump was wrong. She didn’t have the woman card going for her. The woman card is what pulled her down.

The only reason Hillary had a chance was that Trump was bad news. That’s over now because the people figured that a narcissistic bigot is better than a woman!

But let’s remember one thing. Trump fought as Trump. Hillary fought as Hillary - by her first name. Not as a Clinton. She did break something vital. And it will show - if not now, then later.

Post your comment
#US Elections 2016, #Hillary Clinton, #Donald Trump
The views and opinions expressed in this article are those of the authors and do not necessarily reflect the official policy or position of DailyO.in or the India Today Group. The writers are solely responsible for any claims arising out of the contents of this article.