Why Modi is as bad as Trump

They generate fear regarding the well-being of the country, and at the same time, a universal hatred for the ruling elite.

We are living in extremely dangerous times. Many of you would imagine I am referring to the election of Donald Trump, a xenophobic, misogynist, white supremacist, “nasty” man as US president. I am not.

I am referring to an even more terrifying phenomenon. Which is our willing suspension of disbelief in election times. This is the very phenomenon which enables evident liars, of the ranks of Trump and back home, Prime Minister Narendra Modi and team, to work up crowds with promises that any sane man would know are hoax, and get elected to office. And still worse, defeat the right policies, the right persons, the right promises and most importantly, the right ideology and value system.

“Chunaavi jumla”, a term BJP leaders themselves shamelessly used to describe and own up to some of their false promises post-election, has landed as a nuclear weapon in the hands of Modis and Trumps and have made them seemingly unconquerable.

What else can otherwise describe the election of a man as US president who wants to grab women by the “female part”, or for that matter, back home, elevation of a man as a demi-god, who looked the other way while thousands were slaughtered in the state he headed.

We are living in a dog-eats-dog world. We are obsessed with our own financial security at a time where even hospitality comes for a price. And hence, we are desperate for policies and government flagship programmes that would help us become more financially sound.

Trump and Modi have well understood this. But alas they are the wrong men. Hence, what has come out is not kindness or sympathy, but inducement. They have understood that so grave is our desperation for economic progress, that even if they promised us the moon and the stars and the sky convincingly, we would fall for it.

Modi said he would bring back black money within 100 days of assuming office, and distribute Rs 15 lakh to each person in India. Trump, on the other hand, says he would expel immigrants, thus forcing American companies on US soil to employ only Americans as labour. 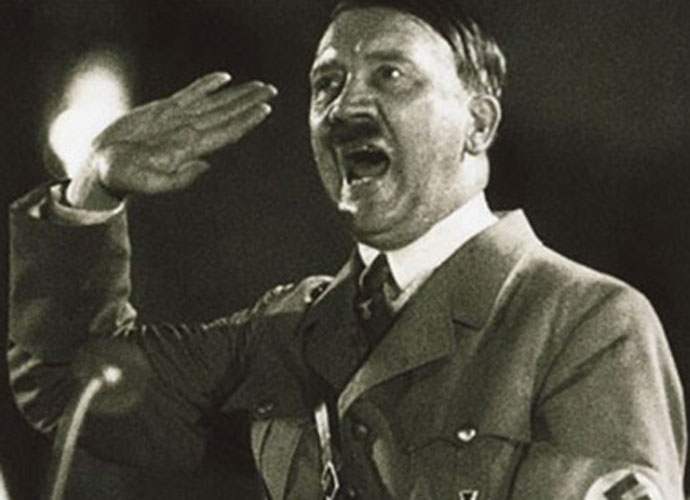 Hitler aroused people’s feelings by talking about their country's glorious past. (Photo: Reuters)

Anybody would know you cannot destroy industries by stopping them to hire cheap labour from poor nations. Even legally, you cannot expel immigrants. Anybody would again know that you cannot force a foreign government to reveal names of those who have stashed black money abroad. That procedure would require expansive treaties to be signed.

But here is when the “willing suspension of disbelief” factor takes its toll. These leaders are magicians. They have just become able to suspend people’s common sense. And make them believe what no sane person should fall for.

And there is a way they do this “black magic”. No, no, they do not use witchcraft items such as brooms or nimbu tied in red cloth. Their instrument is perverted nationalism.

Have you noticed that before the Trumps and Modis actually put forth their bogus economic promises, they spend months together in a rigorous campaign injecting the notion that the country is falling, the country is being looted, and most importantly, that the ruling class is behind it all.

This way they generate fear regarding the well-being of the country, and at the same time, a universal hatred for the ruling elite.

And then they drop their “chunaavi jumlas” that are all but likely to work with a population so benumbed with fear and hatred.  But this is not new. Hitler did just that.

He aroused people’s feelings by talking about their country’s glorious past, and then promised the sun and the sky and the moon. But this simple argument with a proven example will not convince anybody. Because whether it is Trump, or Modi, they, as I mentioned, already ensure the mind has been benumbed.

And the results are everything from sad to horrifying to laughable. Sad because you just missed the chance to elect a madame president after 240 years of independence.

Horrifying because you are so conveniently forgetting to condemn bigotry and xenophobia.

And laughable that despite given the chance to elect an erudite former secretary of state, you preferred somebody who would perhaps not even know whether Mosul is a city or a person or a food item.

But this sad, horrifying, laughable mindset, which has emboldened the extreme right-wing like never before, seems impregnable. What else can explain that despite a leading US newspaper publishing two pages full with over 200 or so instances of lies told by or bad behaviour put up by Trump, on the eve of the US election, he still won.

Truth be told, we liberals are just at our wits end on how to deal with this. It is a grave problem calling for great deliberation.

There has to be a thorough campaign to counter this, and arouse people from this mass hypnosis that these thug leaders are trapping them in.

Also read: Hillary stood no chance against Trump. Here's why

#Hitler, #Narendra Modi, #Donald Trump
The views and opinions expressed in this article are those of the authors and do not necessarily reflect the official policy or position of DailyO.in or the India Today Group. The writers are solely responsible for any claims arising out of the contents of this article.

Salman Nizami remained active in media for more than 10 years and later joined Politics and at present is associated with Indian National Congress.