International governance is a meticulous affair involving compromise and concessions. This gets even peculiar in a situation which involves issues of the environment.

That the quality of our environment is depleting each day is an accepted fact. Desertification, climate change, loss of biodiversity and global warming are threats that cut across borders. What makes things complex is that efforts to deal with the problem, namely through international architecture and solidarity, are fragmented because there is a deficit in terms of acceptability and responsibility of harm caused to the earth.

To add to that, diplomacy on environmental governance becomes problematic because the environment has been placed somewhere in the not so "high-power" domain of the international terrain that has traditionally been biased towards gains in war, securing self-interest and power aggrandisation.

Challenges to global environment regimes also come from biases and different approaches followed by the North and South. US President Donald Trump conveyed the same message to the global polity by withdrawing from the Paris climate change accord.

With an array of 194 countries in agreement with the accord, the US along with Syria and Nicaragua are not part of it.

A country as big as the US has always played the role of a hegemon to give stability to international order. Its role in policing may be like a bully or even unmerited, as is seen in cases of terrorism - yet in grave problems like climate change, its retraction sends a jolt to collective efforts. 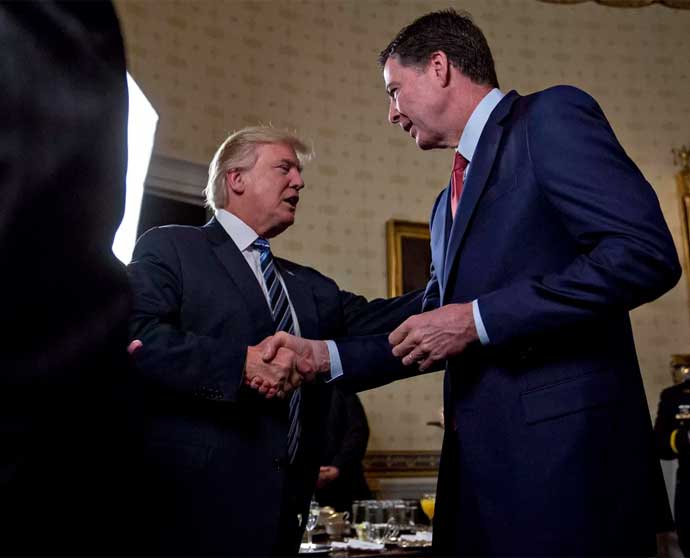 To say that there shall be only miniscule reduction in temperatures does not merit the response that one abandons the same, all in one go. With policymaking going on a highly segregated line, there are perplexing questions - namely, will it add more to the already existing environment-related regimes and norms in the world?

Also, will it lead to isolation of the US or of already existing multi-lateral environmental agencies? Even in the past, whenever the US sends jitters, namely protectionist policies, populist measures, where the idea of an interdependent world is challenged, countries like China have offered ideas of realignment of the world order.

Environmental governance has always been regulated by "nature", where international procedures have been insufficient enough to tame it. With the reordering of political forces, and issues of power, threat and security being seen in a multi-dimensional way, the idea of "global" is connected to local.

States like Minnesota have expressed the desire to carve out their own climate change strategy. International policies too demand democracy, therefore the red and blue states are also voicing concerns, because global problems like climate change are porous in their impact on the everyday lives of people.

The technicalities - namely economic and normative - should have been pondered over before announcing the decision. Focus on job loss as an explanation cannot do away with the fact that diversification of energy demands and supply is the need of the hour.

Even a country like India is attempting for changes from coal to solar energy sources, regardless of costs.

With businessmen Elon Musk and Robert Iger quitting Trump's advisory council, the picture that comes forward is all what a capitalist-driven agenda can offer - namely gloom in quest of reckless search for profits through irrational decisions in a highly unsustainable world.

Any nation reneging on its commitments should think that by going back on its words, will it be taken seriously in the future? Norms and regimes develop over time and civilisational duty requires respect for mutually working out trade-offs.

With the US pulling out of the Paris Agreement, the focus also shifts towards the European Union - as German chancellor Angela Merkel and French president Emmanuel Macron support the initiative.

The need of the hour is to deliberate on what kind of message a dealmaker like Trump wishes to convey to the international audience - when the US's relationship with the EU, commitment towards global problems and dissent back home are under the scanner.

Climate change imperils the future of all and the Paris Agreement puts a question mark on a shared future for clean energy. The world is moving through turbulent times, where China, Germany and India are seen as more dependable than the US.

Recklessly abandoning the accord displays the ignorance that the deal is not just about emissions, but also about the challenges for long-term sustainable development.

Global efforts to limit global warming are here to stay, from iconic buildings like Oval Adelaide to the Eiffel Tower all lit up in green. It is now for the US presidency to think that wallowing in fear and anger does no good, because global justice for a clean earth has become a project of social entrepreneurship, where amid the outrage, there exists motivation to move on.