Shady campaign finance, sex scandals, hush-hush pay-offs and US presidents sound like just another season of the critically acclaimed Netflix thriller House of Cards, doesn’t it? But this is 2018 and fact is now as strange — if not stranger — than fiction.

It starts with a former pornographic actor Stephanie Clifford —more famously known by her nom de guerre "Stormy Daniels" — who alleged that, more than a decade ago, in 2006, the current US President Donald Trump and she had an affair, just about a year after he had gotten married to Melania Trump, the current First Lady. But it is not the affair that is the biggest part of the story. After all, Trump is a man of little class. What else can you expect from someone who says things like “grab ‘em by the pussy” and has multiple allegations of sexual assault and inappropriate behaviour surrounding him, spanning decades.

It’s the hush-up where this story gets murky. 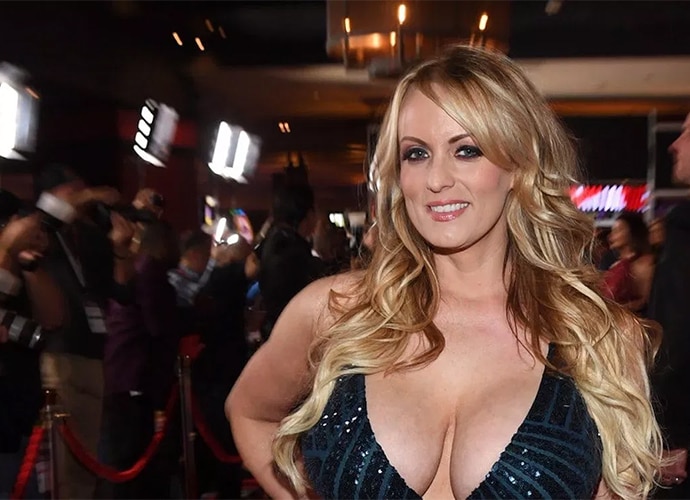 She set off a storm. But an extramarital affair is hardly shocking for Trump. (Photo: Reuters)

According to The New York Times, in 2015, during the US presidential election campaign, American Media Incorporated (AMI) in collusion with Michael D Cohen, Trump’s lawyer, “fixer” and a member of the Trump campaign, made attempts to identify negative stories about Trump’s alleged affairs, “so they could be purchased and their publication avoided”. They found two: Karen McDougal, a former Playboy model and Stormy Daniels. By October, 2016, barely a month away from the 58th American Presidential elections, Cohen, the NYT reported, formed a shell company to reimburse AMI for a payment worth $125,000 made to McDougal, and in the same month, Cohen agreed to pay Stormy Daniels $130,000 to hush the story up.

A little more than a year later, when the story was first broken by The Wall Street Journal in January, 2018, Cohen, on behalf of his client Donald Trump, denied the existence of such an affair (pun unintended). Curiously, however, a month later, in February, 2018, Cohen admitted to having paid Daniels the money, adding that the payment was made with his own money — not campaign funds. Later, in April, in an interview on Fox & Friends, Trump made the first admission of the Stormy Daniels story when he said: “[Cohen] would represent me and represent me on some things. He represents me like with this crazy Stormy Daniels deal, he represented me.” Less than a month after, in May, Trump's personal lawyer and former New York City mayor Rudy Giuliani said on Fox News that Trump "did know the general arrangement" of Cohen's payment, but not "the specifics". Cohen did not 'take a bullet' for Trump. He admitted under oath that he hushed up two affairs under Trump’s instructions. (Photo: Reuters)

By this time, the case had reached the courts.

Cohen, who had once said he would “Take a bullet for Trump,” essentially admitted under oath that not only did he hush up two affairs; he did so under Trump’s instructions.

Laws and ethics about campaign finance exist in the US for the simple reasons of transparency and deterring corruption. A Vox analysis argues that even if Cohen were to deny this was campaign money used to pay off Daniels and McDougal, the proximity of the payment to the election date, and the purpose of the payment would still put him and Trump under the bus. In fact, after the hearing, Cohen’s lawyer Lanny Davis took to Twitter and asked: “Today he stood up and testified under oath that Donald Trump directed him to commit a crime by making payments to two women for the principal purpose of influencing an election.  If those payments were a crime for Michael Cohen, then why wouldn't they be a crime for Donald Trump?”

Trump may or may not face legal repercussions of this, at least during his term as President now, given how notoriously slow the Federal Election Commission is in its functions.

But what can be a possible result of this behemoth of a case is something that a lot of voters have been asking for a long time — impeachment. 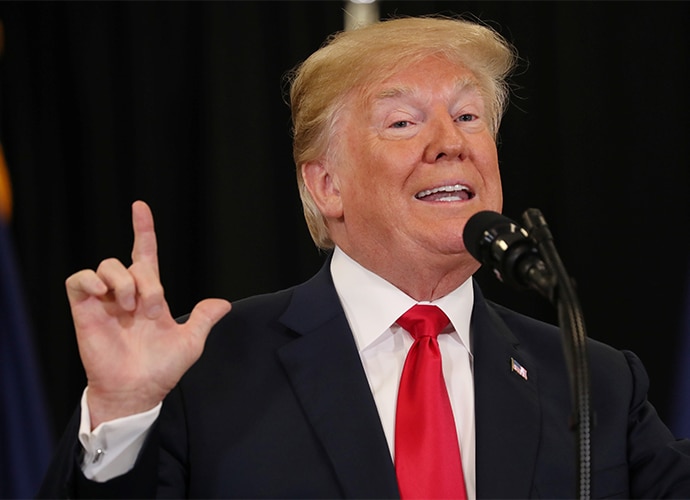 “I’ll tell you what, if I ever got impeached, I think the market would crash.” (Photo: Reuters)

Trump, of course, ever the loquacious Presidential being, proclaimed on Fox & Friends on August 23 that, “I’ll tell you what, if I ever got impeached, I think the market would crash.”

While that may sound like regular Trump-esque poppycock, is there any validity to such a claim?

According to a Market Watch report, “The market has been demonstrating remarkable resilience”, despite Trump’s legal predicament. The Dow Jones Industrial Average (DJIA) has gained 3.8% so far in 2018, and the Standard & Poor’s 500-stock index (SPX) has risen by about 7% over the past eight months. The Nasdaq Composite Index (COMP) has gained more than 14% so far this year, and the current bull market, Market Watch noted, is the longest on record, spanning 3,454 days, as of Thursday’s close. This has even led the president to tweet: “Longest bull run in the history of the stock market, congratulations America!”

An NYT analyst, though, noted that by virtue of bull markets being defined as a “stretch” only when the stock market rises without suffering a 20% drop, a market boom that started in December of 1987 and lasted for a 4494-day stretch would not yield that crown.

Even Market Watch noted that despite his “pro-growth” policies and the corporate tax cuts enacted in late 2017, Trump isn’t the main driver for the current market expansion. In addition, the current bull market “stretch” began and largely occurred under the reign of former President Barack Obama.

Of course, should Trump get impeached — it seems unlikely, if not impossible — the markets, though they may take a hit, will not “crash” per se. According to CFRA (a leading international independent research firm) chief Sam Stovall, stocks may fall 5%-10% (or even up to 20%), but “we do not think it will lead to recession and therefore will not result in a bear market.”

Impeachment or not — and consequent market crash or not — the Stormy Daniels scandal (the hush-up, not the affair) is yet another landmark blotch on Trump’s presidential career. The presidency is under the weather — and this may just be the beginning of bigger “Storms” to come.

Also read: Why Imran Khan didn't deliver a swearing-in address, he talked to the nation