Why drones are the future of warfare

There is no doubt that drones could leave the infantry jobless in a few decades from now. Does India realise this?

On January 5, something happened in Syria that will remain as a first in the history of warfare. Though it was not widely covered by the world media, it may prove to be a game changer. The website of Global Risk Insights reported that the Russian forces stationed in Syria suffered a case of swarm attack by drones. Despite the fact that the UAVs were rather crude, it was certainly a new development. What happened?

Two Russian military bases in Syria — one in Hmeymin and a logistic and supply base in Tartus — were targeted by a swarm of 13 GPS-guided drones carrying improvised explosives. While seven drones were shot down by anti-aircraft missiles, six were hacked by a cyberwarfare unit. Upon landing, three drones exploded causing extensive damage to Russian planes; three others were captured by Russian forces.

Quoting experts Global Risk Insights said, “Despite the attack itself not necessarily being spectacular by terrorist standards, this event heralds a near future where technologies like swarm drones will be increasingly employed by violent nonstate actors and terrorist organisations.”

The cost of a drone was estimated at 1,000 euros (Rs 75,000). In a recent issue on "The Future of War", The Economist observed: “In the 19th century the speedy victory of the Prussian army over France in 1870 convinced European general staffs that rapid mobilisation by rail, quick-firing artillery and a focus on attack would make wars short and decisive.”

In the 1930s, strategists started believing that “aerial bombardment of cities would prove devastating enough to prompt almost immediate capitulation”. Then in 1990-91, America demonstrated during the first Gulf war what “a combination of its precision-guided munitions, new intelligence, surveillance and reconnaissance methods, space-based communications and stealth technology could achieve.”

Then September 11 took place and wars "took a different course". The Economist’s report argued: “Potentially the biggest change to the way wars are fought will come from deploying lots of robots simultaneously.” It quoted Paul Scharre, an autonomous-weapons expert at Center for a New American Security, who has pioneered the concept of swarming: “Collectively, swarms of robotic systems have the potential for even more dramatic, disruptive change to military operations. Swarms can bring greater mass, co-ordination, intelligence and speed.”

There is no doubt that drones could leave the infantry jobless in a few decades from now. Does India realise this?

In October 2017, The South China Morning Post mentioned: “high-altitude spy drones could help China dominate ‘near space’ — a region of the Earth’s atmosphere that is at the heart of a modern-day space race.” Near space, which starts some 20km above sea level, has always been considered a "death zone" for drones: “Thin air at this altitude makes it hard to generate lift, while extremely low temperatures mean electronic components like batteries are prone to fail,” explained the Hong Kong newspaper, adding: “However, a new type of Chinese-developed drone that is undergoing testing appears to have overcome such difficulties.” Till then, the Northrop Grumman RQ-4 Global Hawk was the highest flying drone, having reached an altitude of 19km; that was before a Chinese research facility in Inner Mongolia successfully tested an experimental drone at an altitude of 25km. 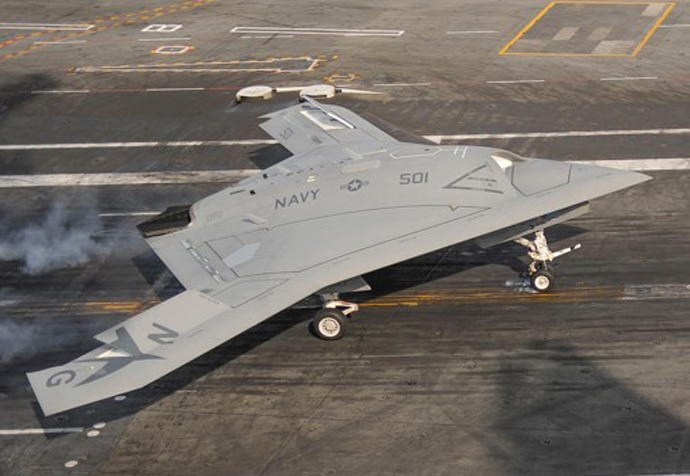 Two months later, according to The Drive — researchers from the People’s Liberation Army (PLA) National University of Defence Technology (NUDT) conducted an experiment involving approximately two dozen of small fixed-wing unmanned aircrafts. Citing an official PLA publication, the website said: “The test consisted of the entire group of drones acting as a swarm to complete a simulated reconnaissance mission. The individual aircraft operated together as a single entity and performed certain unspecified portions of the flight autonomously.”

Shen Lin Cheng, the head of NUDT’s Institute of Artificial Intelligence Sciences, explained: “We have precise short, medium and long-term objectives, which are consistent with those set by the government on the modernisation of the Chinese armed forces by 2020, 2035 and 2050.”

Already in June 2017, the state-owned China Electronics Technology Group Corporation flew some 120 unmanned fixed-wing aircrafts; the entire formation acted either as one entity or in small groups breaking away with separate objectives.

The US is not left behind. In October 2016, the Department of Defense’s Strategic Capabilities Office tested with its Perdix a miniature air-dropped unmanned aircraft. Two months later, the US Department of Defence issued a communiqué announcing that one of the world’s largest micro-drone swarms had been successfully demonstrated at China Lake, California. Note the name "China Lake"!

The test conducted consisted of 103 Perdix drones launched from three F/A-18 Super Hornets. The micro-drones demonstrated "advanced swarm behaviours" such as collective decision-making, adaptive formation flying, and self-healing. The DoD release added: “The demonstration is one of the first examples of the Pentagon using teams of small, inexpensive, autonomous systems to perform missions once achieved only by large, expensive ones.”

Meanwhile, drones belonging to SF Express, China’s biggest private courier company, have been drafted by the PLA Air Force in Yunnan and Shaanxi provinces, to explore new kinds of logistics support. The South China Morning Post reported: “In the Yunnan drill, a company drone delivered urgently needed spare parts for a damaged radar in a rugged mountainous area in about an hour after the request was made, less than half the time it would have taken to truck in.” Whether it is for the state or non-state actors, the drones are here to stay and will be extensively used in future conflicts. The question is: what is India doing? Incidentally, China has not returned the Indian drone which accidentally fell in the Chumbi Valley.

Also read: 5 smartphones under Rs 35,000 that you should avoid buying

Post your comment
#US, #China, #Terrorism, #Warfare
The views and opinions expressed in this article are those of the authors and do not necessarily reflect the official policy or position of DailyO.in or the India Today Group. The writers are solely responsible for any claims arising out of the contents of this article.