Economic Survey 2019: How the medium of PM Modi's messaging found a special mention in the CEA's report

When Narendra Modi was elected the Prime Minister of India in 2014, modern India was quite similar to a teenager who was energetic, yet struggling to find their feet.

Indians had made their mark on the world map with their ability to innovate, break new ground and deliver simple solutions to complex problems. However, when discussions reached issues and concerns within the territorial borders of the Republic of India, we were left wanting. Unlike many of us who thought poverty was the only reason India was unable to progress, we were unable to conduct a root-cause analysis and decode the real reason why we were unable to discipline seemingly endemic poverty. 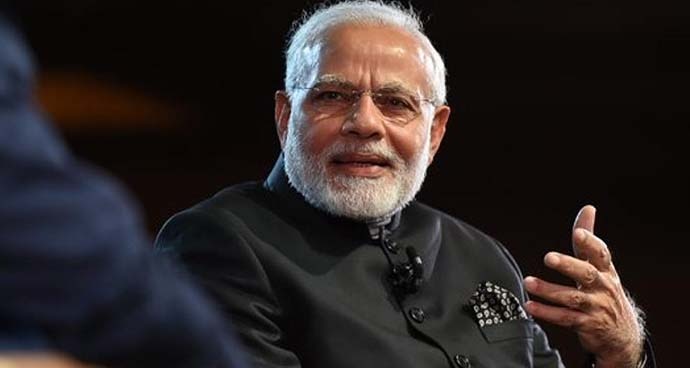 He knows the medium. And the message. (Photo: Twitter/@PIB_India)

PM Modi sought to bring reforms that would improve social indicators, provide a basic security net that encompassed adequate health, education, ease of living, and eventually empower the poorest citizens with tools that they could apply to alleviate their economic position. Dependence on subsidies and dole-outs over decades had clearly not helped.

With every citizen being perceived as a stakeholder and an agent of growth, reform-based governance that would bring long-term changes and ensure India's growth story was mirrored across 1.3 billion lives in NaMo 1.0. "If every one of the 130 crore Indians takes one step forward, the country too will go that many steps ahead," Narendra Modi had said. The use of technology was thus maximised to minimise human intervention, control leakages and assure delivery.

As a management student, one was always asked to measure the success against the costs incurred and benefits accrued.

On a macro scale now, this can be viewed as the economic (including behavioural) value added by the reforms. As Economic Survey 2019 espouses, Gross Domestic Product (GDP) growth is pegged at 7% and it observes an increase in private investment on the back of increased consumption — it is important to test if it echoes the impact of amends and initiatives undertaken by NaMo 1.0.

Chapter 2 of the Economic Survey 2019 discusses in detail three important factors that mark the policymaking framework adopted by NaMo 1.0.

One, the broader impact of social welfare schemes and their ability to drive change. Two, by reducing the cost of switching to zero, these policies have 'nudged' people to make choices that were otherwise expensive — without taking away the freedom to choose, which is not the case in mandate-based policies. Three, 'reinforcements and reminders' to sustain the decision of making the desirable choice.

Furthermore, the Narendra Modi school of thought, which advocates tangible change and a modern value system, against a rhetoric-heavy compromised cacophony, is also concisely assimilated in the document. It has the courage to identify social evils and not be reluctant about this — a refreshing change from similar documents that are limited to being just data repositories.

While it is the mandate of the government of the day to draft policies and implement them, the way each citizen leverages those policies to uplift her socio-economic standing can be calibrated based on a range of variables, including an ability to appreciate the policy and a tangible incentive to opt for the same.

Modi has spent a significant portion of his life travelling the nation — therefore, he is able to understand the difference between a Homo Sapien and a Homo Economicus.

The latter being ahead on the intellectual ladder will inevitably make suitable choices. However, it is the 'aam nagrik' who needs nudges and incentives to make the best choice. Repeated pitches for cleanliness were 'nudges' — a mandatory condition of a bank account to avail direct benefit transfer was an incentive to participate in financial inclusion. To align people's choices with government policy, it was imperative that the inertia was untwined, without any additional cost, across levels spanning from laissez-faire, nudge, incentive and mandate.

Launched to achieve universal sanitation coverage, the programme was the first of its kind to register dramatic behavioural change across economic, regional, social and cultural equations. Household access increased to around 100% in all states in just five years. Several schemes similar to Swachh Bharat Mission were launched before too — then why did SBM succeed and others did not?

A critical difference between the previous schemes and SBM was that the latter did not limit itself to physical delivery of toilets — it stressed on the 'use', which is where the cost was incurred. The cost of shifting the habit of defecation in the open included repeated campaigns, household surveys, recruitment of more than five lakh swachhagrahis, participatory rural appraisals and community-led total sanitation.

Consequently, as the National Annual Rural Sanitation Survey (NARSS) 2018-19 shows, around 93.1% rural households had access to toilets and 96.5% of these households used it.

a) 90.7% of villages that were previously declared and verified as ODF by various districts/states retained the status.

b) The survey observes that there is a high correlation between female literacy rate and access to toilets. This will successfully enhance female work-force participation and reduce early-age marriages.

c) The survey, in a refreshing shift, takes note of the power of positive messaging that was instrumental in the success of SBM. At the same time, a fear of being isolated was also effective in motivating habitual conformers to participate without ado. This partially enfolds the vision of yet another flagship programme of NaMo 1.0 — Beti Bachao, Beti Padhao (BBBP).

An ambitious campaign to arrest the declining sex ratio and champion gender equality, the BBBP was launched on January 22, 2015, from Haryana's Panipat — known for its historic role in fighting tough battles. As mentioned earlier, policies need to be repeated and reinforced for people to ratify the choice. BBBP being an awareness campaign, it consciously made itself visible on multiple occasions, including International Women's Day.

The survey impresses that all the large states of Uttar Pradesh, Madhya Pradesh, Rajasthan, Chhattisgarh, Andhra Pradesh and Jharkhand, which registered declining child sex ratios between the 2001 and 2011 censuses, showed a reverse trend. When a father in Haryana launched the 'Selfie with Daughter' initiative, the underlying message was to instil a sense of pride in parents of daughters; Haryana had the worst child sex ratio at 834 among Indian states against a national average of 919 (as per Census, 2011). The lack of enthusiasm associated with the birth of a daughter was a social redundancy that needed to be weeded out — by nudging parents to celebrate their daughters and their achievements.

d) The survey succinctly notes that BBBP was not just about being proud of daughters — it was also about proclaiming this in public.

As against the norm where failures are highlighted, this campaign aimed to impress its point on those who did not subscribe to orthodox social convention.

Unlike traditional surveys that sidestep the role of variables other than numerical data, Krishnamurthy V Subramanian makes special mention of the power of messaging and its potential to steer a policy towards meeting its intended goal. 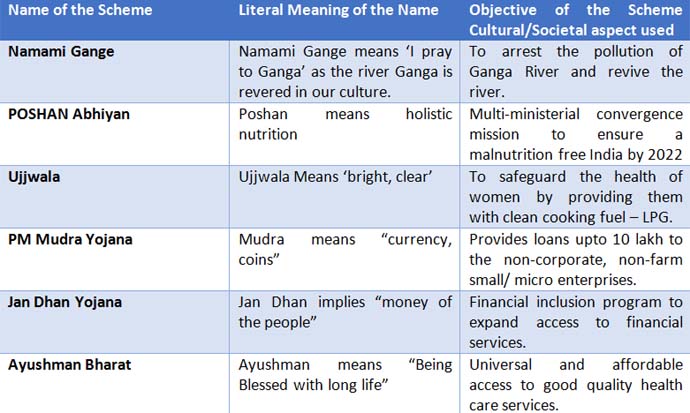 The Economic Survey 2019 further elaborates on the principles of Behavioural Economics that must be incorporated in policy making to make those policies effective post-implementation and how these principles must be used to overcome cognitive biases such as sunk cost bias, failure bias, etc.

On the occasion of India @75, in line with Narendra Modi's vision of 'New India', the survey revisits Mahatma Gandhi's Seven Social Sins, which was published in Young India (October, 1925). It suggests that these seven sins be interpreted and applied to recalibrate choices made by citizens at large. Narendra Modi's unconventional decision to craft policies that not only drive development and growth, but also cement social values, is reflected in the Economic Survey 2019 too.

It is indeed a bold decision by CEA Krishnamurthy Subramanian to examine the role of social values in policymaking.

I hope technocrats who have been apologetic about value-based inferences will take a cue — and not see the impact of policymaking from the narrow prism of statistics alone.

Also read: Budget 2019 must be big and bold: Nirmala Sitharaman must go for serious capital infusion and tangible tax breaks

Post your comment
#Beti Bachao Beti Padhao, #Ayushman bharat, #Narendra Modi, #Economic survey 2019
The views and opinions expressed in this article are those of the authors and do not necessarily reflect the official policy or position of DailyO.in or the India Today Group. The writers are solely responsible for any claims arising out of the contents of this article.