India's sweet spot: Our economy is stable, although financial disasters loom across the world

Multiple economies are facing 'contagion' globally. India is in a stronger position but must watch its fiscal deficit, savings rate and the impact from speculative exits.

It’s 10 days to the 10th anniversary of the collapse of the Lehman Brothers – and it seems no lessons have been learnt on how to manage crises. The collapse that led to what is known as the ‘global economic crisis’ is rearing its head again. From fiscally weak national budgets to excessive and unsustainable sovereign debt, potential financial disasters in emerging economies are rearing their heads, one nation at a time, from Pakistan to Indonesia. 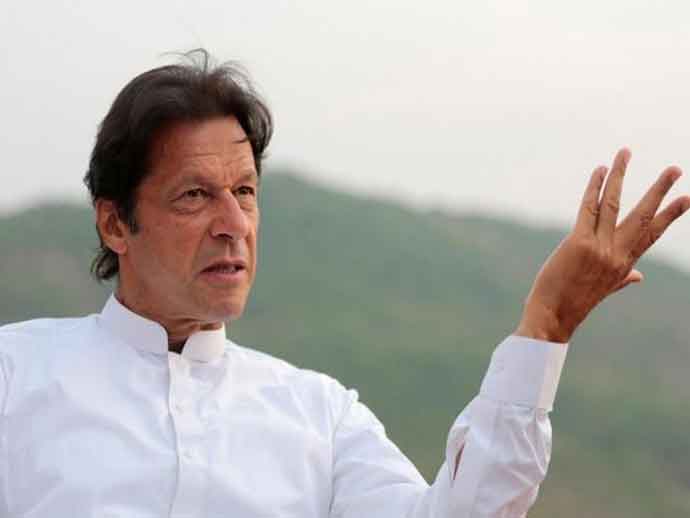 These have economic implications, of course – falling currencies, high deficits, rising inflation rates, economic vulnerabilities, debt servicing. Equally, there are severe non-financial import of these crises that can reach into the very innards of the sovereignties of these fragile nations.

However, it remains vulnerable to the herd mentality of currency and stock market speculators.

But first, a look at the global crisis map.

At Rs 123 to a dollar, the Pakistani rupee is down by a fifth in the past 12 months, following a balance of payments tension. Making matters worse is the external vulnerabilities of this global terror hub, particularly due to the rising medium-term external repayment obligations linked to the China Pakistan Economic Corridor (CPEC). Between CPEC repayment obligations and external financing needs, Pakistan’s requirements have risen to 7.5% of its $313 billion GDP. The Chinese Hand: The Pakistani rupee is down by a fifth in the past 12 months. It faces impossible debt conditions. (Photo Credit: Reuters)

With the US holding back $800 million in aid, and likely to prevent it from getting an IMF bailout, as it will be used to pay back the Chinese loan, the deep state of Pakistan, that has neutered the civilian government and runs the country, will need a 180-degree rethink on its terror activities.

The choice is clear but action on it would mean rethinking Pakistan, impossible at best.

Most of this is because of external factors – global volatility, uncertainty around US interest rates, and slowing down of China. These are accentuating internal factors such as reliance on non-resident financing of the fiscal and corporate sector debt. But if the rupiah continues to fall, as trends suggest, the cost of these debts will rise and bring vulnerability to the trillion-dollar economy. 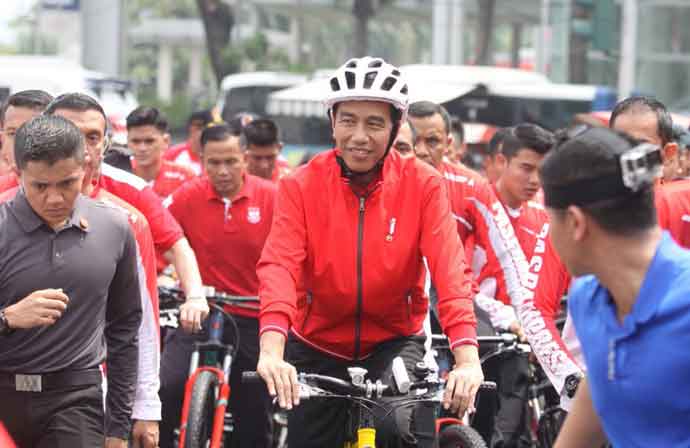 On a wobbly cycle: The Indonesian rupiah has fallen to its weakest level in 20 years. (Photo Credit: Reuters)

While Indonesian banks remain stable and systemic financial risks are under control, legacy issues of non-performing loans stand at 10%. A stronger US dollar could be disruptive for the rupiah. While its central bank, Bank Indonesia, is doing its bit by widening its pool of hedging tools, financial hardships, in the form of inflation and possible austerity, are expected ahead – for which President Joko Widodo has little room for manoeuvre, given that the country goes in for general elections in April 2019.

The value of the Turkish lira is down by 40% since the beginning of the year, following sanctions by the US, finally throwing the country off the financial precipice of high inflation of more than 17% – the highest in 15 years – and a large current account deficit of 5.5%.

Irrespective of how strong the leader may be, such a high inflation rate has the potential to shake the political foundations of President Recep Tayyip Edrogan. 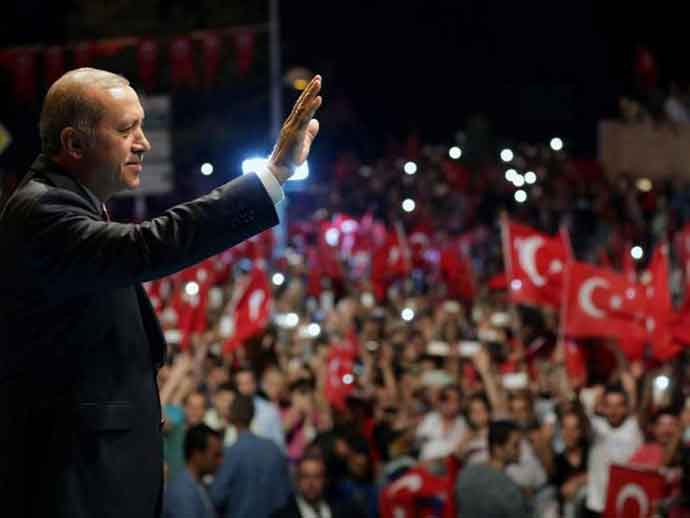 Waving his powers goodbye? High inflation in Turkey has the potential to shake the strength of President Edrogan. (Photo Credit: Reuters)

These financial outbreaks are really symptoms of larger and unresolved problems – in 2017, Turkey’s net FDI declined to less than 1% of GDP, while its net international reserves fell by 13%. The $850 billion economy has large gross external financing needs, low reserves and dependence on short-term capital inflows, making it vulnerable to global volatility.

Following the halving of the value of the peso to 38 from 17 a year ago, Argentina has increased interest rates in its $637 billion economy by 15 percentage points to 60%. The already high inflation rate has jumped to more than 30% in July 2018, from less than 25% six months earlier.

In a December 2017 report, the IMF had alerted the country about the markets perceiving the currency as being significantly out of line with medium-term fundamentals. The resultant adjustment could lead to an increase in public debt-GDP ratio. Announcing an economic emergency and as a precursor to a $50 billion IMF bailout, President Mauricio Macri has pushed for new austerity measures – cut spending and increase export taxes to reduce its budget deficit.

A loan from China, under its infamous Belt and Road Initiative, to Montenegro, has put the Balkan nation on the brink of financial disaster – on a debt that adds up to 19% of its $4.8 billion GDP, the rising dollar has raised the cost of the loan by 13% and taken the country’s debt-GDP ratio to 78%. The Bar-Boljare highway project, that aims to connect Montenegro’s coast with landlocked Serbia, is creating fiscal pressures. 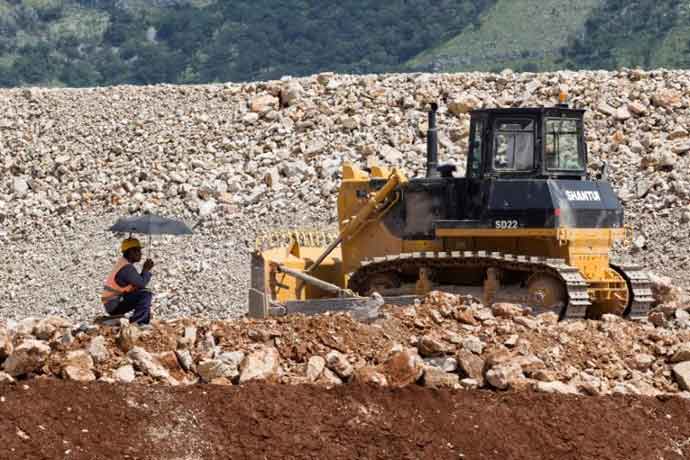 Building or breaking down? A loan from China to Montenegro has put the Balkan nation on the brink of financial disaster. (Photo Credit: Reuters)

Accentuating these are political pressures on public debt. A strange case of what is known as ‘unilateral Euroisation’ – the country uses the Euro without being part of the EU – Montenegro has no independent monetary policy to support or come to the rescue of its fiscal policy. Add to that the country’s limited fiscal space, and what this tiny tourism and real estate nation has is a unique vulnerability. And a major political challenge for Prime Minister Dusko Markovic.

In a recent report, the International Monetary Fund stated that financial stress has materialised in 30% of the 59 low-income developing countries (LIDC), with 40% of LIDCs now facing significant debt-related challenges, up from 21% five years ago. As many as 33 LIDCs that collectively account for 7% of the world’s population and 0.7% of world GDP, are in “fragile situations” – weak institutional capacity, armed conflict, or both.

Despite the shrill and angry political rhetoric, India has remained protected from these high tides of crises.

Economic reforms have helped, of course – the shift to a more efficient goods and services tax (GST), the Insolvency and Bankruptcy Code, an inflation-targeting monetary policy framework, and more steps towards liberalisation of foreign direct investment (FDI), among others.

Above all, the most invincible shield India has against a financial crisis is economic growth that has been rising consistently over the past four quarters and stands at 8.2%, a figure no analyst or institution, Indian or international, expected. This growth, and the resultant higher taxes, will more than make up for financial vulnerabilities.

The 12% fall in the value of the rupee over the past 12 months is nowhere near a crisis.

Despite an angry politics that’s getting angrier with every election, state or municipal – the democratic tax we pay to be free – the real danger in India is a race to the fiscal bottom. This is happening through the use of freebies, such as the new demand for pension for farmers by Anna Hazare, for instance, or farm loans during state elections.

For a country that has a per capita income of less than $2,000, such demands and the accompanying political rhetoric burden the fiscal. In an election year, such demands will rise. Fortunately, Prime Minister Narendra Modi is keeping these at bay, and using the extra funds carefully – the Rs 500,000 health cover for the poorest 100 million households for instance. 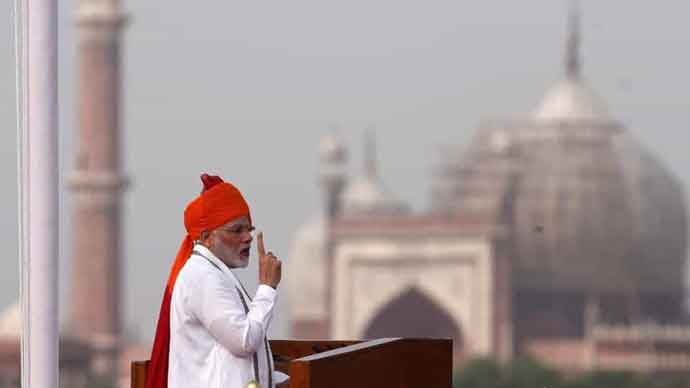 Standing Strong: India's economic growth has been rising consistently over the past four quarters and stands at 8.2%. (Photo Credit: Reuters)

Compared to the six examples above, India neither has a currency crisis, nor a debt crisis.

What it does have is a growth advantage, a rising tax-GDP ratio lever, and a higher tax-paying population – all of which are virtuous economic indicators. The drop in savings rate, to 29.6% in FY2017 from 31.4% in FY2014, remains a cause for concern.

Not only must the savings rate rise to support and catalyse future growth, it must turn into investment and not stagnate as physical assets. In a political year, the best we can expect is the maintenance of economic growth, a steady fiscal and low inflation rate; the new government will reprioritise its finances.

But do remember, on the international financial high table, fund managers act as a herd. So, the noises of “emerging markets crisis” are really a signal for global investors to pack up and leave, or sell high and buy low. The market is flooded with talks of an “emerging markets contagion”. Such tendencies are good for speculators and short-term investors that make money through volatility.

The Indian market has so far remained protected from the downside, with a rise of 20.1% over the past year, after Germany’s 32.4%, and the US’s 21.4%. Barring a slight overvaluation that may correct as the next quarter numbers deliver profits, there is little real risk to the India story.

In fact, it only seems to be getting stronger.

Strong and Steady: The Indian market has so far remained protected from “emerging markets crisis”, with a rise of 20.1% over the past year. (Photo Credit: Reuters)

And if global funds are seeking a place to ride a large market in a trillion-dollar plus growing economy, which better place than India?

For now, be comfortable in the knowledge that the Indian economy is stable and growing – but stay alert to speculative exits. Given the former, the latter are an opportunity to buy. More on this later.

Also read: Why there is still no clarity on PM Modi's demonetisation gamble

#China, #One Belt One Road, #Pakistan, #Indian Economy
The views and opinions expressed in this article are those of the authors and do not necessarily reflect the official policy or position of DailyO.in or the India Today Group. The writers are solely responsible for any claims arising out of the contents of this article.