What is the power of social media? If leveraged it can make governments come into power, help stalkers or can abate cyber crime against the very young, or it can incite mobs to lynch unsuspecting men.

Yes, we have all accused social media, time and again, to be a catalyst or all things wrong. So it came as a retrospective surprise to look back at the last month of Ramzan and the unexpected part that social media played in something good and heart-warming.

Towards the start of Ramzan, a group of 12 women hosted an interfaith iftar party for about 70 people. Most of the guests had never been to a Muslim house or iftar before. All the food was lovingly cooked in-house and doors thrown open for strangers.

It all started from an unassuming post on Facebook asking if there was anyone who had never been to an iftar before. An overwhelming response got us thinking. We had always been hosting iftars for friends and neighbours all through our lives. But this was novel. As the people who responded were total strangers mostly. There was a CSDS study recently that said 33 per cent of Hindus don’t have a close Muslim friend.

Did that possibly mean that 67 per cent of the majority community had never been to an iftar? They don’t know about our cultures and our food?

Is that why it has been so easy for propaganda machinery to drive a wedge between the two communities? Could they be reached out to? It wasn’t just the guests who were strangers, but also the 12 co-hosts. It was a truly community-driven voluntary event executed entirely through WhatsApp, Twitter and Facebook. A diverse group of Muslim women — writers, bikers, pilots, bloggers, journalists, lawyers and food and IT entrepreneurs — coming together without knowing each other for a cause. It showed that all the socially conscious citizens felt the urgent need to reach out in today’s times.

As one of the co-hosts, Rukhsar Saleem says, “I feel in the times we are living, it is not just important but need of the hour that people should know us or at least not harbour negative stuff. I recently had a very rough time in the past two months in finding a decent liveable rented space in Gurgaon that would be open for Muslims. Because people or I would rather say the majority, have highly skewed impressions of us — of what we eat, of how we live or maybe even how we think! Therefore, it is very important to work at multiple level.” 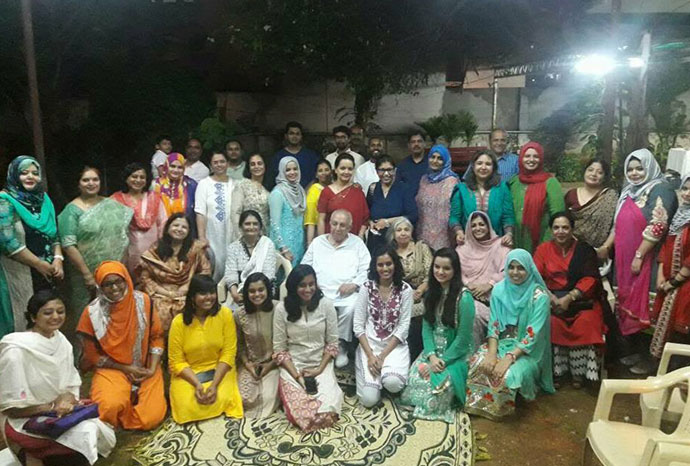 Rukhsar, in the midst of this house hunt, decided to roll out the carpet for many strangers from Gurgaon. It turned out to be an evening where myths were broken over breads. Many guests were surprised at the traditional vegetarian spread at iftar and touched at the love it was all made with.

The word spread. Women from Guwahati, Mumbai, Hyderabad also joined in the nation-wide silent revolution. Each place had its own local customs and flavours incorporated. While the ladies from Delhi wore gharara and served biryani for dinner, the ones from Hyderabad were in gorgeous sarees and scarves and dished out haleem. More from Bhopal, Pune, Dehradun and Bangalore tried to execute similar iftars. It was accompanied by a short two-minute introduction into the "why" and "what" of Ramzan fasts and how it was a time for introspection, prayers and "ibaadat".

Ibaadat being of many forms, including serving your fellowmen. As historian Rana Safvi, one of the co-hosts in Delhi, said, “A greater purpose here is to spread love in an atmosphere where there is a lot of misconception. In that we follow in the footsteps of our beloved Prophet whose 'akhlaq' was famous.” Many of the guests wrote back long emotional reads on their experience. Gauri Sarin, who has been on the right of politics, wrote on her Facebook wall, “Eid long weekend — can each one spend time with their Muslim friends instead of getaway?” She says she found this initiative path-breaking and was "surprised to see so many educated and articulate Muslim women.. why had they been visibly missing?". 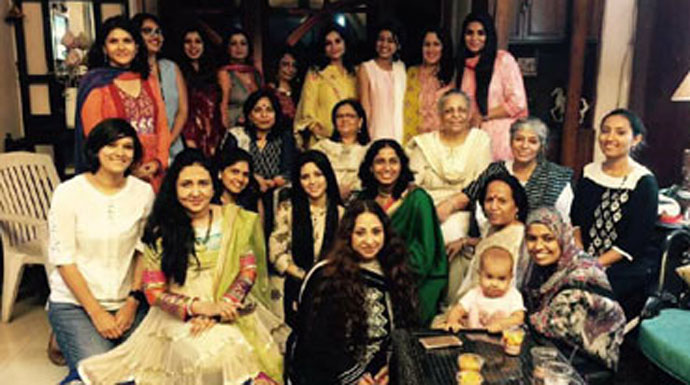 She amongst many others are now looking forward to be co-hosts next year. Many of these new strangers-turned-friends will be joining us at the peaceful silent march protesting unabated lynchings in the country this week. Noted lawyer, Sanjay Hegde, another co-host, says that such sharing of food helps appreciation for cultural differences and will initiate a much-needed dialogue.

Teresa Rahman, who was instrumental in bringing together the women for Guwahati chapter, says this was an important initiative to build ties and break stereotypes surrounding Muslim women, their homes, their culture and their houses. Dr Farrukh Waris who hosted the Mumbai chapter of the interfaith iftars said, "We are trying to create platforms of shared-common activities with Hindus, opening our doors and hearts to them, to establish a dialogue with them, to be able to help in demolishing barriers as the fear of unknown generates prejudices. It is just a baby step that we women have taken towards peaceful co-existence.” 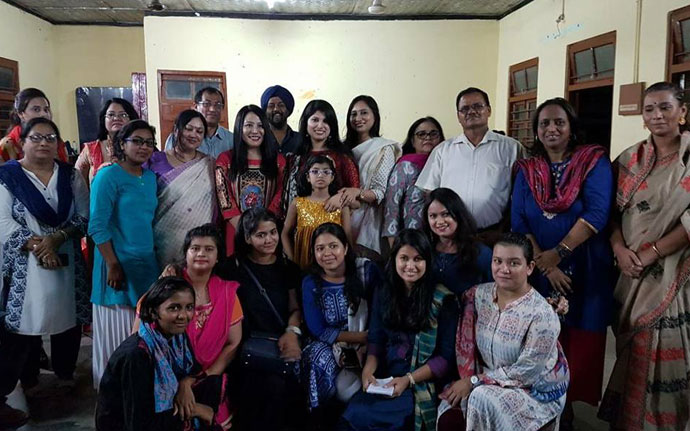 Asiya Shervani, who co-hosted the Hyderabad chapter, says, “I think through such platforms we need to have some of those hard conversations about what is Islamophobia, what does it look like, why does it exist. I think the iftars this year were a great start, but for them to not turn into tokenism and feel-good parties over time, we need to bring in some hard and real conversations. So, we should definitely continue with this next year, but we need to take the conversations a notch higher and focus on actions which we can collectively take. Also, to be truly intersectional, we should invite members from marginalised communities like Dalits and LGBTQs. This is a great first step. The transformative journey began this year, and it has to get deeper and more widespread next year.”

The intent is clear when people like Gunjan Hasan, the chef-in-chief of Healthylicious Kitchen, cooks all day for the interfaith iftar while her son is trapped inside a boarding school in Darjeeling because of a violent protest raging outside. We definitely need more positive actions and narratives to fade the effect of intentional and political negativity around us.

This Eid, let us pray that such community driven exchanges happen everywhere... At every level. Maybe we can help save another life from being lynched because of an unfounded prejudice or a wrong rumour that stands on the shoulders of stereotypes.

Let's save the world, one iftar at a time. Eid Mubarak!