A democracy cannot have multiple standards of transparency. But in India that exists widely and is practiced religiously. It is difficult to even imagine that a government, which forced crores of fellow Indians to stand in long queues to prove their integrity during demonetisation, cannot prod the country’s most responsible class to come clean on their businesses. Politicians in India not only enjoy VIP status, but even the finances of their parties savour VVIP status of non-transparency.

In a nation where the government is hell-bent on monitoring all financial operations of a corporate and a commoner, political contributions are the only transactions incentivised for their murkiness.

The much-hyped electoral bond is another smart incentive to preserve the opacity in political funding in India. While claiming to cleanse the political funding, the government has, in fact, invented a special currency to be used for political contributions. 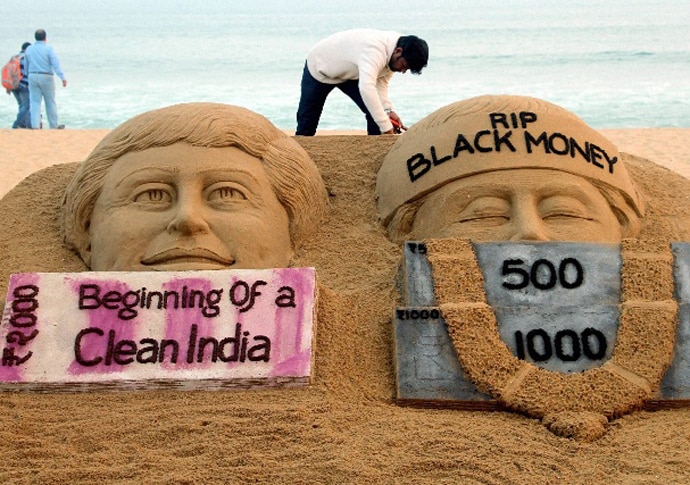 Political funds are not controversial because they are dealt in cash. Even in the middle of demonetisation in 2016, political parties were allowed to accept contributions of Rs 2,000 in cash. This rule continues till date. Political contributions are muddy because we never know the identity of the contributor. The electoral bonds (that can be bought from specified branches of SBI in multiples of Rs 1,000, Rs 10,000, Rs 1 lakh, Rs 10 lakh or Rs 1 crore) will not carry the name of the donor/s. Thus, the legal banking system will only be used to facilitate the entirely obscure and unlawful transaction.

To get to know about what has necessitated the invention of a new currency or electoral bond, one has to traverse through the list of unusual incentives political parties relish in India.

• For the first time In India, the Vajpayee government had conferred a “VIP” status to political contributions under the law of income tax. Companies were allowed to declare political contributions as expenditure, claiming a tax rebate on the same, while political parties are fully exempted from taxes. According to data collated by the Association for Democratic Rights, between 2012 and 2016, corporate donors contributed 85 per cent of funding (Rs 956.77 crore) to top five political parties. This transaction was by and large tax-free.

• Despite a crackdown on cash during note ban, the political parties were allowed to receive cash donations of small (up to Rs 2,000) amounts.

The amendments to the Finance Bill 2017 removed: (i) The limit of 7.5 per cent of net profit of the last three financial years, for contributions that a company may make to political parties. (ii) The requirement of a company to disclose the name of the political party to which a contribution has been made.

• With this change, the companies were allowed to offer, and political parties receive unlimited corporate funding without any obligation to transparency.

Were these incentives not enough to facilitate political funding? What has prompted the government to come up with electoral bonds?

The fact of the matter is that despite several concessions, it was not easy to make fat cash donations. With the help of electoral bonds, the big cash contributions will land in political accounts through the banking channel while the identities of donors will only be known to the political parties. No surprises if black money travels to political accounts via electoral coupons, purchased from the bank with forged identities (KYC).

It is time to pose some straight questions to the government:

1) Why should political contributions get a double (company and political party) tax exemption? What charity is being served with this funding?

2) What is the harm in telling the country who is paying how much to which party?

Now, we are required to be extremely strict with our politicians, or else we have to accept that whichever party is in power and howsoever popular the leader is, this darkness will never end.

Also read: Arun Jaitley in a FB post on why electoral bonds are necessary