Mrs Gandhi's imposition of dictatorial rule wasn't only influenced by domestic politics, but foreign dynamics, shaped by players from Castro to Carter.

Rumour has it that Indira Gandhi imposed Emergency rule in June 1975 after being told by Cuban supremo Fidel Castro that she was the next target of a United States-inspired assassination bid, following the killing of Chile’s Salvador Allende. 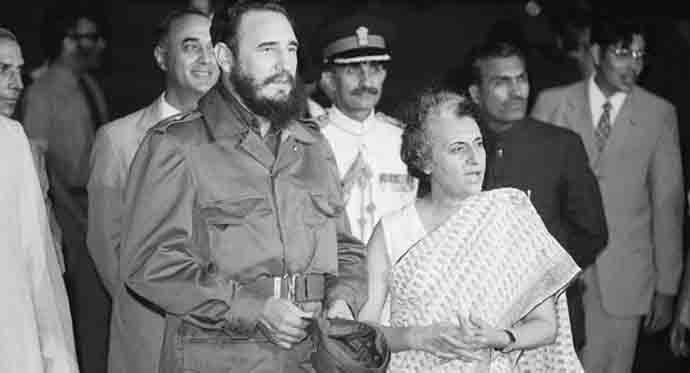 Convinced that her own life was in danger and that the aim was to destabilise India, it is argued, Mrs Gandhi declared a state of Emergency that placed all political opposition behind bars and clamped dictatorial rule, including constraints on Constitutional freedoms.

Surely, there would have been many, many other factors at play, but there is no doubt that it was a highly personalised decision that had few takers, even within her inner circle of aides and advisors. This is best captured by one of her closest and longstanding aides, her information advisor HY Sharada Prasad’s curious observation that the Emergency was "Indira Gandhi’s coup against her own prime ministership".

That Castro and Carter played a role in her personal decision draws attention to an interesting dimension of the Emergency — its location in the Cold War era.

There is no denying that Mrs Gandhi took India into the so-called "Soviet Camp", of the Cold War era, with the Treaty of Peace, Friendship and Cooperation that her foreign minister and the Soviet foreign minister signed in 1971. By the late 1960s, and certainly after 1971, Indian foreign policy moved away from the traditional Nehruvian non-alignment stance to a more explicit pro-Soviet stance.

The Emergency, in a sense, was the apogee of that shift.

It was no coincidence that many "pro-US" political leaders were arrested during the Emergency — but the very pro-Soviet Communist Party of India (CPI) was spared. In short, apart from all the domestic political factors that would have contributed to the imposition of the Emergency, the Cold War was clearly an important external factor.

Again, it may not be a coincidence that after the Emergency was lifted, and the "pro-West" Janata Party government was formed under the leadership of Morarji Desai, the-then US president promptly visited India, in January 1978, being the last US president to visit India in his first term until the visit of president Barack Obama in 2010. Something interesting happened when Mrs Gandhi was in the Opposition, in 1977-1980, and before she returned to power in 1980. She made critical references to the Soviet invasion of Afghanistan in private and let it be known in Moscow that she disapproved of the invasion. Back in office in 1980, she told visiting Soviet leader Leonid Brezhnev, "India is against all categories of interference which have affected the sovereignty, progress, prosperity, and nonalignment of the people of Afghanistan."

Mrs Gandhi clearly realised that India should in fact stay away from Cold War alliances and return to the pursuit of India’s own national interest.

In recognition of this switch, US President Ronald Reagan greeted her in Washington DC with the following words:

“In searching for words to describe the focus of your visit to Washington this week, I came upon a statement that you had made in Delhi when Roy Jenkins visited in 1980. And at that time, you said, "The great need in the world today is to so define national interest that it makes for greater harmony, greater equality and justice, and greater stability in the world." Well, that is more than an eloquent description of enlightened national interest. It can also serve to describe the foundation of the relationship between the United States and India, a relationship we seek to reaffirm this week. A strengthening of that relationship, based on better understanding, is particularly important at this time.” 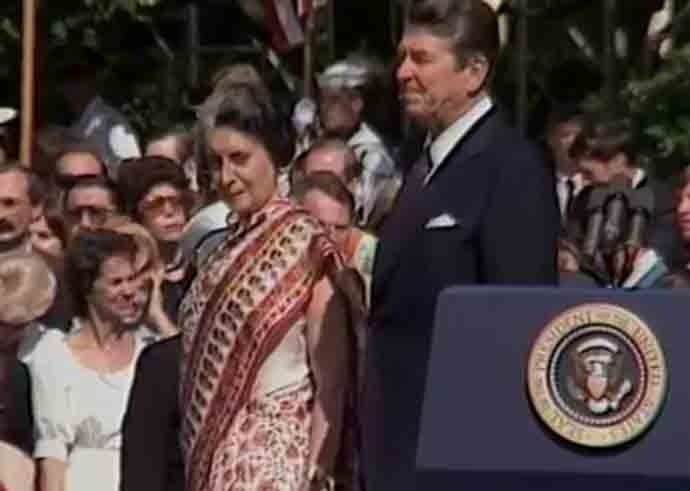 If indeed one important personal motivation for the imposition of the Emergency by Prime Minister Indira Gandhi was her own personal fear for her life — that she could become one more Third World victim of the Cold War — then this fear, along with genuine misgivings about the Soviet action in Afghanistan, may have helped restore balance to Indian foreign policy.

The Emergency period could well have been the turning point.

#US, #Janata party government, #Indira Gandhi, #Emergency
The views and opinions expressed in this article are those of the authors and do not necessarily reflect the official policy or position of DailyO.in or the India Today Group. The writers are solely responsible for any claims arising out of the contents of this article.