Emperors of Extraction: The Mughals did not make India rich. Claims of their welfarism only buttress a political agenda

In a DailyO article I came across recently, historian Rana Safvi has repeated a set of claims that form the foundational bedrock of the Republic of India. The point of these myths appears mainly to buttress the centrality of the Congress party’s role in the “Idea of India” (whatever that means). The story, as it goes, was that India was a rich wonderful Disney land, till the wicked witch of the west — Britannia, comes along and destroys everything.And what are the main claims made herein by Ms Safvi?

First, that the Mughals thought of themselves as Indian or, at the very least, Indianised. Second, that they made India “rich”. Third, that they wisely invested in “infrastructure”. Fourth, that unlike the British who extracted wealth, the Mughals ploughed it right back in.

And her proof?The moaning of travellers like Thomas Roe and Francois Bernier with a selectively chosen chart of historical world GDP share by Angus Maddison, showing India’s share go up from 22% of world GDP to 24%. 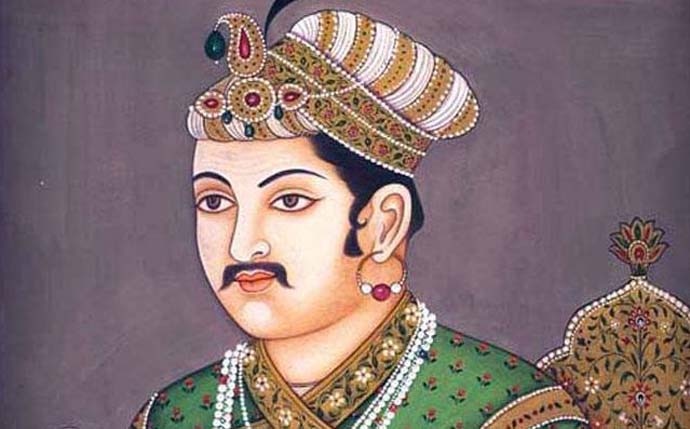 Despite the courtliness, did India really prosper under them? The evidence says no. (Photo: Wikimedia)

Let us dissect these claims.

The first claim of the Mughals indigenising is unexceptionable though it will require another piece to take down. This piece will focus on why I think her remaining three claims are laughable at best.

“Rich” and per cent share of world GDP don’t exactly go hand in hand. Let's take the three richest countries in the world; this usually rotates between Lichtenstein, Luxembourg, Qatar, Norway, Macau, Switzerland and Monaco — all extremely wealthy with a very high standard of living. Yet, their share of world GDP is negligible.

India and China, on the other hand, are two of the three biggest economies — and yet, China has vast pockets of acute poverty with extreme wealth concentration in the eastern seaboard, and India is dirt-poor, save for monstrosities like Antilla.

What one needs to look at then is the GINI Coefficients and per capita incomes of the period, best explained in Ian Morris’ The Measure of Civilisation: How Social Development Decides the Fate of Nations.

Let's take Angus Madison’s statistics for the same period, showing a complete stagnation in per capita income at 550 USD (in 1990 USD) for 300 years running from the 1500s to the 1700s. Clearly then, the temporary blip in GDP in the 1600s did not result in higher per capita incomes - in fact, India’s GDP went down from approximately 25% to 15% from the beginning of the Mughal empire to its end, with the collapse starting during Aurangzeb’s reign itself.

What then of inequality? One good measure is looking at civic architecture. In India, there is a noticeable absence of public goods — just monuments of, for and by emperors (what Safvi rather funnily refers to as “infrastructure” and implies that Shah Jahan knew of the “tourist potential” of the Taj Mahal), as contrasted to Europe during the same period - where every form of public good can be found, from bridges, town halls and theatres, built not by emperors but by the citizenry themselves. This, as Bibek Debroy shows, was the case in Maurya and Gupta India as well. 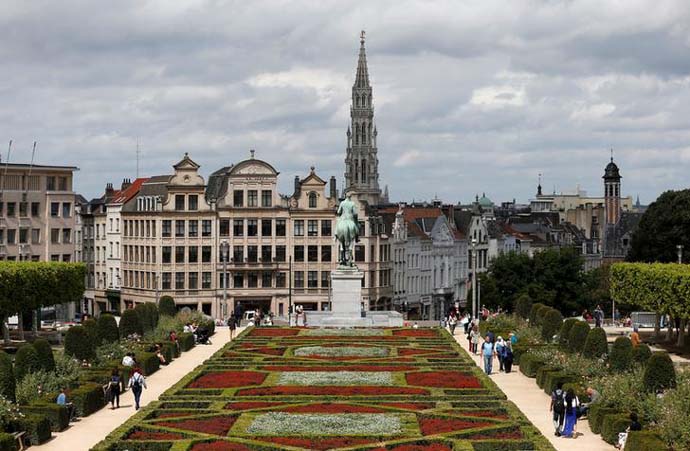 Unsurprisingly, Madison’s figures also show that for the entire period of the 1500s to the 1700s, the per capita income of these European states was significantly higher than India and continued to grow exponentially higher while India stagnated at 550 USD. In1500, for example, Italy led the pack at 1100 USD, followed by Belgium and Holland. The UK in 7th place had a per capita income of 714 USD — almost 50% more than India — and this increases to 974 USD in 1600 and 1250 USD in 1700, well before the era of colonial exploitation begins, while India remains stagnant at 550.

Add to this the point that almost 1/4th of the Mughal state’s revenue was the emperor’s personal property, that 1/3rd of the revenues went into maintaining the Omrah (or court) and that between 60% to 70% of revenue was concentrated in the hands of just 655 nobles — that tells you all you need to know.

The same Thomas Roe that Safvi quotes, for example, was shocked at the levels of poverty he encountered in India. The Mughal empire, like any medieval feudal empire, and the entire Islamic period in India was a period of economic stagnation — one that saw Europe steadily overtaking it even in the 1500s and reaching a massive power differential by the 1700s.

That arts and culture flourished in the near-total absence of public goods and civic amenities is, in fact, a confirmation of this extreme resource capture and extraordinary poverty that the vast majority of Indians endured. 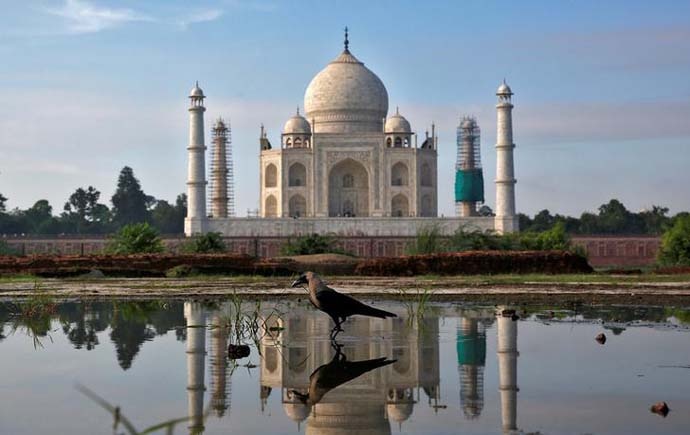 Was the Taj Mahal, in fact, built for private gratification? Or, public good? (Photo: Reuters)

India’s decline compared to the rest of the world starts sometime in the 1200s and by the 1400s, most European powers start overtaking it in per capita terms (the reasons for which are elaborated in Barbara Tuchman’s The Calamitous Fourteenth Century).The colonial era only exacerbated the difference because of India’s own stasis.

How is it then that British rule, for all its “wealth drainage”, still sees Indian GDP grow steadily — and for the first time in 700 years, sees an actual increase in India’s per capita income from 550 to 673 USD in just 100 years?Safvi seems to excel at apparently manipulating figures.

The basis of her argument is that as long as extortion stays with “Indians”, despite economic stagnation, despite horrendous inequity and lack of trickle-down, it is not extractive and exploitative — but extortion, if it is taken abroad, even though there is a clear rise in public goods (railways, bridges, civic amenities, etc.) and significant rise in per capita income, is extractive and exploitative.

Given that history is shades of grey, her assertions are laughable at best. But given the age we live in, where the works of Eric Diamond, Angus Madison, Ian Morris, Steve Pinker and Yuval Harari, have shown us new amazing and nuanced ways of perceiving history, Safvi’s piece comes off to me as eminently clueless, deliberately mischievous in the selective use of Maddison's statistics, ignorant of Europe, unaware of real economics and displaying all the pitfalls of finding convenient statistics to suit an agenda.

To quote Disraeli “there’s lies, damned lies and statistics” and Safvi, rather predictably, given her bloopers, fits solidly in that infamous last category.