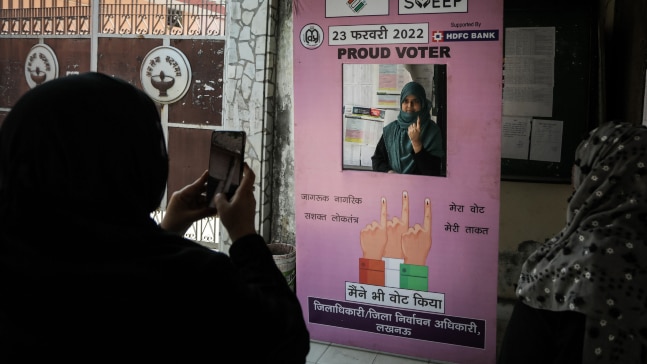 The high-octane assembly elections in these states end today with the last day of voting in Uttar Pradesh. But not all of the poll drama is over. The counting day for all the five states is March 10. But before that, there are the exit polls to get you betting on who’s going to win and who’s not going to win.

Here is what the exit polls predict for each of the five states:

Uttar Pradesh went to the polls in 7 phases, with 403 total assembly seats. BJP’s Yogi Adityanath seeks to retain a second term, while Samajwadi Party’s Akhilesh Yadav with his gathbandhan seeks to snatch back the Chief Minister’s seat.

EXIT POLL PREDICTION: BJP is expected to win major with 288-326 seats, SP 71-101 seats, Congress just about 1-3 seats, BSP 3-9 seats and others 2-3 seats. Incumbent Chief Minister Yogi Adityanath is the most preferred CM as per the exit poll at 45%, followed by Akhilesh Yadav of SP at 35%. Mayawati enjoys only 12% of favour while Priyanka Gandhi of Congress is at a mere 1%.

This is another state where BJP plans to retain its position. However, a leadership change in Uttarakhand brings slight uncertainties to the voting climate. BJP had abruptly replaced two of its Chief Ministers before the current Pushkar Singh Dhami took over.  AAP and Congress are trying to make inroads in the hilly state. Congress is suffering from anti-incumbency with former Chief Minister Captain Amarinder Singh abandoning the grand old party. Congress chose Charanjit Singh Channi as the Chief Minister, only 6 months before the polls, after Singh’s exit, with some claiming that the decision sidelined Navjot Singh Sidhu.

Captain Amarinder Singh made his own party and even shook hands with BJP ahead of the polls. While BJP seeks to make some mark on Punjab state, AAP and Shiromani Akali Dal (SAD) seem to have some weight in the state.

Of course, the farmers' protest that majorly stemmed from Punjab also has a key role to play.

EXIT POLL PREDICTION: The India Today-Axis My India predicts a big and surprising win for AAP in Punjab with 76-90 seats in their hold. Congress is predicted to win only 19-31 seats, SAD only 7-11 seats and BJP, a negligent 0-2 seats. AAP is expected to win the largest share of votes - 46% - from the Sikh Upper Caste community. Bhagwant Mann is AAP’s CM face. Malwa and Majha constituencies are predicted to swing the results in the favour of AAP. 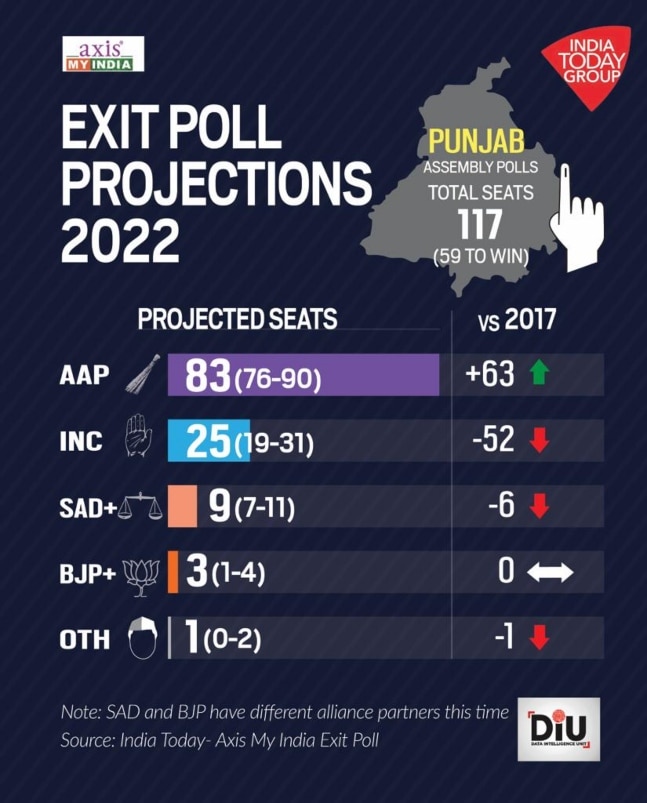 It was tough luck for Congress in this northeastern state, when its elected government was toppled by numerous defecting MLAs and pretty wild for the BJP to whom the power was transferred. While BJP enjoys major clout in the northeastern states, the 2021 Nagaland killings of civilians allegedly by Indian security forces may have an impact.

EXIT POLL PREDICTION: BJP is predicted to have a landslide victory in the northeastern state of Manipur with 41% of the vote share. BJP is expected to win 33-43 seats, Congress 4-8 seats, and others including NPP and NPF 10-23 seats. This is another state where Congress lost power to defecting MLAs and BJP took to power. The pandemic-induced damage on the tourist economy of Goa is likely to be a major factor affecting the results. 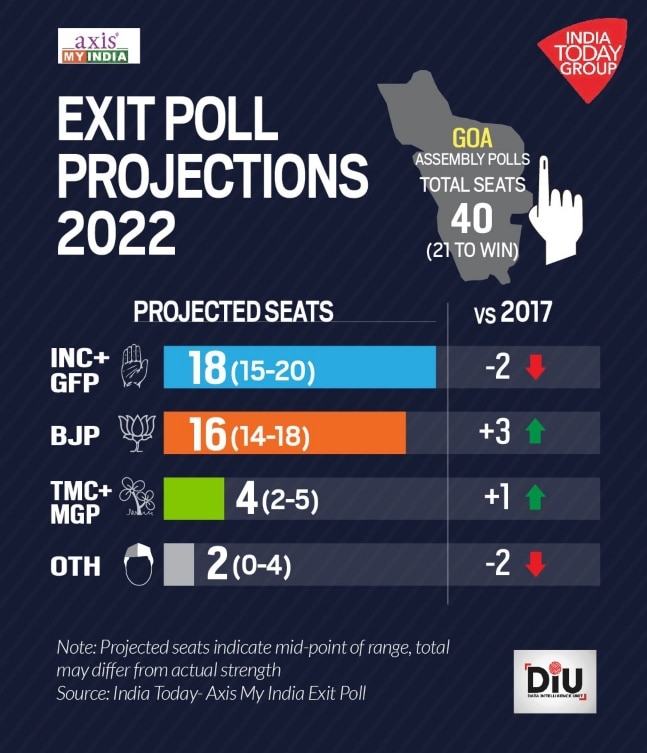