Why the world should not meddle in India's internal affairs

The government has to fight on two fronts — against the internal lobbies ranged against it and the external lobbies as well, with both in symbiosis.

Our resistance to external interference in our internal affairs has greatly eroded at the national level. This gives unfriendly external forces more room to play on our internal differences, promote lobbies to weaken us from within, make governance more difficult, with consequences for the pace of India's rise and its global ambitions. The UN Secretary-General has been violating the Charter's core principle of non-interference in the internal affairs of member states by pronouncing on our legislative decisions, internal security steps and community tensions when India functions much more democratically than the UN.

Out to offend India

The UN High Commissioner of Human Rights (UNHCHR) targets India on issues of internal political management that are subject to unconstrained legal, civil society and media scrutiny domestically, far beyond what is possible by any external observer. Moves are made in the US Congress and the European Parliament to rebuke India on sensitive issues internal to India, putting our diplomacy on the defensive. The UK government permits demonstrations against our High Commission in London by known anti-Indian lobbies on issues internal to India. 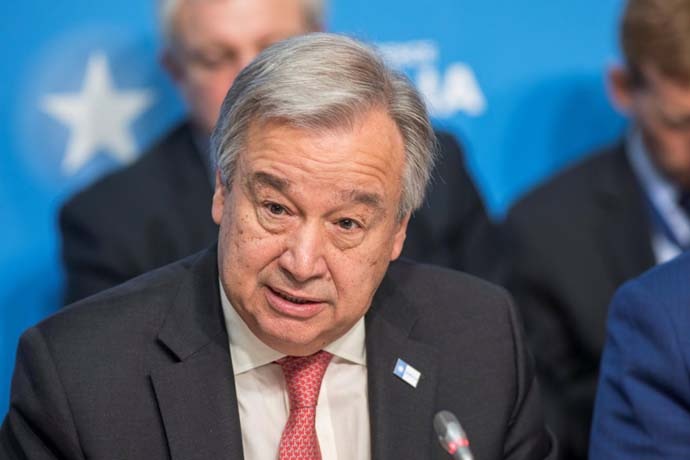 UN Secretary-General has been violating the Charter's core principle of non-interference in the internal affairs of member states when India functions much more democratically than the UN. (File photo: Reuters)

Iran's Ali Khamenei and the country's Foreign Minister make offensive statements charged with religious rhetoric on street violence in Delhi, ignoring the sharp debate in India itself on the subject. The Islamist Turkish president believes he has the mandate to promote the welfare of India's Muslims. Malaysia intrudes into our internal affairs by its propagandist accusations about the persecution of Indian Muslims. Surprisingly, Indonesian Muslim lobbies are also agitating the issue of such persecution. All this suggests a concerted campaign against India by Islamic countries outside the Arab world, now that the Gulf countries, with which India has intensive trade, financial, manpower and energy ties, have reached a level of bilateral understanding with the future in view.

The so-called liberal western press is involved in a massive campaign against the Modi government, driven by deep-seated prejudice and ideological antipathy for "Hindu nationalism". It is playing opposition politics through its reporting, discarding all pretence of objective and fair reporting.

Political polarisation in India has reached such a point that instead of the country uniting to rebuff unwarranted external intervention in our internal affairs, elements in our political class, civil society and the media support it as a weapon to beat the Modi government with. The blame is put on the government for damaging India's image internationally, of generating concerns abroad about the erosion of India's secularism and democracy, and so on.

In actual fact, it is the anti-Modi/BJP/RSS circles in India that have promoted the negative narrative about India abroad by associating fascism and genocide with Hindutva, referring constantly to lynchings of Muslims and Dalits, comparing Modi with Hitler, accusing the government of seeking to reduce the country's Muslims to second-class citizens through the CAA and the proposed National Register of Citizens etc. 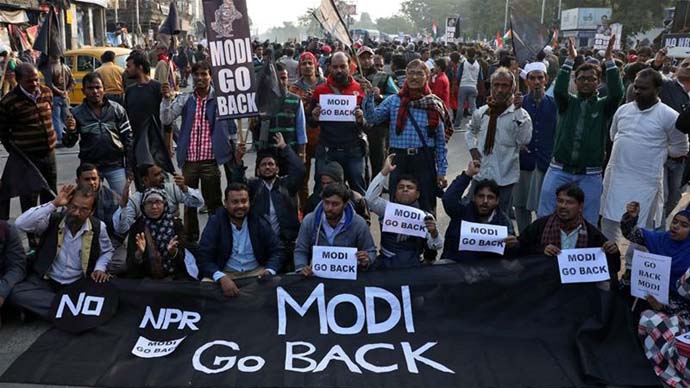 The government has to fight on two fronts — against the internal lobbies ranged against it and the external lobbies as well, with both in symbiosis. (Photo: Reuters)

The government has to fight on two fronts — against the internal lobbies ranged against it and the external lobbies as well, with both in symbiosis. This explains why the opposition lobbies ask the government to heed foreign critics rather than wear the mantle of nationalism and reject criticism. Regrettably, some who have handled India's external relations at political and high bureaucratic levels indirectly legitimise this outside intervention in our internal affairs by not condemning it and blaming the government instead for the loss of India's stature abroad.

Our political and social activists could have asked Khamenei and Zarif to worry about Iran's international isolation rather than threaten India with isolation from the Islamic world, and reminded them that India has not commented on the killing of hundreds of protesting civilians by the Iranian security forces. Instead, when External Affairs Minister Jaishankar, with reference to Iranian tweets, makes a mild comment that we now know who are friends really are, he is accused of arrogance. Erdogan could have been reminded about Turkey's long-standing brutalities against the Kurds, the regime's exactions against its people after the failed coup and Ankara's illegal occupation of Northern Cyprus etc. Our Muslim leadership has been remiss in not condemning Iran, Turkey and Malaysia for speaking on behalf of Indian Muslims without any authority to do so.

The government's response to these affronts from abroad could be stronger if our public opinion was more visibly agitated. On the contrary, some of our papers continue publishing columns by foreign scholars who are ideologically hostile to Modi and the BJP. Ban Ki-Moon, the former UNSG, has just been allowed to regurgitate the standard anti-Modi propaganda by our domestic lobbies. A column is carried favouring the UNHCHR's bid to be amicus curiae in the petition against the CAA before the Supreme Court, even though the UNHCHR, is exceeding its mandate and has no legal basis to join domestic litigation in a member state. If our political class, think tanks, the media, the civil society do not react strongly to unwarranted foreign interference and help create room for a sharper government response, the perception would endure that hitting out at India carries no price.

Like all cliches "united we stand, divided we fall" is rooted in good sense and human experience.