How Farm Bills will help all but the farmers in need

The new Bills may initially help some medium and large farmers but will help the private sector even more. The small farmers are outside the reach of the market today and will continue to suffer as before.

The three Bills for farmers are essentially trying to facilitate entry of the private sector into agriculture. Procurement outside the Agricultural Produce Market Committee (APMC) and designated mandis will be allowed by private traders, and there will be no market fee, cess or levy on these transactions. These taxes were never paid by farmers; they were earlier paid by buyers. The new benefits go to traders but farmers do not lose. However, state governments that earned revenues through taxes on all agriculture sales will lose. For instance, the Punjab government earns about Rs 4,000 crore a year during procurement under various market fees. This may come down drastically. Anything in the State Acts contrary to the new Central Bills has been overridden. So, all political parties in Punjab are opposing the Bills.

A mechanism for settling disputes through the Sub-Divisional Magistrate (SDM) is mentioned in the new Bills and going to court is not allowed. The Essential Commodities Act has been amended to make it much more difficult for the government to impose restrictions on trade except when prices go up by more than 50 per cent for non-perishable foodstuffs and more than 100 per cent for horticulture. This helps consumers but not farmers. Except for larger farmers, the rest sell at harvest time when prices are low. Price upswings benefit traders, not farmers. 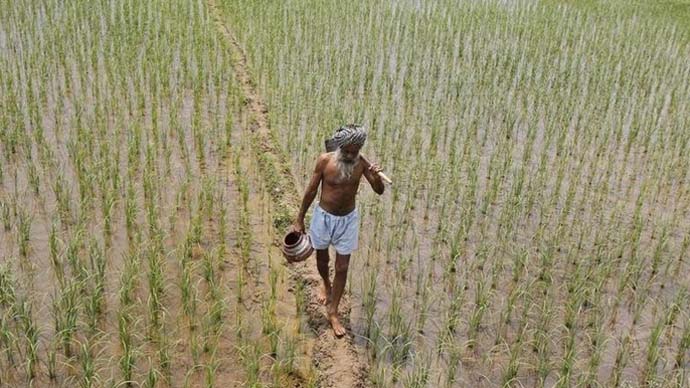 In Punjab and Haryana, close to 100 per cent of the produce is procured by the government at the Minimum Support Price (MSP) currently at about Rs 18.68 per kg of paddy. In other states, the quantity procured is sometimes less than 10 per cent and market prices are Rs 12 to Rs 14. This clearly shows why the farmer’s agitations are strongest in Punjab and Haryana. It is the fear of losing the MSP protection. Almost two-thirds of the rice and wheat harvested in India goes into the open market and is not procured by the Government. For other crops including pulses, oilseeds, cotton and millets like jowar, bajra and ragi, the procurement is much less. The new Bills do not address this issue at all.

In spite of the Prime Minister’s repeated assurances that MSP will not be affected, farmers are still protesting. Perhaps amending the new Bills to state clearly that the quantity procured and the MSP formula currently used to fix prices will continue as usual will placate all concerned. Along with that, an assurance in the Bill that existing mandis will not be privatised, like airports, may completely win over farmers and the opposition parties.

What happens in the long run if we develop private-sector monopolies and tax-free private mandis? There are several examples of large US Food corporations gaining a monopoly over farmer produce in South America and steadily lowering purchase prices over the years. In India, some Opposition-ruled states have occasionally halted MSP procurement because the Centre does not release funds in time. So at least four states have publicly stated that they will either not implement the new Acts or challenge them in the Supreme Court. This includes Punjab, Haryana, Chhattisgarh and Kerala.

The new Bills may initially help some medium and large farmers but will help the private sector even more. The small farmers are outside the reach of the market today and will continue to suffer as before. The issues surrounding agriculture are seen by politicians through a political lens, and by economists and intellectuals through an ideological lens – whether free-market or socialist. The corporate sector sees it through its own lens of profits and growth. However, a thorough analysis based on the small farmers’ perspective is missing. There are over 10 crore of them, and more than 85 per cent are classified as small and marginal. This is over 40 per cent of households in India.

Arguments in favour of easing the entry of private sector into agriculture point to the inefficiency, corruption and huge food wastage in the government-run FCI system. An alternate market-oriented approach is through Farmer Producer Organizations (FPOs), but they need to scale and be run professionally as profitable businesses. India’s own Amul is a world-renowned example. Replacing inefficient government by big private sector monopolies is not the only way forward.

Also Read: How Rahul Gandhi has made 'farmers' plight' the central issue for 2019 polls