Declaring the entire state as a principal market yard can isolate Punjab since the Centre is the major buyer of the wheat and paddy produced in Punjab.

Punjab is the epicentre of the protests against the three Farm Bills. Farmers are up in arms against the imposition of the three bills in the state. In order to completely negate the impact of the Agricultural Bill on Farmers’ Produce Trade and Commerce (Promotion and Facilitation), former chief minister and Shiromani Akali Dal (SAD) president Sukhbir Badal has urged Punjab Chief Minister Captain Amarinder Singh to declare the entire state as a ‘principal market yard’. He has stated that the three bills threaten the livelihood of farmers. Hence Punjab should declare the entire state as a principal market yard in order to safeguard its interests.

Punjab Agriculture Produce Market Committee (APMC) Act specifies three types of yards under the Punjab Mandi Board (PMB). These are the principal market yard, sub yard, and purchase centres. Declaring the entire state as principal market yard implies that any purchaser of farm goods shall have to pay the same taxes outside the PMB yards even in a private trade area. The demand may seemingly pacify farmers, but it is neither feasible nor possible. It seems to be more of a political statement to bring pressure upon the Centre. The suggestion may be difficult to implement practically. 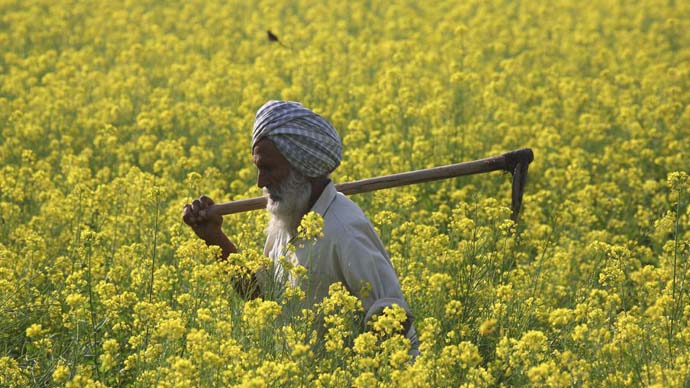 Farmers in Punjab are likely to suffer more if the entire state is declared a principal market yard. (Photo: Reuters)

In the current yards of Punjab Mandi Board, the market committee staff manages the sale and purchase. It may not be feasible for the state to manage the sale or purchase that takes place outside the yards of the Mandi Board. The state government may have to develop a system to bring every purchaser under one tax regime in the state.

Declaring the entire state as a principal market yard can isolate Punjab. The Centre is the major buyer of the wheat and paddy produced in Punjab. This political pressure tactic may not have a positive long-term impact.

The Centre annually procures wheat and paddy worth Rs 65,000 crore from Punjab. If Punjab becomes a principal market yard, the Centre may decide not to initiate the purchase of paddy and wheat at minimum support price (MSP). This will leave Punjab in a desperate position. This is because the state does not have enough revenue even to pay salaries to the staff. Because of the paucity of funds, Punjab may not be able to wheat or paddy from its farmers. In addition, the state does not have the infrastructure to store food grains. The storage of wheat and paddy in the state is managed by Food Corporation of India (FCI).

Also, the farmers are likely to suffer more if the entire state is declared a principal market yard. They may get even lower prices for their produce. The traders who buy outside the mandis will be expected to pay the taxes at mandi rates. Hence they may start paying even less to the farmers to keep their profit margin intact.