A brief history of how India has failed its farmers

What happened to the solemn resolve of socialist democratic republic and to secure for its citizens justice, equality and fraternity?

The changed pattern of land holdings, changed cropping pattern due to shift from light to cash crops, liberalisation policies which pushed Indian agriculture into the global markets without a level playing field, growing cost of cultivation, uncertainty of crop output, lack of profitable prices, indebtedness, neglect of agriculture by the government and its agencies, decline of public investment, individualisation of agricultural operations, so on and so forth. This constitutes the vicious cycle a farmer is trapped in.

The demands of farmers have been more or less the same over the years, from procuring loan waiver to respectable minimum support price for their yield.

A couple of months prior to the farmers' uproar in Madhya Pradesh and Maharashtra, we saw Tamil Nadu farmers protesting for a month at Jantar Mantar, Delhi, with almost the same demands. To remind the reader, similar apathy and insensitivity has been served to farmers in the country for long now.

Needless to say, the middle class and media seem to have the motto "ignorance is bliss". Farmers' narratives are being ridiculed by showcasing packaged drinking water or their attire.

Such deliberate attempts to de-legitimise farmers' protests is also an attempt, though failed, to repackage the development agenda by the Indian state. Thus, what at this juncture becomes crucial is revisiting the political economy of agrarian distress in India.

We in political theory presume that the voice of a larger number of people tends to have a say in mass electoral democracy. But this does not seem to be the case in India. The fact that one fifth of the population engaged in agriculture is not cared for by the government in a democracy, remains an aberration. So, how and why is it that farmers are marginalised both economically and politically?

Eminent political scientist KC Suri classifies the post-Independence era into three phases. First, the 1950-60s which was marked by reforms and consolidation of agriculture; second the period of the Green Revolution and growth of political populism during the 1970s-80s; and the third being the advent of liberalisation and deterioration of farmers' condition after the 1990s.

A precise backgrounder to the present distress can be traced from the above stages. It was immediately after Independence that the Nehruvian government came up with pro-peasant policies such as re-distribution of land, abolition of intermediaries, reduction of land revenue and most important, greater share in political power for farming communities at the state level.

However, this had a strategic understanding that agrarian surplus was inevitable for industrial growth. But this instrumental approach could not help farmers at large, although it did to an extent.

With the advent of the Green Revolution, modern methods of cultivation, primarily use of machinery, high-yielding varieties of seeds, fertilisers and pesticides were emphasised. This strategy led to increase in agricultural productivity but had probably "unintended" consequences. 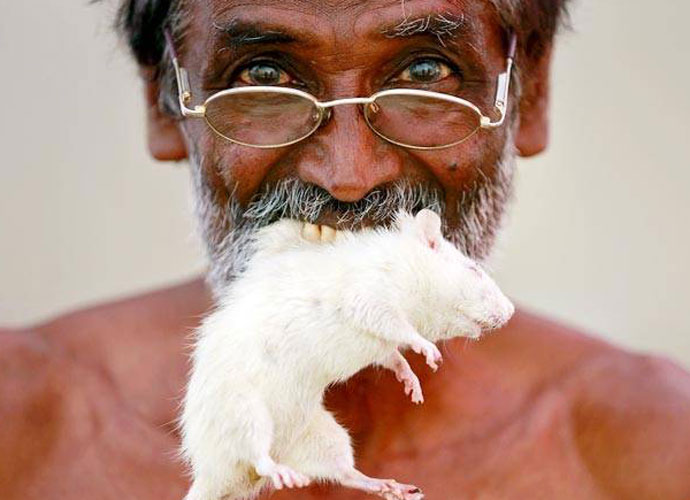 Farmers have found unique ways of protesting, but is anyone listening? Photo: India Today

The new advancement led to cultivation of a single crop under the pressure of market. Now, a farmer had to draw more and more credit to plough the land. In addition, lack of remunerative prices would further intensify the trouble. The uncertainty of crop yield and fluctuation in prices constituted distress to the farmers.

Liberalisation added to the woes of agrarian distress. Various reports in these more than 25-odd years clearly indicate that these policies - reducing state support to agriculture, diluting import restrictions - led to further degradation rather than ensuring growth and development of farmers in the country.

Liberalisation as a paradox

Introduction of liberalisation in Indian agriculture is an ultimate paradox for a developing nation like India, particularly in two ways. First, developed nations especially the US and the European Union countries continue with their pro-farmer policies and support to farmers; while on the other hand they have been continuously propelling the developing nations to reform their tariff regimes to facilitate import or free entry of multinational companies in the seed and pesticide markets. In fact, many multinational corporations are executing their seed and fertiliser business in India.

Second, it is hard for India to imitate the same economic models largely due to economic, historical and of course, political reasons. Undoubtedly, agriculture in western countries too both in terms of national income and employment has declined due to rapid industrialisation. The people who lost employment found alternative employment opportunities in industries or urban areas. But, such is not the case in India. India does not enjoy symmetrical development, neither in agriculture nor industry.

Policymakers in India till date have either failed to read or have conveniently turned a blind eye to the growth imperative trajectory of the western world. Of course their share of agriculture has gone down but there is rise in share of services along with little slump in manufacturing. The case for India stands different.

Agricultural income declined but could not translate into decline of population dependence on agriculture. This is where, political analysts and academics argue, that living conditions of the rural classes have less to do with agriculture and are more connected to the nature of economic and industrial development in the country.

In a nutshell, "the vicious cycle of liberalised economics for farmers is the dilemma of policymakers".

“Bharat ek krishi pradhan desh hai”, farmers are “annadata” is the popular reiteration of rhetoric from leaders to policymakers. This serves as a tool to appropriate agriculture and farmers for electoral and political advantage.

Priorities of political leaders changed after the 1970s, probably can be marked with the ending of the era of Lal Bahadur Shastri. Former PM Indira Gandhi undermined strong leaders from farming communities who had strong presence regionally. Rather, she devised a strategy to bring together the extremes of social spectrum, which included the poor, deprived, minorities, Dalits, etc. This led to democratisation but space for farming communities narrowed.

Then, at a juncture in history, Indian politics fell to the "Mandal-Kamandal" debacle followed by introduction of liberalisation policies, popularly known as LPG (liberalisation, privatisation, globalisation).

The farmers' voice also declined in politics because farmer interests could not match the interests of political representatives. The regional agrarian leaders too developed vested interests. They started acting as intermediaries between the government and influential sections.

A small creamy layer of peasants emerged as socially, politically and economically identifiable and the larger peasantry class was deprived of leadership. These leaders appropriated the same rhetoric - they would wear a farmer’s headgear or jump on to a bullock cart for advantageous electoral campaigns, which remained just symbolism and nothing more.

I along with many researchers, academics and journalists is often asked – what's the solution? Usually our training is not devised to give solutions but to deconstruct problems and analyse. With the changing aura of society now it's also required to provide possible solutions, with the central duty to simplify and present things before readers in a clear way, which has already been attempted above.

Today it seems difficult to organise farmers because they lack homogeneity in terms of both social as well as economic fronts. Farmers are divided on caste, faction and party lines with overlaps. This has helped the new breed of political leaders to take support from farmers for granted, often towing caste identities of the farmers.

Now, for the last two decades we have hardly seen any All India Peasant Movement. With the centralised political leadership, farmers have also lost their bargaining powers as traders, business classes, organised employees and the larger middle class landscape have tended to influence governments because of their strategic urban locations.

Farmers have become indifferent to political campaigns. This has to do with increasing influence of the business class on politics and policies of the government. Thus, farmers have also been politically marginalised. Agrarian interests matter very little to the ruling elites. The Centre and the state play the escape-goat conveniently.

Discourses on LPG have made policymakers more pro-corporate. At the same time, businessmen, traders, industrialists etc, are interested in extracting the "surplus" from agriculture, as their profits are indirectly related to agriculture.

Farmers lack lobbyists in the corridors of power. Scattered and unorganised, they would never be able to launch a nationwide agitation. This leaves them with just one option - put potential pressure on parties during general elections. Unless political leaders are faced with the threat of loss of power, they aren’t sensitive to issues.

One can remember the tall promises of PM Narendra Modi during the 2014 election campaign and the zero deliverance today. He has maintained silence over the recent peasants' uproar but is concerned about the happenings in Myanmar. That’s the hypocrisy Indian politics succumbs to.

In the wake of "nationalism" everywhere, we need to ask - how are we as a nation? What sort of citizens are these farmers? What happened to the solemn resolve of socialist democratic republic and to secure for its citizens justice, equality and fraternity?

#Liberalisation, #Agrarian crisis, #Farmer suicides
The views and opinions expressed in this article are those of the authors and do not necessarily reflect the official policy or position of DailyO.in or the India Today Group. The writers are solely responsible for any claims arising out of the contents of this article.