Agriculture in India is in dire straits. But apart from blaming the Modi government, the prospective 'grand alliance' is offering no solution.

Last week, Delhi saw yet another farmers’ mega rally. There have been several major farmers’ agitations around the country over the last year or so. Most notable among them were the one in Maharashtra and Mandsaur in Madhya Pradesh. Both resulted in the government buckling under pressure and yielding quick concessions, in terms of either loan waivers or increasing procurement prices.

The most defining picture of the Delhi roadshow across newspapers was that of Opposition leaders holding hands and smiling at a sea of shutterbugs. The headline that hogged front pages was “Opposition unites at farmers’ rally”. The speeches were expectedly political. For the most part of their allotted talk time, leaders attacked PM Modi, vowing to remove him in 2019. A Communist quoting from Hindu mythology may be as rare as the proverbial devil referring to the scriptures, but Sitaram Yechury did exactly that by comparing Narendra Modi to Duryodhan.

If there was any mention of ways to alleviate the woes of farmers, other than the perennial demand for loan waivers and higher procurement price (MSP) of the state, one missed it.

Every leader had one single prescription — according to them, the ouster of Narendra Modi is the panacea for all ills plaguing the country at the moment.

That may be fair, considering that Narendra Modi had over-marketed himself as the new messiah who held the key to every problem of India. But one would expect to hear from a responsible Opposition some original ideas, or even constructive criticism. Instead, they all stuck to the same refrain.

Rahul Gandhi charged Modi with speaking only for his “industrialist cronies”. Gandhi said farmers were not demanding a free gift, but seeking what was their right. “When Rs 3.5 lakh crore of loans of the biggest industrialists can be written off by the Modi government, then the loans of millions of farmers will also have to be waived,” he reiterated. Every politician is talking about them. But no one has a clear blueprint about how to help them. (Photo: PTI)

The veteran and most formidable farmers’ leader of the country, Sharad Pawar, echoed Rahul, “We will not sit silent. Instead, we will change this government.”

Not to be left behind, Arvind Kejriwal accused the Prime Minister Narendra Modi’s government of “stabbing farmers in the back” by not fulfilling promises made to them.

This is curious, because there can be no dispute about the concept of crop insurance. If the insurance scheme is faulty, then a serious Opposition should engage in meaningful dialogue with the government. They could have debated it in Parliament and attempted fixing the scheme, rather than trying to throw the baby out with bathwater.

This in itself challenges the intentions of the Opposition. At the end of the day, it is simply politics.

That the country is in the midst of a massive agrarian crisis in the country is undeniable. As cynical as one can get about the political motives of organising such rallies at huge costs, no one can be so heartless as to discount the woes of the farmers. The images of starvation and stories of farmer suicides are heart-wrenching. Protestors holding skulls of dead farmers at the rally make our heads go down in shame.

We can blame the government of the day, or those before it in the previous 65 years, for this situation. But as a nation, we have to carry the burden of these deaths on our collective conscience.

Gunnar Myrdal had written in his seminal work The Asian Drama, that Indian agriculture is a gamble on monsoons. That was in 1968. Sadly, even after 50 years, it is still as dependent on the vagaries of the climate.

Starting from the Swaminathan report, many studies have been conducted and recommendations published. Agriculture experts, scientists, economists and journalists specialising on the rural sector have written learned articles on the way forward for Indian agriculture. Debates have been held in academic and policy circles. But, there has been little progress on a holistic agriculture strategy.

Eventually, all arguments descend to the twin formula of farm loan waiver and increasing the minimum support price. However, these can at best be palliatives. Protestors holding skulls of dead farmers at the rally make our heads go down in shame. (Photo: PTI)

Successive governments realise the perils of earning the wrath of the rural community and succumb to their demands, putting off crucial reforms. As a result, an entire economic and business model have evolved around doles and subsidies. For small and marginal farmers, agriculture provide at best subsistence income. There is usually little or no surplus left to repay loans.

Therefore, loans are disbursed knowing that the prospects of recovery are low.

Besides, both MSP and farm loan waiver are prone to misuse and leakages. Therefore, often it does not alleviate immediate miseries of the people. This was seen in the recent much publicised “Bhavantar” scheme of Madhya Pradesh, which is unlikely to yield any electoral dividends for the ruling BJP government.

Changing the paradigm of agriculture in India will need radical reforms. No patchwork, band-aid or tinkering would do. That would require high political will and courage to venture on the road less travelled.

The “Green Revolution” of the 1960s cannot be replicated today. Many of its concepts have become outdated. Imported high yielding varieties of seed has replaced indigenous local varieties, causing nutritional deficiencies.

Indiscriminate and excessive use of fertilisers has depleted the soil quality.

The next phase of growth would need major structural changes, from farm finance to supply chain. Elimination of middle-men and reducing transit wastage too need to be looked into. Small uneconomical land-holdings would either have to be consolidated through innovations like community farming, or they have to be upgraded to high value-added products with the help of technology, as Israel has done.

But all that requires enormous political will. 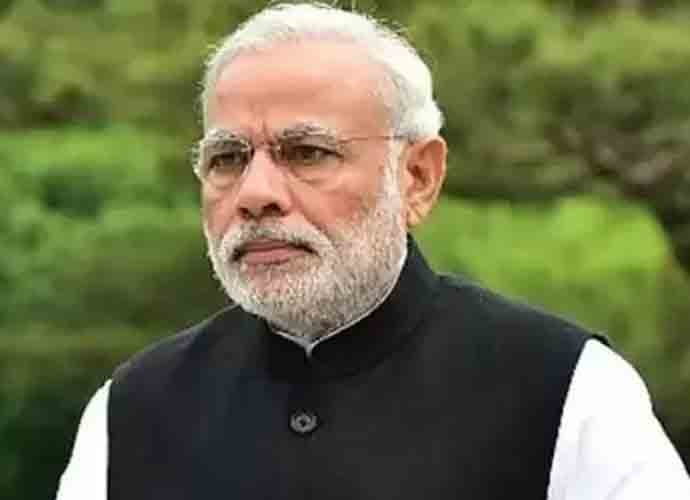 The Modi government came in with loads of political capital. By and large, the monsoons were also kind to it. But, it wasted a bulk of the kitty on demonetisation. Then, it exhausted the remaining goodwill on GST to compensate its own implementation failures.

Narendra Modi did make some tentative beginnings, with crop insurance, neem-quoted urea, and soil health cards, for instance. But apart from the PM Fasal Bima Yojana, none of the others had any significant visible impact. As a result, it finds itself against the wall in election season.

One cannot really blame the Opposition for seizing the opportunity. It is politically expedient to turn rural distress into ire against the government. However, the problem arises if they use the government’s predicament only as a lever to get back to power. Without having any concrete plan on the table, other than quick fixes of subsidies, they would land into the same mess if they are on the driver’s seat.

That could also be the reason for not over-committing. As a coalition government of disparate partners, it cannot hope to have the political stability to carry out bold reforms. Survival imperatives would force them to continue with populist policies, which would come at the cost of long-term health of the economy – as funds will have to be diverted from development to doles. It is here - the lack of long-term vision ­- that lies the tragedy of our country.

Meanwhile, the plight of the farmers remains unchanged. They remain pawn in the hands of middlemen and money-lenders. They are useful to politicians only in election season. The true benefactor of the Indian ‘kisan’ remains the rain god. The politicians who pretend to be gods all have feet of clay, and are best ignored.

Also read: Why Modi government is for sansyasis, not farmers

#Narendra Modi, #Rahul Gandhi, #Grand Alliance, #Farmers' protest
The views and opinions expressed in this article are those of the authors and do not necessarily reflect the official policy or position of DailyO.in or the India Today Group. The writers are solely responsible for any claims arising out of the contents of this article.