In 1947, when they heard the news that India was to be free, my father’s entire class erupted in joy. In their euphoria, my father and his friends climbed onto the school roof, brought down the Union Jack, rigged a Tiranga on a pole and took out an impromptu procession around the school grounds.

They had gone only a little way when a teacher came and snatched the tiranga from my father’s hands — “This doesn’t belong to you”, he said.

“You go to Pakistan”.

The irony was that this same teacher had been staunchly pro-establishment till then, and had punished students when they had participated in any activity against the British.

At that moment, that 14-year-old schoolboy had two choices — he could either believe that his teacher represented an entire community and indeed opt for Pakistan. Or he could continue to believe in the dream which had made him defy his policeman father. 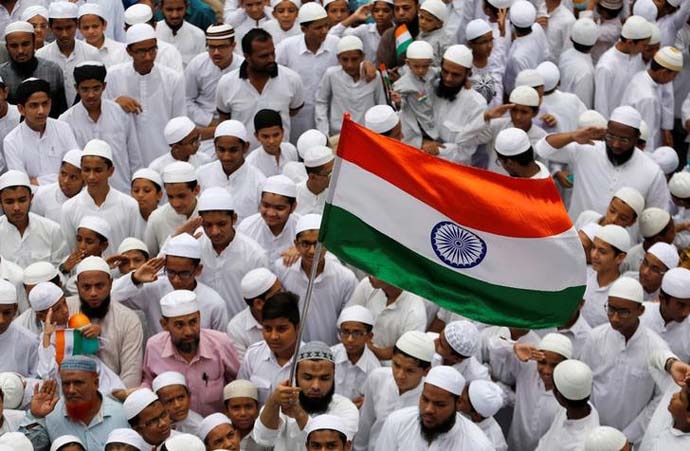 They were building a brave new India, where Muslims would champion Hindi and Hindus would spread Urdu. (Photo: Reuters)

Luckily, he knew several Hindus who not only encouraged him to stay on and participate in building a new nation, but also stood up against people like his teacher.

Pandit Sundarlal, his mentor, was one of them.

On Panditji’s advice, he took up Hindi as a subject, even though he had never studied it. He learnt the alphabet, working his way to a graduate degree, and went on to teach Hindi literature for the rest of his life.

Because in the brave new India that they were building, Muslims would champion Hindi and Hindus would spread Urdu, along with the culture they brought to the table. 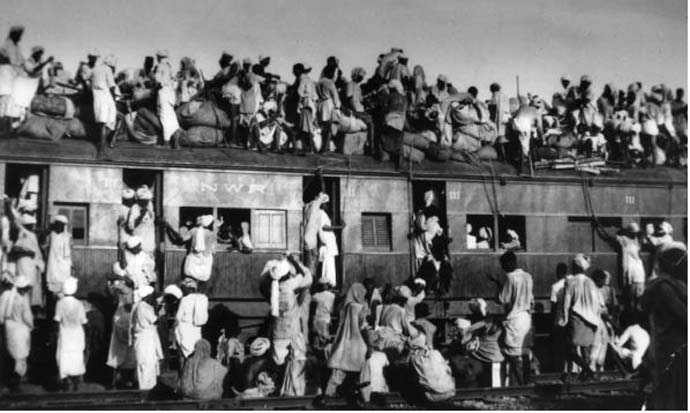 Along with Independence came Partition.

It is usually framed as the division of Hindus and Muslims — but the Partition also divided Muslim families, especially in North India. Husbands went to Pakistan and wives stayed behind, children went to Pakistan and parents stayed here. Cousins, siblings, aunts and uncles — all got divided up on both sides of the border. Every North Indian Muslim family had relatives in Pakistan. They would come here for their holidays. Each time they came, there would be celebrations. When they left, there would be tears, laments and promises of forgiveness — an annual death scene, as it were.

This was the generation that had gone to Pakistan. Their kids — us — fought each other constantly.

We hated them for having imported gadgets and cosmetics, they hated us for having Amitabh Bachchan and Indira Gandhi.

The first they were obsessed with, the second they hated with a passion. India vs Pakistan during vacations: They hated us for having Amitabh Bachchan and Indira Gandhi. (Photo: India Today)

And so, we had mock wars, matching each other argument for argument, slur for slur and sometimes, blow for blow. But when it was time to leave, we hugged each other and promised to keep in touch. In some families, the confusion was more amplified — leading to Pakistani cricketers becoming heroes and celebrations on their victories.

This was always the Muslim dilemma — captured beautifully in the movie, Garam Hawa. In the film, in the end, Balraj Sahani’s character decides to stay back and join mainstream protests for his rights. This was the solution prescribed by ‘progressive’ Muslims — join the mainstream, fight for your rights not as Muslims but as workers and farmers, as women and students, lay claim to political spaces but as Indians, not Muslims. Some agreed, but most Muslims rejected the advice of people whose ‘Muslimness’ was suspect. They preferred more conservative leaders. And then, the Babri Masjid happened. In the run-up to the demolition, passions were bought to a fever pitch on both sides. LK Advani took out a rath yatra to demonstrate that it was now time for Hindu rule. On our side, leaders, particularly Imam Bukhari and Syed Shahabuddin, framed the discourse in a way in which the Babri Masjid became a symbol of Muslim self-esteem and honour. It was no longer about a piece of land or a title deed — they made Muslims believe that this was a symbol for our very existence in this country.

And then, it happened.

Our honour, our self-respect, our right to exist as equal citizens — all smashed to smithereens in a matter of hours.

And the guardians of the said honour went into hiding.

Imam Bukhari who had thundered Agar Babri Masjid ko kissi ne haath bhi lagaya to khoon ki nadiyaan beh jayengi (If Babri Masjid is touched, there will be rivers of blood) was nowhere to be found when it was actually brought down, leaving Muslims to deal with their heartbreak, their rage, their helplessness as they saw fit.

In one stroke, Muslims had not only lost faith in the Indian state and their party of choice, the Congress — but also in their own leadership. When LK Advani took out a rath yatra to demonstrate it was time for 'Hindu rule'. (Photo: India Today)

The many cycles of violence which followed this are well documented. What has not been talked about as much is what was happening on the ground in the wake of the demolition. Almost overnight, English schools and coaching centres mushroomed all over Muslim localities. The writing on the wall was clear — we could no longer depend on state largesse; we had to look out for ourselves.

With private jobs up for grabs, more opportunities for entrepreneurship and alternate professions opening up, we got a fresh lease of life. Muslims took to education, retired to the margins of public life, relinquished political space. We started experimenting with our votes — our saviours and messiahs changing with every election season. The dilemma ended: Indian Muslims are no longer torn between loyalty to parts of their family and their country. (Photo: Reuters)

The post-Babri Masjid generation of Muslims was raised in this atmosphere and believes in the philosophy of each to her own. They cling more fiercely to their religion while letting go of cultural markers  — Urdu diction, sher-o-shairi, Awadhi tehzeeb. Pakistani cousins no longer come to visit and Indian Muslims are no longer torn between loyalty to parts of their family and their country. They wear their Indian identity on their sleeve and aspire to the same things that anyone else in their peer group does — money, success and fluent English.

They are Indian and their heroes are Sachin and Dhoni. And, of course, Salman Bhai. Muslims are finally settling in.

Then came 2014 and all the heartburn that that has brought.

Muslim youth, who had been engrossed in their cell phones till now, is once again being forced into action. The 25-year hibernation is over and a new dilemma confronts them. Once again, they have to choose a leader, reclaim the political ground they have lost.

Who will be that leader?

A mainstream politician, even though he/she may not want to speak up for the Muslims in the current climate? Or, someone like an Owaisi who speaks as a Muslim for Muslims?

Once again, young Muslims are caught between two ideas — and what they choose will determine whether their community will progress or regress in the coming years.