From Doklam to Uri to Pulwama, India was caught off-guard. But preparedness is the only way to combat terrorism

Now that the dust has settled and Wing Commander Abhinandan is back with us, it’s time to ponder over what we need to do to eliminate the three-decade-old insurgency in Jammu and Kashmir (J&K).

It’s fortunate that Abhinandan is home, without any disabling injury. However, we continue to lose our boys on a day-to-day basis in J&K. The casualty figures continue to mount as the likes of Hafiz Saeed and Masood Azhar live in luxury — in elegant bungalows deep within the security envelope of Inter-Services Intelligence of the Pakistan armed forces.

A brief recapitulation of certain aspects of the sequence of events, starting with the killing of 40 plus CRPF jawans in Pulwama, to the momentous exhilaration experienced by Indians when Abhinandan walked through the gates at Wagah borders, provides the necessary inputs in arriving at the multiple measures we need to initiate to stop our country bleeding from terrorism, any more.

Though no official estimates of explosives used have as yet been possible — and exact estimates are perhaps improbable — the fact remains that the terrorists used a locally procured car that was fitted with enough explosives to blow a bus to smithereens. The explosives were definitely procured within the country and packaged in the body of the vehicle with great expertise. A detonating mechanism was strapped on for initiation on impact. Each of these acts required an expert touch. Further, a driver was found who was ready to be a 'Fedayeen' and transit to the promised heaven where droves of virgins would presumably be his reward. The bombing will have also involved reconnaissance along the convoy route, finding the most suitable area, information about road protection parties and their deployment. Our intelligence missed out on each of these activities and we were left (probably) facing a shortage of body bags at the end of the day!

It was a huge intelligence failure, and until we accept it to be so, we will remain exposed to such acts. The exact time and place of attack may be difficult to arrive at, but the preparation of the vehicle would have called for a full-fledged garage facility and multiple factors with technical expertise in different areas.

Post the incident, we have reacted with speed, precision and across the possible spectrum of response. In a harakiri of sorts, the Jaish-e-Mohammad owned responsibility for the Pulwama attack. The need to prove and pin responsibility on the perpetrator was no longer a challenge for us.

Our diplomacy was in full swing with condemnation from across the world pouring in. Pakistan was blamed by a host of countries, either directly or contextually. The straw that broke the camel’s (read: Pakistan’s) back was perhaps the Organisation of Islamic Countries going ahead with its invitation to India for joining its meet, in spite of Pakistani protests and manoeuvres. India used the forum to state its case, with effect.

We also withdrew the most favoured nation status, hitting the Pakistani business establishments that had benefited from it. 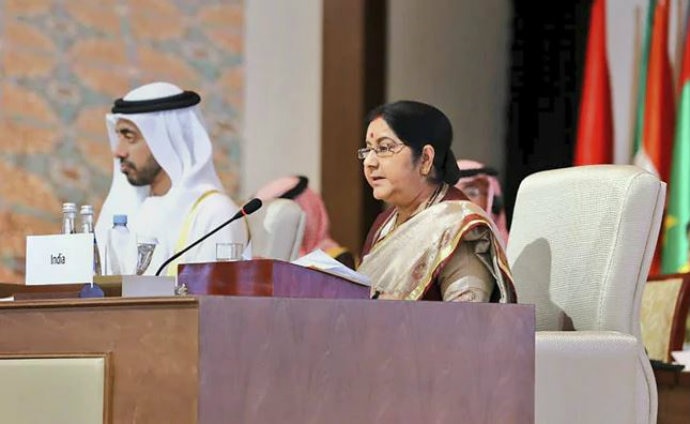 Sushma Swaraj at Organisation of Islamic Countries: India used the forum to state its case, with effect. (Source: ANI)

The separatists’ forum in J&K has been put in the dock. It’s an act that had started some time back. The Pulwama incident provides the correct opportunity to treat them as inimical elements. Their security cover has been withdrawn. Hopefully, their movements will be restricted and they will be charged as per our laws for money laundering, inciting stone throwing and other violent activities. The National Investigation Agency will have to push the pace.

If we achieved something really tangible through this risky option of striking terrorist bases in Pakistan occupied Kashmir (PoK) and Pakistan, it was establishing the credentials of our current leadership as being decisive and ready to opt for tough options. Surgical Strike 1 (the commando raids across the Line of Control that followed after the Uri massacre), the 70 days plus stand-off with the Chinese at Dokalam, and now Surgical Strike 2, have unwaveringly established the leaderships’ resolve of this country, as well as their appetite for risks.

The fact of both the Surgical Strikes being conducted without a single casualty is a tribute to the professionalism of our forces.

When required, they have been able to deliver the goods at the least cost. Their spectacular performance raised the morale of a country whose citizens were getting inured to the daily statistics of dead soldiers. Suddenly, the men who fight and die every other day in Kashmir became a part of our lives, with Abhinandan as their flag bearer.

Through the experiences of Doklam, and both the Surgical Strikes we should have discerned by now how blurred is the line between peace and stability on one hand, and sudden adverse situations erupting, on the other. We were surprised in all three cases. To classify them as purely intelligence failures will be wrong. The most difficult part of an intelligence appreciation is reading the enemy’s intent. It’s a difficult poser, and ambiguity about the possible course of action that the enemy will opt for could remain elusive in the future too. 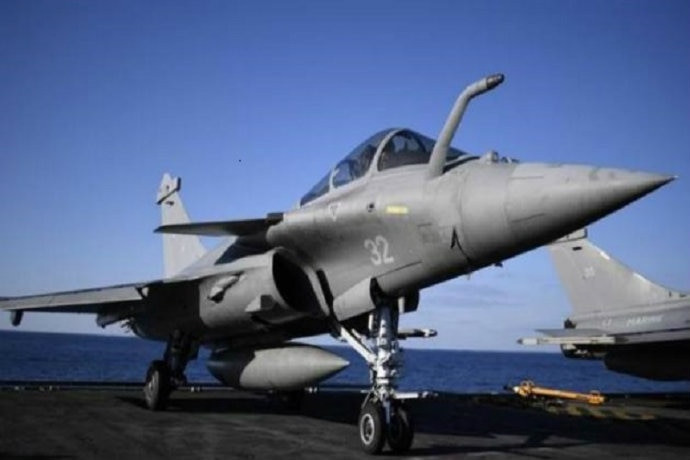 Under the circumstances, the lesson that holds good is the requirement to maintain a high state of readiness of our forces. Only then can we either deter adventurism or react with adequate vigour to be decisive. Such a state requires the armed forces’ equipment inventory being upgraded. Our ammunition stock levels that had depleted to an alarming state were to be made up to 10 days reserves, sometime back. The progress made so far is not exactly known. However, we need to assess the minimum levels required and immediately go in for replenishments. As far as the outdated equipment and depleted holdings are concerned, the government will have to increase the outlay for the defence budget.

After almost five years in power, it doesn’t pay to lay the blame on the previous regime’s myopia.

Pakistan’s routine sabre rattling of the nuclear option also stands exposed. Though the Pakistani nuclear command authority supposedly met, obviously a nuclear option was not on the table. We have a huge scope for conventional options to be exercised with Pakistan unable to respond in the nuclear domain.

We need to enhance our capability in exercising covert operations in Pakistan. During Gen VK Singh’s tenure as the Army Chief, he raised the Technical Support Division. It had, in a short period of time, developed excellent capabilities. Our intelligence agencies need to be able to track and eliminate the likes of Dawood, Masood Azhar, Hafiz Saeed. Our capabilities need to include covert operations deep inside Pakistan. Possibly, our best response lies therein. Terrorism in J&K needs to be eliminated with due concern being observed for human rights. (Picture for representational purposes only) (Source: IndiaToday.in)

Our diplomatic efforts have undoubtedly paid dividends, however, we have not yet been able to stop the flow of funds from Saudi Arabia, China and a few other Gulf countries — Pakistan’s most benevolent donors. Should the Pakistanis be able to get the Taliban to continue negotiations with the Americans, they also might release funds they have held back. A more concerted effort needs to be directed at throttling the flow from abroad to Pakistan’s treasury. The focus also must encompass the Financial Action Task Force (FATF) that already has Pakistan on its greylist, and also the International Monetary Fund (IMF).

There are dozens of areas that need attention, however, the most important is setting our own house in order.

Terrorism in J&K needs to be eliminated with due concern being observed for human rights. However, a stone thrower is no less a terrorist!

Overground workers need to be booked.

A sizeable percentage of compromised government officials in J&K need to be weeded out.

The separatists have to be dealt with.

The nodes that provide the infrastructure for manufacturing such major weapons as a car bomb, will need to be identified and neutralised.