Gadchiroli Maoist attack: This is no intelligence failure. This terrible attack was waiting to happen

Gadchiroli Maoist attack: This is not an intelligence failure but a failure in deploying tact soon enough

The Maoist attack felling 15 commandos of the elite C 60 force and the driver of the private vehicle in which they were travelling in the Gadchiroli backwoods of Maharashtra on Wednesday, May 1, was a stunning incident — waiting to happen.

Ever since 40 of their comrades were gunned down by security forces on April 22 last year in the region, the Maoists have been regrouping to display that though they may be down, they are not out.

If that was the most impactful strike by the security forces in recent years in the state, the latest incident is the worst for them in the past two years.

Retaliatory strikes of this nature are commonplace in the tactics of the Left-wing extremists anywhere in the remote tracts. Tragically, the commandos fell like sitting ducks when the private vehicle in which they were travelling — trying to avoid easy identification — was ripped apart by an improvised explosive device (IED) close to a nullah called Lendari near Jambhumpada village.

Those killed were members of the Quick Response Team stationed at Gadchiroli, and were on their way to Khurkheda in Gadchiroli district, where the Maoists had set ablaze 27 machines and vehicles of a road construction contractor several hours earlier, at about 3.30 am, to show their might — coincidentally, on the 59th anniversary of Maharashtra Diwas. 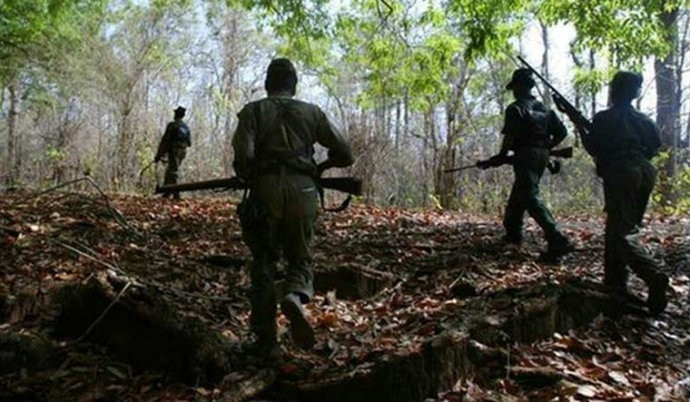 The security forces have earlier inflicted crushing blows on the Maoists. Retaliation was bound to happen. (Source: Reuters)

The timing is hardly surprising, considering a retaliatory strike was overdue and the militants, for mileage in the media, pick on an anniversary day for official celebrations or when their own cadres were killed. No wonder, therefore, Maharashtra Governor Ch. Vidyasagar Rao, who hails from Karimnagar in Telangana — the nursery of Maoist militancy, and even now, the home district of several Maoist leaders — lost no time in condemning the attack and calling off celebrations at Raj Bhavan scheduled for Wednesday evening.

Moreover, another sign of the impending grim portent was the two smaller IED blasts triggered by the Maoists around polling day, April 11 — wherein a constable of the Central Reserve Police Force was injured.

In January this year, the Maoists set ablaze vehicles in Kurkheda, Korchi and Potegaon villages — which are also indicators of their enjoying continued covert ground support locally. It is likely that this support came in handy to inflict the stunning blow on Wednesday as well. In fact, in mid-March, the Maoists killed a school teacher whom they suspected of being a policeman. Later, they released an apology — seeking forgiveness from his family for their actions. 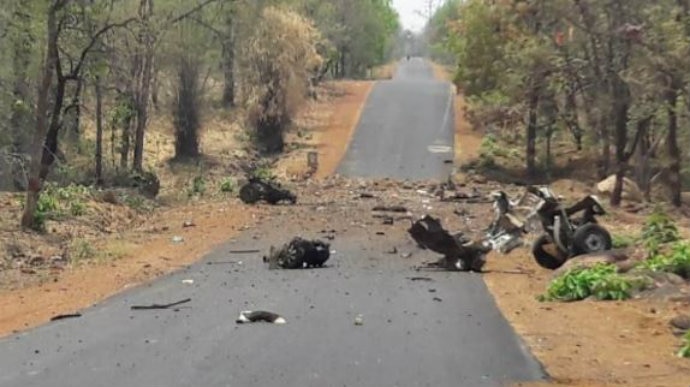 The commandos' private vehicle was bombed. Severe questions must be asked about SOPs now. (Source: IndiaToday.in)

Clearly, this ground reality was enough reason to step up vigil. But the manner in which the police vehicle sped down the road towards the road construction site showed how, for want of foresight, they fell into the common trap. Failure to follow standard operating procedures is the gravest mistake that could have been avoided.

There is no question of the security forces being caught unawares either.

“The Maoists had already announced their plans of carrying out such attacks during the elections. There was information. The forces were in operation,” admits Maharashtra Director General of Police, Subodh Kumar Jaiswal. “We will conduct investigations and look into what led to the attack. We will develop and look at all tactical measures that need to be taken. We will take lessons from the incident and take adequate measures,” he added.

There were intelligence inputs that the Maoists, under the leadership of the CPI (Maoist) Central Committee’s Basavaraju, could launch a major attack on the security forces to avenge the heavy losses inflicted on the militants in April last year from as early as February. Evidently, the attack was not a result of intelligence failure but in deploying tact soon after a major incident to draw in the security forces.

For those working in the Gadchiroli terrain, the drill against the Maoist militants is familiar and similar to that in the tribal backwoods of Bastar or the remote tracts at the tri-junction of Chattisgarh-Odisha-Andhra Pradesh. While it works seamlessly in pockets where the state administration has ushered in people-centric welfare measures, in areas where the state is viewed with suspicion or the people are pressured by the militants, such giveaways of crucial information can be catastrophic as in Jambhumpada now.