There were not one but two Gandhis, one a half-casteist

For over half a decade, Father of the Nation remained inconsistent in his views.

When Booker Prize winner Arundhati Roy called Mohandas Karamchand Gandhi a "casteist" in Thiruvananthapuram, Kerala, last month, she was both right and wrong.

The writer of The God of Small Things was bang on if she was referring to the Gandhi who returned to India after spending over two decades in South Africa, travelled around major parts of India in railway's third-class compartments and fasted against violence thrice, and once for Hindu-Muslim unity.

In short, this was the first Gandhi who walked on the earth before 1930.

The first Gandhi believed that "law of heredity is eternal", argued that changing it could create "disorder" and "chaos" in society and fought with BR Ambedkar.

He was against interdining, inter-caste and inter-religious marriages, so much so that he prevented his one son Manilal from marrying Fatima, a Muslim girl, in South Africa in 1926, and made the other son, Devdas, wait for five years before the latter could marry Lakshmi, daughter of C Rajgopalachari, a Brahmin .

Before he allowed Devdas to marry Lakshmi in June 1933, Gandhi changed his views on interdining and inter-caste marriages.

"Restriction on interdining and inter-caste marriage is no part of the Hindu religion… Today, these two prohibitions are weakening Hindu society."

The statement refuted what the Mahatma had said in 1920: "Prohibition against intermarriage and interdining is essential for rapid development of the soul." 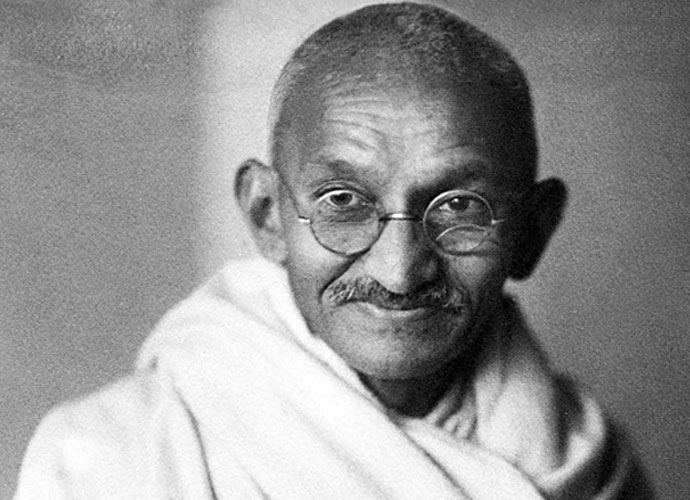 MK Gandhi feared that his earlier views might be misunderstood by posterity.

First he backed the marriage of Humayun Kabir, writer and Bengali politician,with Shantilata Dasgupta in 1930, and later in 1935 approved of Braj Kumar Nehru, a cousin of Jawaharlal Nehru, marrying a Jewess, Magdoina Friedmann, alias Shobha from Budapest.

Apparently, Gandhi's views on the caste system, interdining and intermarriages changed drastically between 1927 and September 20, 1932, when he first sat on a fast against untouchability in Yerwada jail of Poona. In fact, they kept evolving till he breathed his last on January 30, 1948.

The opinion of the Father of the Indian Nation evolved greatly on hereditary occupations as well. While in the period around the early 1920s he never tired of counting the advantages of following hereditary occupations, later he went as far as calling Brahmins, Kshatriyas, Vaishyas and Shudras mere labels.

What is remarkable is that the apostle of non-violence never made a fetish of consistency in his views.

He said: "I am a votary of truth and I must say what I feel and think at a given moment on the question, without regard to what I may have said before on it… As my vision gets clearer, my views must grow clearer with daily practise. Where I have deliberately altered an opinion, the change should be obvious, only, a careful eye would notice a gradual and imperceptible evolution."

Gandhi feared that his earlier views might be misunderstood by posterity and advised his associates to destroy his writings after his death.

Mark Lindley quotes a couple of sources in this regard in her article published in Hacettepe University Social Science Journal (Vol 1, 2002):

"Toward the end of his life, Mahatma Gandhi (1869-1948) said he had, many times, found himself in the wrong and therefore changed his mind and that his writings should be destroyed along with his body when it was cremated, because there was a risk that people would conform mistakenly to something he had written."

Gandhi made it a mission to eradicate untouchability from the Hindu society in the early 1920s. But for over half a decade, he remained inconsistent in his views.

Also read: What is it with RSS not apologising and Modi honouring Gandhi in South Africa?

He called for the entry of untouchables on public roads, public wells, temples and other public institutions. He insisted on antyaja (untouchable) children studying with the caste Hindus in public schools.

He linked Swaraj with the deliverance of lower castes from the inhuman practice of untouchability. "The question of Dheds and Bhangis is intimately connected with this matter. If we continue to harass them and regard them as untouchables, with what face can we demand equality with the British? It is necessary that we understand this before talking of equality."

But at the same time, he resisted interdining, inter-caste and inter-religious marriages, spoke for hereditary occupations and was against the use of force in removing untouchability.

In over last two decades of his life, Gandhi turned his views on many aspects of untouchability on their head and became much more aggressive.

He questioned the shastras, called religious history irrelevant, drew parallels between doctors, nurses, mothers and Bhangis, Dhedhs and Chamars to ask how could the latter pollute if the former did not with their unclean touch?

He even castigated his own associates like Rameshwardas Poddar and Congressmen for believing in the caste system.

In 1946, about two years before his assassination, Gandhi further amended his views on inter-caste marriages when he "informed the public that he has told boys and girls at Sevagram Ashram that they cannot be married… unless one of the parties is a Harijan."

He lived in the middle of municipality sweepers at Mandir Marg in New Delhi for several months.

A year and eight months later, he went out to say: "If untouchability lives, Hinduism must die."

Between 1930-1948, a second Mahatma Gandhi marched on the earth. Arundhati Roy would be grossly unfair in calling him casteist.

Post your comment
#Caste bias, #Untouchability, #Brahmins, #Mahatma Gandhi
The views and opinions expressed in this article are those of the authors and do not necessarily reflect the official policy or position of DailyO.in or the India Today Group. The writers are solely responsible for any claims arising out of the contents of this article.