Why Gandhi drew a parallel between Gau Rakshaks and cow killers

On Saturday, when Prime Minister Narendra Modi asked cow vigilantes to save the animal from dying of plastic consumption, instead of taking the law into their hands, he was only echoing what Mahatma Gandhi wrote in Hind Swaraj, his book on Indian Home Rule, over a century ago.

Advising people to consider cow-protection societies as cow-killing societies, Gandhi wrote in Chapter 10 of Hind Swaraj that the societies symbolised the failure of the Hindu society to protect cattle.

He indicated that coercion on the part of Hindu society had led to an increase in the killing of the cow, instead of bringing it down.

"When Hindus became insistent, the killing of cows increased. In my opinion, cow-protection societies may be considered cow-killing societies. It is a disgrace to us that we should need such societies. When we forgot how to protect cows, I suppose we needed such societies," he wrote in Hind Swaraj (1909).

Also read: All hail Modi for talking on Gau Rakshaks

He repeated his statement on cow-killing societies after about a decade, saying that since his return from South Africa, his conviction had "grown stronger and firmer every day".

The Father of the Nation refused to ask Prime Minister Jawaharlal Nehru's government in 1947 to enact a law for banning cow slaughter on the grounds that India was not a Hindu country.

After Rajendra Prasad told him that he had received 50,000 postcards, between 25,000 and 30,000 letters and many thousands of telegrams demanding a ban on cow slaughter, Gandhi said in a prayer meeting at New Delhi: "In India, no law can be made to ban cow slaughter. I do not doubt that Hindus are forbidden the slaughter of cows. I have long pledged to serve the cow, but how can my religion also be the religion of the rest of the Indians? It will mean coercion against those Indians who are not Hindus…. It is not as if there were only Hindus in the Indian Union. There are Muslims, Parsis, Christians, and other religious groups here. The assumption of the Hindus that India has now become the land of the Hindus is erroneous. India belongs to all who live here." 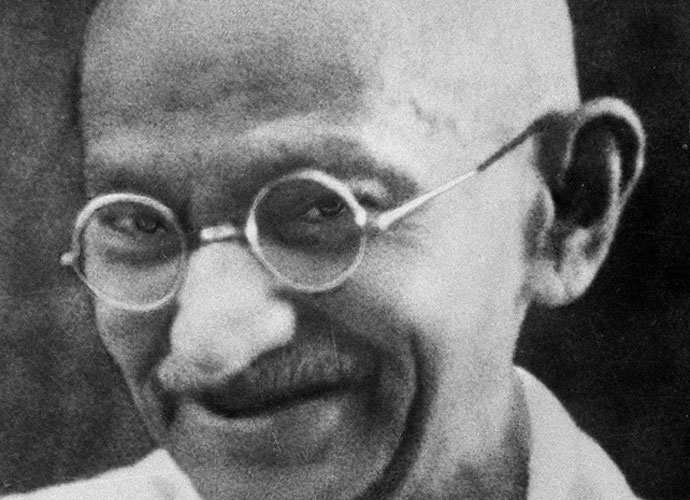 Gandhi said 'I would not kill a human being for the protection of a cow'.

Around a week before this, the Mahatma had told people who sent telegrams to him seeking a ban on cow slaughter to spend money instead on cow protection.

"People send me wires expecting me to persuade Jawaharlal and the Sardar to enact laws to protect the cow. But I will not do it."

A staunch Hindu, Gandhi considered the cow "a poem of pity", "mother to millions of mankind" and "better than the mother who gave us birth" and pledged to "defend its worship against the whole world".

Yet, he would not want anybody to kill fellowmen for its protection. He said, "I would not kill a human being for the protection of a cow, as I will not kill a cow for saving a human life, be it ever so precious."

Calling cow protection as the central fact and outside manifestation of Hinduism, he asked Hindus to persuade beef-eaters, including Muslims, Christians and among themselves that "cow-killing is a sin" and "ought to be abandoned".

"The only method I know of protecting the cow is that I should approach my Mahomedan brother and urge him for the sake of the country to join me in protecting her. If he would not listen to me, I should let the cow go for the simple reason that the matter is beyond my ability. If I were overfull of pity for the cow, I should sacrifice my life to save her but not take my brother's. This, I hold, is the law of our religion."

He was of the view that cow slaughter can never be stopped by law and what was required was promotion of "knowledge, education and the spirit of kindliness towards" the animal.

He called upon Hindus to learn the science of cattle-breeding, replace the cruel method of castration, reform goshalas (he called them Pinjrapoles) and consider if it was possible to use infertile cow for ploughing.

Gandhi believed if Hindus forced a ban on cow slaughter in the entire India, they would be guilty of forcible conversion of Muslims, Christians and other beef-eating communities and castes in the country. He was aware that many Hindus in the country partake of meat.

For the Mahatma, establishment of tanneries in villages could help them gain self-sufficiency. He wanted the villagers to be grateful to the tanners who made use of the dead animals' hide.

He requested them to help the tanners in transporting the carcass to a safe place for skinning.

"If the villagers and the public knew the priceless and noble service the tanner renders, they will provide easy and simple methods of carrying it (carcass), so as not injure the skin at all."

#Narendra Modi, #Mahatma Gandhi, #Gau Rakshaks
The views and opinions expressed in this article are those of the authors and do not necessarily reflect the official policy or position of DailyO.in or the India Today Group. The writers are solely responsible for any claims arising out of the contents of this article.