Why Girish Karnad wasn't the 'Khan Market Gang': Because intellect never rests on the cushions of power

The 'Khan Market' tag came about because Delhi always had a hybrid of the socially networked with easy political access, but true intellectuals like Girish Karnad are known simply by their ideas.

The passing away of Girish Karnad should remind us all that intellectual opposition to majoritarianism does not come from Khan Market.

That is the place my college-going daughter and her friends go to eat and hang out and make huge decisions such as Big Chill or Café Coffee Day. They are regular middle-class kids who travel not in limousines but in the metro and 'Khan' is just the central place between Delhi University and South Delhi, where friends congregate.

The market does offer stuff such as imported avocadoes for Rs 1,300 a kilo, so I presume that’s for the palate of the large diplomatic community that resides in the national capital. Personally, my most memorable association with Khan Market is that for each of my books, I’ve done a modest book signing at the iconic Bahrisons booksellers. They still stock the first and closest-to-my-heart book In Good Faith. Looking beyond: Girish Karnad's legacy lives on not in the 'Khan Market' tag but in his tremendous intellectual creativity. (Photo: India Today)

So yes, I do indeed have good associations with Khan Market. When the temperatures go down, I’ll also make a trip — and ponder over Big Chill or Yum Yum Cha.

The reason why some movers and shakers have responded sharply to the 'Khan Market' tag is because Delhi always had that hybrid of the socially networked who were used to easy political access, both as a way to validate their existence and in many cases, promote their business interests. Some were journalists, others PR people, communications experts, scions of political families — and just social climbers who threw parties because they had family wealth and business.

They lost access to power in 2014 and the recent mandate reinforces that they will not get it in the future. But it’s not personally the end of the world for those with a financial cushion. 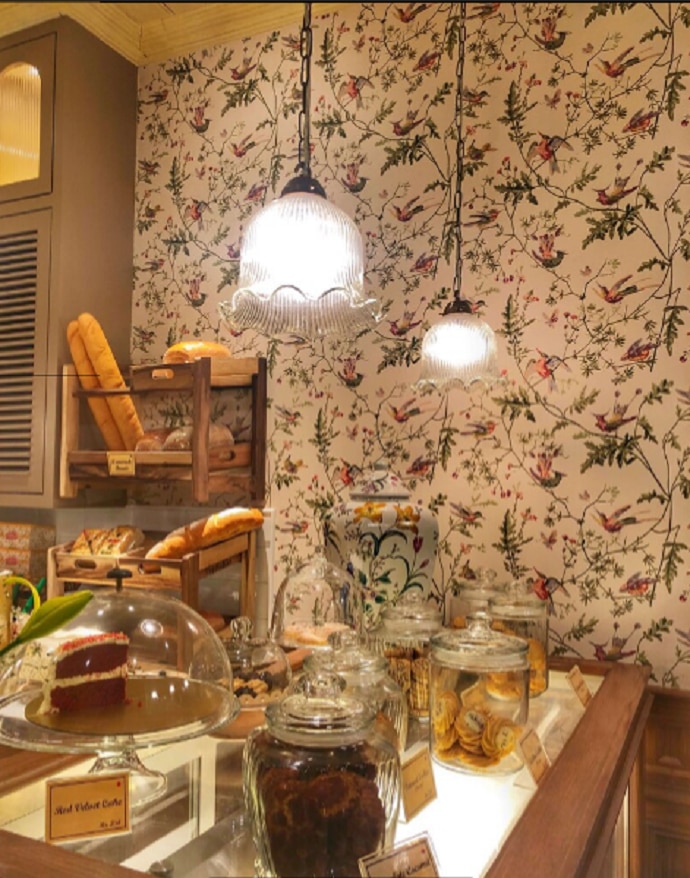 The cookies of furtune: Khan Market is frequented by everyone, from fresh young college students to the city's old elite. (Photo: Facebook/Big Chill)

Many of the old elite can afford to live in central Delhi and are perhaps sighted in Khan Market, along with MPs, diplomats and the young crowd. The point I am building up to is this — the creamy layer was never really the repositories of big humanist or radical ideas. That comes from the vernacular and subaltern intellectuals and in some cases, activists rooted in diverse languages, cultures and regions. As far as I am concerned, the most powerful intellectual voice Delhi produced was that of the 18th-century poet Mirza Ghalib, who questioned every aspect of human existence, including the authority of the clerics and kings.

With the exception of the original voice of Arundhati Roy, in more recent times, the search for equality, justice and humanitarian values have not emanated from Delhi at all. The national capital is a place where people get anxious about their position in the race for relevance — such anxieties do not produce great reflections or insights. It can, however, culminate in successful careers.

The seekers of justice and equality will continue on their path, even if they are silenced, as happened to Narendra Dabholkar, Govind Pansare and MM Kalburgi. Anyone who has read the great works of a Munshi Premchand or a Rabindranath Tagore would know there is no intellectual compromise to be made by imaginations that have so much honesty, integrity and compassion for the human existence. Can one imagine great literature being produced by a bigot? I don’t — although a great performance on Twitter is guaranteed. No, I'm not on Twitter: Mirza Ghalib, the most powerful intellectual voice heard once in the Capital. (Photo: Reuters)

But those who seek a better world in terms of the values to live by cannot be satiated by a culture that is now defined by Paytm connectivity.

Currently, the only intellectual validation the rulers of India need are from those who would worship ‘Might, Money and the Majority’. There will be those who can dust off the old tomes of Bankim Chandra and Vivekananda, and provide validation for the ideas underpinning the worship of power. They will, no doubt, be patronized by King, Country and State.

Those with really powerful ideas do not need patronage anyway — and many spurn it. Ideas survive not because “liberals hate Modi” but because they think beyond him and the imagination does not begin or end with electoral verdicts. Democracy came into existence because great Greek minds once saw it as a more just way to organize human society. There will always be minds that will search for that place without fear, where the head is held high and the world has not been broken up into fragments by narrow domestic walls.

Girish Karnad was one such mind.  May he rest in peace