Fish serves as a staple diet of the people of Goa. People from other states visit Goa as fish can be bought at cheaper rates here as compared to the rest.  “Goan fish curry” is a delicacy that is missed by every person who has ever tasted it. But for few days, Goans may have to skip this staple food from their meals. Because, in a state where fish is main food of the people, a ban on the import of fish from other states has now been imposed, amidst the fear of formalin use on fish. This move by the Parrikar-led government has received lot of flak from the common public. The Opposition was quick to capitalise on this issue and corner the government during the ongoing Assembly session.

What led the State government to take this extreme step? How this decision of the government is affecting the common man of Goa?

The formalin issue has sparked fresh controversy in the state and it is directly affecting the citizens. Deep sea fishing using trawlers is banned every year by the government between July 1 and July 31 — this period is usually the breeding season. To meet the demands from across the state, fish is imported from other states like Andhra Pradesh, Tamil Nadu and Kerala. These consignments usually take, at least, 30 hours to hit the coasts of Goa. Hence, exporters use formalin to preserve the fish. 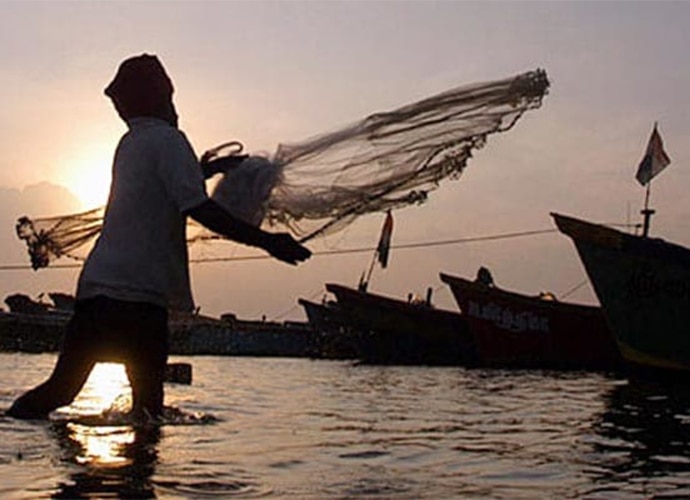 However, formalin is hazardous to health and this fish poses a serious threat to health. Following this controversy, the state government has decided to ban this import till August 3. This decision has created a huge difference in the lives of industrialists, hoteliers and common Goans. Since the local fishermen are currently disallowed from performing deep sea fishing, the demand for fish among the locals across the State has gone up. If we compare fish distribution in the state of Goa between hotel industry and open market, then the hotel industry needs 70 per cent fish of every day and remaining 30 per cent of fish goes to open market every day. This has increased the pressure on the local fishermen to fulfil these demands since Goa needs 2000 tonnes of fish every day.

Even though Goa is known a tourist destination, the State witnessed an off season during monsoons, i.e. from the months of June to August. Tourism was on rise again as monsoons receded. Due to low demand for fish from the hotel industry, Goa never felt the crunch as such and good quality fish always reached the open market. It is a known fact that good quality fish, along with the imported ones, are always bought by the Hotels. Hence, fish of lower quality can be found in open markets.

But now due to the state government's policy of 12-month tourism in state, Goa is experiencing tourist season throughout the year. Hence, all the good quality fish imported from the Southern states reaches the Hotel industry leaving very little for the open market. The people from the state strongly feel that the current Goa government lacks basic infrastructure, mechanism and quality-check regarding the use of Formalin for preserving fish. According to the FDA Director’s statement, the amount of Formalin used in consignments is as per the permissible limits. This statement has definitely paved the way for another controversy in the state. The Goa Congress Unit has demanded suspension of FDA Director Jyoti Sardesai with immediate effect. Congress Legal Cell has also filed a legal complaint against Ms Shelar for her comment on Formalin levels and threatened the Parrikar-led government about moving to court if no appropriate actions were taken against the FDA Director. Congress, which forms the Principal Opposition Party in the State has now got a concrete point to corner the current Parrikar-led government over the burning issue of fish import. The Congress Party didn’t allow the House to run for two days.

Amidst the impact of this ban and the controversy at large on larger industries, its far reaching effects on the common people of Goa is being looked over. This ban is pinching the pockets and disrupting the monthly budget of the common Goans. This ban has indirectly encouraged the local fish sellers to increase fish prices and take advantage of the plight of the common man.

It is extremely unfortunate that while the state government has taken this hasty decision of banning the staple food of Goa, the common people who have cherished fish for decades and served people from across the Globe with countless delicacies have to struggle to do the same for themselves.