Goldman Sachs analyst death: How the rush burns out our brightest

String of suicides and fatal accidents of young employees should make us sit up and question the unsustainable working conditions prevailing in Wall Street.

Jordan Belfort's ecstatic hyperbole, filtered through Hollywood's tortured superstar Leonardo DiCaprio's facial and laryngeal contortions, is yet another sign that the world, Hollywood included, can never tire of mythologising Wall Street and its romantic, conflicted, shadowy "wolves". Our love of "dirty little money-crazed scumbags" is enduring, even when it's laced with admiration, disgust, awe, and at times, hatred. We watch transfixed how the heart of this global capital hub never stops beating, never stops luring in wannabe wolves in sheep's skin, giving them XXXL dreams in their slim, lithe, keen and hungry eyes.

But how many deaths of such fresh, brilliant young guns do we need to let it all sink in? That Wall Street's (and of all its tentacular extensions in the sprawling sub-cities of established and emerging capital markets) permanent capital high is a self-sustaining sugar rush fed on the staple diet of temporal junk. Time is money, literally. Long, unbearably long, 100-hours-a-week long working schedules and round-the-clock exhaustion, emotional, mental, have started taking a veritable toll on this so-called tireless heart of planetary finance.

Worn out and sleepless, young men, barely in their twenties, are jumping or falling to their deaths from high-rises. Whether they are located in Manhattan, New York City's Wall Street, or in bucolic financial districts of San Francisco, California, or in the square mile City of London, the high-rises are now skyscrapers of death. Death by stress, unrequited ambition, if not greed.

And death by poverty of time. 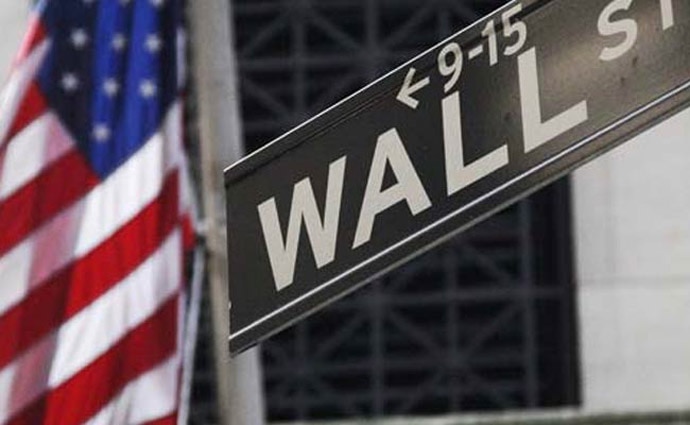 Wall Street is now brimming with harrowing tales of death by stress.

The shocking, heart-wrenching story of 22-year-old Sarvshreshth Gupta, a New Delhi-born graduate of University of Pennsylvania, is perhaps the latest in a string of such dreary ends to tales that began as the American dream reloaded. Gupta, a promising telecom analyst at the San Francisco branch of the (in)famous Goldman Sachs, met with an unfortunate, untimely death in the parking lot of his apartment complex on the morning of April 16 this year, after a marathon stint at office. This happened after he had rejoined the investment banking firm upon insistence from his father, Sunil Gupta, who wanted his talented son to get a hang of what it means to be a smashing corporate shark. Sunil wanted his son to be in the thick of things before he returned to India and took upon himself the daunting task of expanding the family-run education business.

Sarv, as Sarvshreshth Gupta was known among his American colleagues, was a well-liked, "go-to" person, who had taken on a considerably large chunk of workload simply because he thought he could manage it. After all, Wall Street (much like the armed forces, show business, and now increasingly, the news media) is about resilient, heroic smooth operators who can coolly withstand the brain-frying pressure and save the world by creating cart loads of money-some on paper, some as cold, hard cash.

"If you can't take the heat, just get out of the kitchen."

Sarv was determined to do it, for a while, until the heat just got to him. He resigned in March this year, citing unsustainable work pressure, stress and exhaustion as the reason. His father, though a little taken aback, was supportive, although when Goldman Sachs reportedly urged him to reconsider his decision and promised to put him on a lighter schedule, Sarv reluctantly accepted, hoping to live up to his father's expectations.

And with that, Sarv walked right into the death trap that is Wall Street's (by now it's become a Russian roulette of a metaphor) dangling of the money-shaped carrot. For a while, Goldman Sachs kept him on a loose leash, even provided him with a counselor to maintain work-life balance. But that quickly petered out, and soon Sarv was once again doing back-to-back all-nighters, not going home for days at a stretch, sitting alone in his posh glass-walled office, hunched on the computer monitor, crunching numbers and making presentations to satisfy his "annoyed" vice president.

At about 2:40am California time on April 16, roughly 3:40pm IST, Sunil Gupta received a call from a harrowed Sarv, saying he couldn't take it anymore. He advised his son to take a break. By 6:40am, Sarv was dead.

Exact cause of his demise remains unconfirmed still, but some say he fell to his death from the apartment building, while others say he was run over by a car wheezing out of the parking lot. In any case, lack of sleep, excruciating anxiety and acute fatigue had left him completely drained, taking him beyond the point of no return. Whether he committed suicide by jumping to his death, unable to see himself as a failure, a "Wall Street reject", or simply fell down because he was too tired to notice, the writing on the Wall is clear: stress killed him.

Sunil Gupta, a month after he lost his son to carbuncular cheeks of Wall Street work culture, penned a piece, titled 'A Son Never Dies'. He later removed it when the news spread. He wanted to grieve for his loss, quietly.

But this is not only Sarv's story. This is a contagion spreading like a rash on the sick body of every global financial district.

In summer of 2013, a 21-year-old intern at Bank of America Merrill Lynch's London office died after working non-stop for 72 hours. Official reasons mentioned epilepsy, but what induced it is hardly a question. At JP Morgan Chase, another "leading financial services firm and one of the largest banking institutions in the United States" (as it describes itself in its website), a series of deaths of employees stationed in the company's Hong Kong branch and London headquarters resulted in bankers fearing for their own lives and taking out time to visit their shrinks more often as well as taking a slice of time to spend with their much neglected family members.

Not just young and mid-level executives, but even top-ranking persons, such as a JP Morgan executive director, have ended up just flat dead one fine day. Similar cases have been registered at Zurich Insurance Group, Deutsche Bank, Russell Investments, among others, as reported by this Fortune magazine story on this epidemic of finance market deaths. Is there anything as being underpaid in time?

So, where did it all go wrong?

When Karl Marx was unspooling his theories after witnessing working conditions in the sooty, tuberculosis-affected industrial towns of 19th century England, little did he imagine that the proletarian curse of untenable, unhealthy, hazardous and physically grueling labour conditions would one day be the matrix that would also hold the wealthiest amongst us. Sure, it would be squeaky clean, but it would be as barren, repetitive and life-draining as an outhouse factory producing pesticides. Only, the toxin produced here affects the mind first and then defeats the body that has already squandered its basic ability to keep straight and walk upright, towards home. Instead, the body falls flat, collapsing like a lump on itself.

Is Wall Street now a capital factory that thrives on the blood and (invisible) sweat of its millions of employees, the crème de la crème of our times, the richest and also the sharpest? Is finance, and other such service sectors, replicating the same old tired template of extractive, exploitative labour from its entry- and mid-level executives, exactly like the manufacturing industries which prosper on the blood and sweat of massively underpaid workers?

Is there anything as being underpaid in time?

Will there be a Rana Plaza moment for Wall Street too, when an epidemic of mass psychosis, if not being charred to death by fire (as happened in a garment factory in Dhaka in 2013), will simultaneously afflict its best and the brightest?

As Thomas Piketty, French economist and the author of the best-selling Capital in Twenty-first Century, puts it, simply generating wealth is never a guarantee of challenging structural inequalities, since newer inequalities will be bred from the belly of the beast. Just like the worst crimes of the 20th century were perpetrated by its most civilised, the worst afflictions of this century will take root in its goddamned neural centre.

It will be the autoimmunodeficiency of time.

#Sarvshreshth Gupta, #Wall Street deaths, #Goldman Sachs
The views and opinions expressed in this article are those of the authors and do not necessarily reflect the official policy or position of DailyO.in or the India Today Group. The writers are solely responsible for any claims arising out of the contents of this article.