Pranab Mukherjee, the star who shone bright and made Bengal shine bright in Indian politics, has left today.

It was the year of 1984. You were India's Finance Minister. A local farmer, Siraj Miya, and several other Congress workers were brutally killed by CPI (M) workers in Shibpur, Shitalkuchi thana, in the Mathabhanga sub-division of Cooch Behar. The houses of several Muslims were burnt to ashes. You rushed to Cooch Behar to stand by those unfortunate, miserable poor families.

I, a representative of Uttarbanga Sambad then, was with you on your Shibpur journey. You were the second-in-command in Indira's Cabinet. Yet, you took your time to listen to every single question of this insignificant reporter and answered all of them. Despite being a Central minister, you knew the nitty-gritty of all districts. You knew what was happening and where.

I remember your fondness for the pipe. The gravity in your personality dwarfed everything else around you. At the Cooch Behar Circuit House that night, some of us, a little scared, asked you for a photograph with you. You kept even that undue demand of ours! That October marked the death of Indira. Rajiv Gandhi ascended the Prime Minister's seat. You then left the Congress and formed the Rashtriya Samajwadi Congress. During those years, I met you again at a public rally in Cooch Behar's Shahid Bagh. You looked quite lonely, a little forlorn on that day.

As a Congress leader and Cabinet minister, you came to Cooch Behar several times. Several times, I have had the opportunity to see you up close and interact with you.

Many years after that Shahid Bagh rally, I met you again. It was December 12, 2000. A strange deja vu marked this visit of yours to Bararangrash in Cooch Behar. CPI (M) cadres had killed several Congress workers, yet again. It was the reign of the Left. Wherever there were incidents of atrocities on Congress workers - and there were many - you rushed to be by their side. In their weakest moments; in the moments they needed someone. In that elephantine memory of yours, you tucked away the names of even the lowest of Congress workers of this district. 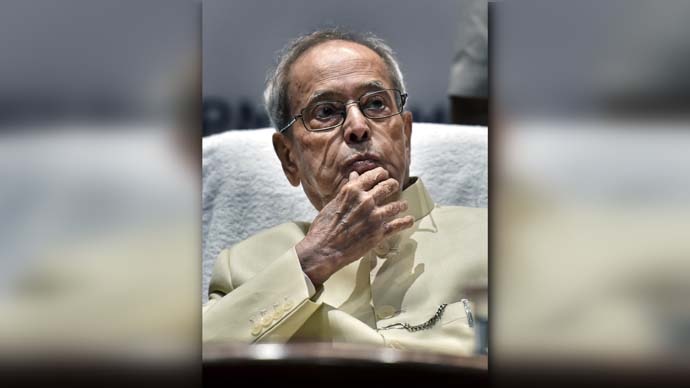 From a tiny village called Mirati in Birbhum, you rose to the highest position in the country. On your own capability; on your own. (File photo: PTI)

I covered your election rallies many a time.

From a tiny village called Mirati in Birbhum, you rose to the highest position in the country. On your own capability; on your own. The star who shone bright, and made Bengal shine bright in Indian politics, has left today. Be well on the other side. Goodbye, Pranab da.

#Rashtriya samajwadi congress, #West Bengal, #Birbhum, #Pranabmukherjee
The views and opinions expressed in this article are those of the authors and do not necessarily reflect the official policy or position of DailyO.in or the India Today Group. The writers are solely responsible for any claims arising out of the contents of this article.

The author is a writer and former journalist. He has covered Cooch Behar and Assam for over 40 years.