Growth, employment, healthcare: Which numbers to believe in Donald Trump's US

By some accounts, the economy is doing spectacularly well. At the same time, infrastructure has been deteriorating.

The US presents a bewildering pattern of images.

Like in a kaleidoscope, the same elements yield a different pattern every time you twist it.

By some accounts, the economy is doing spectacularly well. It has seen the longest period of economic growth in its history, currently averaging 3.5 per cent annually. Wages are rising, unemployment is at a historic low and consumer spending, which accounts for two-thirds of the economic activity, continues to grow.

Yet, naysayers say that growth will peter out soon and that there are signs of slowdown in the automobile, agriculture and house construction sectors.

GM’s recent decision to shut five plants and cut 14,000 jobs was a shock.

Trump supporters say that the tariff war with China and the re-designed NAFTA (now called the US-Mexico-Canada Agreement) will strengthen the US economy further. But it would be difficult to miss the signs of a building political crisis as the investigation of Special Counsel Robert Mueller over the Russian interference in US elections.

Till this week it appeared that the investigation was on people working for Trump. But now it has begun focusing on Trump’s own actions.

Among these were reports that Trump was in close contact with his aides as they contacted the Russians and Wikileaks. This was the burden of the testimony of Michael Cohen, Trump’s lawyer, who made it clear while submitting a guilty plea that his criminal actions were on behalf of Trump and that Trump had been involved in discussions about building a skyscraper in Moscow even while campaigning for the office of President.

In last week’s court filings by Mueller, Trump was labelled “individual 1”. This filing spelt out the facts that led to Cohen’s guilty plea to lying to Congress.

Underlying this is the political situation in the US, which remains a deeply divided nation. This was manifested by the outcome of the recent elections that saw the Democrats make massive gains in the lower House of Representatives, and the Republicans expanding their lead in the Senate.

Observers say that the Democrats dominated the suburban House constituencies, while the Republicans won the rural Senate states. 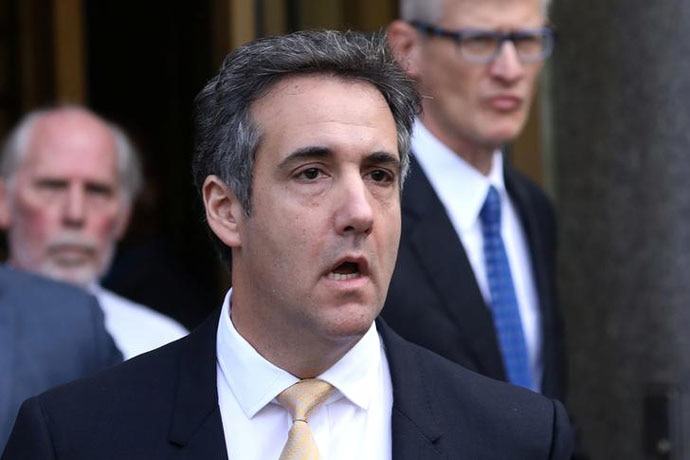 Trump's lawyer Michael Cohen made it clear that his criminal actions were on behalf of Trump. (Photo: Reuters)

Twist the kaleidoscope once more and there is more alarming news.

We are aware, of course, that America’s infrastructure has been deteriorating for a while now. With tax cuts being the prevailing ideology, governments, federal and local simply lack the money to carry out the much-needed repairs and new constructions.

Trump had promised to change things, but he has gone the same way, pushing a tax cut that has helped stimulate the economy but provided little money for the federal coffers.

This has been done along with a massive rise in defence expenditure.

The 2019 military budget of $716 billion for 2019 is $82 billion more than the one for 2017. About 17 per cent of America’s federal government expenditure of $4 trillion goes to the military. Pouring billions into defence prevents the US from spending money on health care, child care and repairing its infrastructure.

Even so, it is a shock to hear that there has been a drop in the life expectancy of the Americans. Trump had apparently been involved in discussions about building a skyscraper in Moscow even while campaigning for the office of President. (Photo: Reuters)

Latest figures of the Centres of Disease Control show a slight drop from 78.6 per cent from the 2016 figure of 78.7. Life expectancy figures provide a snapshot of the country’s overall health, says the CDC Director Dr Robert R Redfield.

The reason for this is the rising opiod-related mortality and the rise in suicide rates. Between 1999 and 2017, suicide rates have risen 33 per cent. Drug overdose deaths increased in the past year from 63,632 to 70,237.

Another issue roiling the country is that of immigration. This is surprising from a country that was founded by immigrants and owes its prosperity to successive waves of migrants who continue to come to this day and enrich the country, not just by their labour, but their various talents.

It is well known, for example that while US-born scientists have won the most Nobel prizes, the number two category belongs to scientists who immigrated to the US. But talent comes in many shapes and sizes.

Among the more famous is Steve Jobs, the founder of Apple, whose father was a Syrian immigrant.

Sabrina Gonzalez Pasterski, who is being called the world’s next Einstein is a 23-year old Cuban-American. She is currently in a unique Ph.D. programme in Harvard University, where she can study whatever she wants on her own terms.

The US still has a lot going for it especially its physical and intellectual resources. But it risks undermining itself by the kind of bitter internal divisions it has and by its tendency of using the military as a solution for political problems.

Also Read: How I got addicted to Donald Trump

#Immigration, #Employment, #US, #Donald Trump
The views and opinions expressed in this article are those of the authors and do not necessarily reflect the official policy or position of DailyO.in or the India Today Group. The writers are solely responsible for any claims arising out of the contents of this article.