This Gujarat Assembly elections, more than any other poll since he became the prime minister in 2014, has become a big prestige issue for Narendra Modi as well as Amit Shah. That also explains the desperation and the nervousness with which the duo is approaching the battle. Prime Minister Modi has already made over a dozen trips to the state even before the elections were announced, and Amit Shah has virtually shifted base to the state.

The BJP has also deployed a high-powered ministerial team led by finance minister Arun Jaitley, defence minister Nirmala Sitharaman in addition to Rajya Sabha MP Bhupendra Yadav to oversee the management of the Assembly elections. It's a battle like no other. For a state that has been its bastion for over two decades and one which the BJP under Modi has won outright in the last three elections, this time around, the battle is much closer than what most pollsters are predicting.

Most pollsters, including the India Today-Axis My India opinion poll show the BJP in pole position to form the next government in the state. In fact, the India Today-Axis My India opinion poll has predicted that the BJP will win anything between 115 and 125 seats while the Congress along with OBC youth leader Alpesh Thakor and Dalit activist Jignesh Mevani will win only 57-65 seats. The opinion poll also predicts a mere two per cent increase in the Congress party's vote share were Hardik Patel to join hands with it. 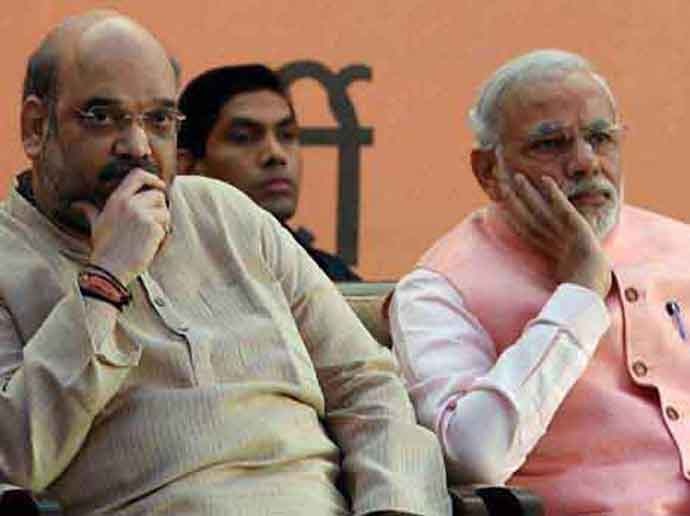 Be that as it may, anecdotal evidence on the ground seems to suggest that Gujarat 2017 is by no means a done deal. If the perceptible disgruntlement among the traders and small businessmen against the GST and the angst among the Dalits and the influential Patel community is anything to go by, the battle will be much closer than in the past and could perhaps even yield a surprising outcome.

While the poll do show over 50 per cent of the people being unhappy with the government's decision to implement the GST and demonetisation, they do not believe it will be enough to defeat the government. "There is some discontentment, but there's no mass anger against the government on the issue," says Swaraj India president and psephologist Yogendra Yadav. Eminent columnist Aakar Patel is of the view that the Congress party lacks the "ground game" or organisation to be able to channelise this negativity against the government into votes in its favour.

The Congress is clearly banking on the growing discontent among the Patels, the Dalits and the OBCs by putting together a umbrella coalition of these groups. It has been assiduously wooing Hardik Patel, Jignesh Mevani and Alpesh Thakor to join hands with it to defeat the BJP. It has also taken great heart from the fact that unlike the past three elections, the issue this time around is not secular versus communal, but rather affirmative action, and by picking holes into the BJP's allegedly lopsided development plank.

Even though most analysts concede that in the run-up to the polls, the polarisation issue has been conspicuous by its absence, but others like Yogendra Yadav and Aakar Patel are of the view that during crunch time the issue will have a very strong bearing on the voting pattern. "The communal issue has become an intrinsic part of the state's DNA, it doesn't have to be invoked every time, when the time comes to vote Dalits, Patels and Thakur's will think of their Hindu identity first," says Patel.

The BJP has also taken great heart from the fact that despite the anger against moves like the GST, over 60 per cent Gujaratis believe that the state has benefitted after Modi became the prime minister. "They may be unhappy with GST and demonetisation, but they will not do anything to weaken Modi," says Yogendra Yadav.

Smarting from three successive defeats in the state, the Congress party has been pushing all the right buttons. Shankersinh Vaghela's defection has helped paper over the differences within the party for now, it has got its medium strategy in place, Rahul Gandhi has been campaigning relentlessly, and the party has also been trying to shed its pro-minority image by making the Congress vice-president visit some prominent temples.

The Congress believes, more than ever, that its moment in Gujarat is finally at hand. But empirical evidence points to the contrary.

If the Congress does manage to pull off the "impossible", it might just breathe life into the party besides providing Rahul Gandhi the ideal platform to try and prevent Prime Minister Modi from running away with the 2019 General Elections.

If Modi and Shah manage to thwart the Congress and Hardik Patel, Jignesh Mevani and Alpesh Thakor, they will end up ruling 19 states in the country besides making their task of reclaiming power in the next General Elections that much easier.