What no one's telling you about Gujarat Assembly election results

Let’s get to the brass tacks straightaway. The BJP has won Gujarat. But the Congress hasn’t lost. Rahul Gandhi has passed his first litmus test after becoming Congress president, with flying colours.

Instead of celebrations for retaining Gujarat for the sixth straight time (CPM-led Left Front won West Bengal Assembly elections seven consecutive times) and wresting Himachal Pradesh from the Congress (a non-swing state which in any case, like Kerala, normally doesn’t repeat governments), the BJP and Prime Minister Narendra Modi need to worry. And Rahul Gandhi-led Congress party has reasons to smile as it can justifiably argue about victory in its defeat.

Had the BJP accomplished Mission 150-plus (winning 150 or more seats in the 182-member Gujarat Assembly) as trumpeted by party president Amit Shah, or come anywhere close to it, the next General Elections - due to be held only by May 2019 - would have been brought forward to an earlier time, may be by six to eight months. But now with the BJP’s narrow victory (only 99 seats - the first time since 1995 when BJP's tally has been reduced to double digits), this scenario should be ruled out. Now, Prime Minister Narendra Modi, perpetually in election mode, will be focusing on Karnataka, Rajasthan, Madhya Pradesh and Chhattisgarh where Assembly polls are due in early 2018. The Congress just has to retain Karnataka, whereas the BJP has to fight a tough battle to retain the other three. In any case, the Congress rule is now limited to just four states after the loss of Himachal Pradesh. The BJP’s stakes are much bigger.

2) Rahul Gandhi may not have arrived yet

The newly anointed Congress president may not have arrived as yet. He’s picking up steam, slowly but surely. Rahul Gandhi boldly decided to take over the mantle of Congress president in the middle of Gujarat elections and was virtually the lone warrior for his party in Gujarat. Unlike Amarinder Singh in Punjab, he had no big Congress leader in a state where the Congress has been out of power for 22 years. And yet he performed admirably well and gave the BJP, ruling both at the Centre and in the state, the run for its money. This is clear not only in the sharp uptick in the number of Congress seats, but also in the vote percentage. 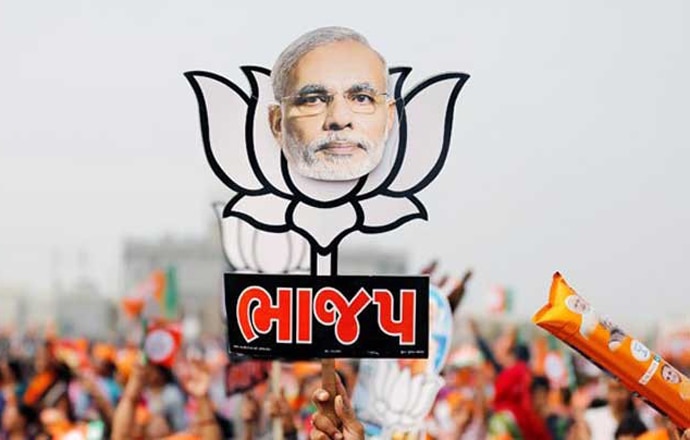 Rahul Gandhi also managed to successfully shrug off the derogatory “Pappu” epithet given to him by the BJP and its followers on social media and displayed a remarkable level of articulation and willingness to take on Modi in his own style of coining catchy words (GST - Gabbar Singh Tax) and connecting with the people in the language they understand.

3) Gujarat model goes for a toss

It must go to the credit of the Congress party that the BJP’s much-touted Gujarat model was conspicuous by its absence in the political narrative of Modi-Shah combine during its campaign. A party which so gleefully talked of a Congress-free (Congress-mukt) India, spent much of its time and energy in attacking the Congress. Psychologists would confirm that "the ones you fear most, you attack the most". When the so-called Gujarat model wasn’t paraded in the home state, what would be its credibility in the upcoming Assembly elections in other states?

It's out in the open. The BJP’s Achilles heel - direct electoral contests. The BJP has been feasting on multi-party contests as demonstrated in Uttar Pradesh Assembly elections earlier this year. But Gujarat has highlighted its vulnerability in direct contests. This factor will be of acute importance when the upcoming Assembly polls are held in a few months in states such as Rajasthan, Madhya Pradesh and Chhattisgarh where once again the Congress and the BJP will be locked in direct contests.

Well, exit polls were never seen in India as Delphi's Oracle, but Gujarat has once again made a huge dent in their credibility. Outliers like Chanakya would be ruing their overly high projections for BJP’s win which was close to Amit Shah’s Mission 150-plus. But who bothers? In our TRP-driven media, the exit polls will continue to have acres of space and airtime in future too.