Liberals should stop whining, Modi and Amit Shah are unbeatable

People believe in the prime minister's 'mann ki baat', making him a formidable force to reckon with.

Every victory tells several stories. Which one we choose to look at is important. The BJP's win in Gujarat, even with a margin narrower than what it managed in 2012, comes with its share of facts. All the facts, notwithstanding which way we look at it, have one underlining truth. Narendra Modi and the party that he leads are a force far more formidable than anyone anticipated or dared to admit. Under Modi's leadership and party president Amit Shah's stewardship, BJP is now an unstoppable force.

While the party, tagged along with the colour saffron, has won both Gujarat and Himachal Pradesh, it is the story emerging from the win in Modi and Shah's home state that captures the real might which the party now enjoys through the agency of its leader and his lieutenant Amit Shah.

If grabbing power is difficult, retaining it is even more arduous. Battling 22 years of anti-incumbency is not usual in Indian democracy, or indeed anywhere. There was palpable dissatisfaction among the traders of Gujarat who had been hit first by demonetisation and then by the Goods and Services Tax (GST). But when the traders stepped out to vote, they reposed faith in Modi's leadership to steer them out of the economic mess that many believe is of Modi's making. 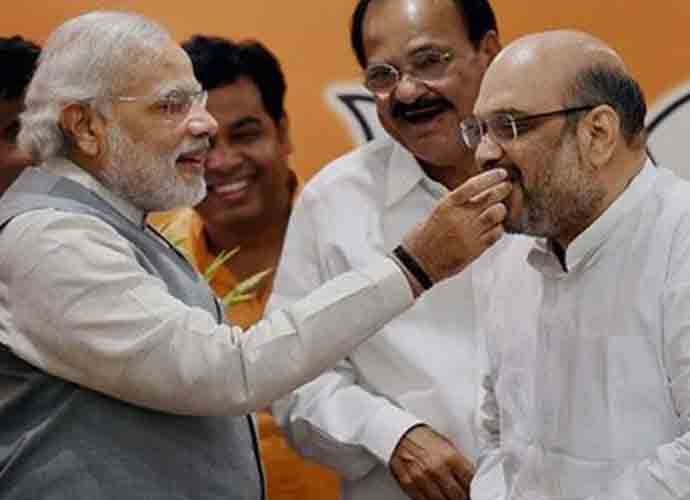 The same story of trust was writ large even in the Himachal Pradesh verdict, where apple growers and other traders had complained about how GST was leading to increase in input and operational costs by making the process of filing returns cumbersome. Despite the pain that these traders experienced, they believe that there is just one party which can provide the salve they need. They believe in Modi's "mann ki baat".

When the prime minister tells his people that all economic hiccups are only aimed at streamlining the parallel economies that have been running in the country, that his aim is to formalise the system, people show eagerness to go through that pain. When Uttar Pradesh went to polls, the pain that demonetisation made people go through was still fresh and yet the BJP won the state decisively. Which government on the face of earth can survive after putting people through such hardships? But Modi has not just survived, he has flourished.

Economic mess is only work in progress

GDP numbers in the Modi regime are only for newsroom discussions, it seems. On the ground, people believe only Modi can bring them the promised "achhe din" and even if it takes longer than expected, they are ready to wait. The country lost the fastest-growing economy tag early this year followed by the banning of Rs 500 and Rs 1,000 notes and yet it did not dent BJP's poll prospects. Even before the Indian economy could recover from the impact of the note ban, the government rolled out the biggest tax reform - the GST.

The rising frequency of farmers' agitations in Tamil Nadu, Maharashtra, Madhya Pradesh and elsewhere in the country and the high incidence of farmer's suicides - all signs of an agrarian crisis - have failed to breach the BJP's citadel, which is gaining strength brick by brick, election after election.

Thousands of farmers recently marched to Delhi, across unions and political ideologies, to draw the government's attention to their plight, and yet when it comes to votes, the Modi-Shah combine manages to buck all opposition and dissent. In Gujarat, though the party has fared poorly in the rural belts, the urban centres have voted for it. The party is doing its calculations well, working hard on danger areas and not being complacent even in its strongholds.

With community leaders like Hardik Patel, Alpesh Thakor and Jignesh Mewani raking up caste issues in the polls, many believe the BJP strengthened its booth management without getting into polarisation on lines of caste and religion. According to an India Today report, the party deployed at least 30 dedicated workers on each booth in order to bring maximum voters to polling booths.

Over the last three-and-a-half years, the Modi-Shah juggernaut has completely changed the political map of the country. The party's rule has spread from eight states to 19. Before the massive victory in the 2014 General Elections, the BJP was in power in five states - Gujarat, Rajasthan, Madhya Pradesh, Chhattisgarh, and Nagaland. By the end of 2014, the party had spread its control to 11 states.

The Congress, meanwhile, has been consistently shrinking. The party has hold only in four states and one union territory - Punjab, Karnataka, Meghalaya, Mizoram, and Puducherry. Which means in north India, the Congress is in power in just one state - Punjab. Interestingly, three of Congress-ruled states - Karnataka, Meghalaya and Mizoram - are going to polls in 2018. With the Modi-Shah combine clearly focused on victory, and Congress president Rahul Gandhi still trying to find his feet, a Congress victory in any of the three states would only be a surprise. The BJP also looks comfortably placed to sweep the 2019 General Elections. Bihar chief minister was only right in saying that nobody is strong enough to take on Modi in 2019.

Modi-Shah duo has already started campaign for Mizoram & Meghalaya. No time for rest.Congress is happy, ecstatic & in joyful mood after giving tough fight in #GujaratVerdict. They are clueless about North-East.

The Indian liberal media, and some sections of the foreign media too, have been literally liberal in their criticism of the Modi government. Deriding the government as fascist, a system of government under which suppression of opposition and dissent is absolute, newspapers and newsrooms have constantly attacked the Modi government with acerbic criticism, which has not shied from calling Modi a dictator and insinuating that his lieutenant had criminally subverted institutions and promoted corruption through his family. Every "hate speech" from the "saffron brigade" has been flashed in prime time news stories and on the front pages of national dailies. But it seems nobody is paying heed to this scathing criticism. Rather it has backfired on the media, which stands accused of being an echo chamber and supporter of the Congress. 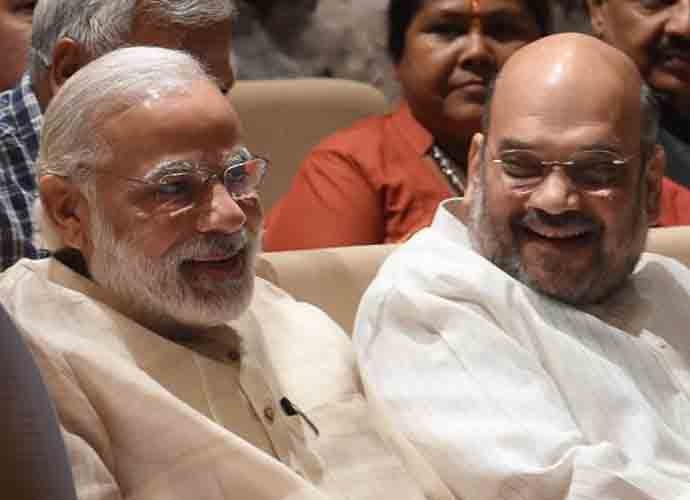 For every criticism hurled at Modi, the media has been accused of working with an elitist bias that discounts the BJP's "commitment" to "nationalism".

Modi has risen and so has his party to the point that it now seems that their fortress is impregnable. That this rise has happened despite the resistance makes it unbelievable, that Modi's popularity has grown with every dose of criticism mounted against him, that every victory has come in the face of reported disconnect on the ground makes Modi even more formidable and even more invincible.

Modi detractors need to go back to the drawing board to understand just where have they gone wrong. Meanwhile, Modi-Shah may have begun work on scripting victory in yet another election in yet another state. It's one battle where Modi-Shah have a clear edge.

Also read: Jignesh Mevani’s victory is a boost for Dalit uprising in Gujarat

Post your comment
#Liberal Media, #Rahul Gandhi, #Narendra Modi, #Gujarat Polls
The views and opinions expressed in this article are those of the authors and do not necessarily reflect the official policy or position of DailyO.in or the India Today Group. The writers are solely responsible for any claims arising out of the contents of this article.