The Anger of Gulzar: Unlike his softly musing romantic poetry, Gulzar sahab's political verse is hard-hitting and edgy

On his birthday, a look at the poet extraordinaire's writing on communal violence, corruption, unemployment. The tone and words here are different from Gulzar's beautiful romantic verse.

(He did not choose his religion

He inherited it from his parents

How is it possible for anyone to choose their parents

The country was by virtue of where his parents lived

He had not chosen his country.

He was only nine, why was he picked up

By communal rioters and slaughtered...)

Gulzar, a contemporary Indian poet, is a household name.

Although he is largely recognised as a romantic poet, there is a huge body of his work on the social concerns of the nation.

He himself is an eye-witness to the Partition and has struggled to come to terms with the gory memories of violence. What is striking is that his writings are not provocative in any form but only show his sensitivity and arouse sorrow amongst his readers/audiences. 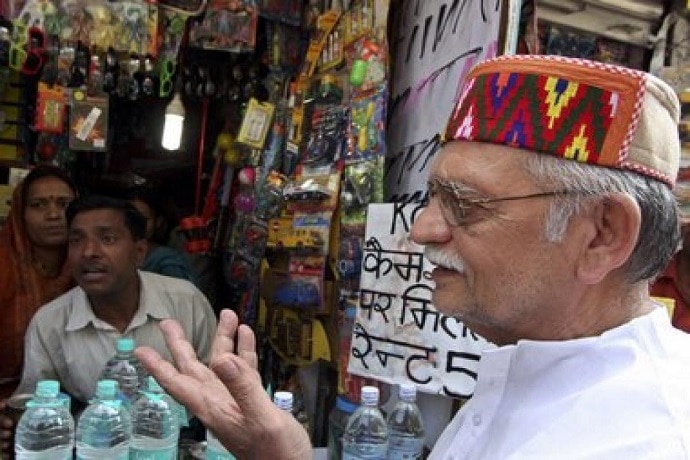 Always troubled by the unrest and the killings that he saw around, there are a series of poems that Gulzar has written questioning God, titled, ‘Fasaadat 1 – 6’ in Raat Pashmine Ki.

He questions the very presence and existence of God, in his poem ‘Fasadaat 2’.

(No miracles occurred that night

All those who were in the place of worship that night

Had prayers on their lips

And the light of conviction in their eyes

That they were in the house of God

Everyone had heard of hundreds of miracles

Everyone remembered God with hundreds of names

No one heard any divine voice

Neither of the God – nor of the police!

All of them were torched alive

No miracles occurred that night)

And, goes on to put God on trial in the ending couplet of ‘Fasaadat 3’:

(The Gods were under trial last night

Their homes in my city were torched yesterday!!)

There is a marked difference between the kind of writing that Gulzar does for films vis-à-vis what he has published in his anthologies of poetry.

Although there are political songs for films also, especially in the films that he himself directed (such as Mere Apne, Aandhi, Maachis and Hu Tu Tu), the political poetry in his anthology is stark and blunt.

(1971) Meena Kumari with Director Gulzar during the shoot of ‘Mere Apne’. pic.twitter.com/UHlOWusx9q

One can come to the conclusion that with regard to the former, Gulzar is bound up with the storyline and market dynamics — but with the former, he has the free will to express his innermost anguish, his take on the socio-political reality in a manner that he wishes to. An apt example would be the manner the poet treats the issue of elections, and the intentions of the politicians, as he writes for Aandhi (1975) and for a poem. The song, 'Salaam Kijey', a parody on the elections, draws a comparison between the situation, pre and post-elections. Respect, bubbling with sarcasm, is given to the politicians who come out to reach to the masses, canvassing before the elections, in our democracy.

(Pay regards, Her highness is here

Has come to answer for the last five years

Want to buy our votes, giving us grains

They hide naked bodies with shroud

They are magicians, they work in a jiffy

They kill hunger with the talk of the Gods)

When expressing his mistrust in the democratic elections in a Triveni (a three-line poem form propounded by Gulzar, where there is a hidden/unsaid meaning between the second and the third line), Gulzar writes,

(Pamphlets are being distributed in the lanes

These are the testing times of elections)

In Mere Apne (1971), his directorial debut, Gulzar brings out the helplessness of a common man. The song, 'Haal Chaal Theek Thaak Hai', on the unemployed youth and its frustration, peppered with wit, humour and satire, and written about five decades ago, has become timeless, as the situation still seems to be the same.

(I am doing fine

I don’t have work, else

With your blessing, everything is fine)

The song, 'Salaam Kijey', a parody on the elections, draws a comparison between the situation, pre and post-elections. (Photo: Reuters)

Be it questioning God for all the killings and misery in the world, or expressing his distaste at the manner in which politicians exploit the masses, there is an inherent anguish in Gulzar’s writing when he observes the socio-political situation of the county. An apt poem to conclude would the ending couplet of ‘Akhbaar’ which expresses a certain grief and anger at the various killings and unnecessary bloodshed in the nation.

(Every morning the newspaper

Comes drenched in blood to my house).

(The present write-up includes excerpts from the author's doctoral thesis. All translations are by the author herself)