Why hate crimes are rising against Hindus in the US

India's 'cow vigilantism' is much highlighted in US media. The other side of this story has been completely ignored in this process.

The US Federal Bureau of Investigation (FBI) on November 13 has released its yearly Hate Crime Statistics for the year 2017. With a total of 7,175 hate crimes reported to the Uniform Crime Reporting (UCR) Program database by the law enforcement agencies across the country, the data shows an uptick of 17 per cent from a year before. There were 6,121 hate crimes reported in the year 2016.

As unfortunate and abhorrent this statics is, the data also shows a rise in hate crimes against Hindus. There were a total of 1,749 religion-based hate crime victims in 2017. Out of those, there were 15 Hindu victims compared to just 5 two years ago in 2015.

While the bulk of the victims of these religion-based hate crimes were the Jews alone (58.1 per cent), there were a total of 53 combined victims belonging to Hindu, Sikh, and Buddhist faiths. Many blame President Trump’s rhetoric and policies squarely for this rise. (Photo: Reuters)

The data is alarming and shocking no matter how we look at it. However, given the current extremely polarised political situation in the US, most are not surprised by the report. Many blame President Trump’s rhetoric and policies squarely for this rise. Some, on the other hand, blame the identity politics of the liberals for this upsurge.

FBI started tracking hate crimes against Hindus in 2013 due to intense lobbying by Hindu groups, most notably the Hindu American Foundation (HAF). Samir Kalra, the HAF Managing Director, noted the following in his statement reacting to the FBI data:

“The FBI stats, while helpful, do not represent a complete picture of the extent of hate crimes faced by Hindu Americans. Many incidents don’t get reported by victims or are not recorded by law enforcement. Similarly, many bias incidents against Hindus may not be recorded under the anti-Hindu category due to mistaken identity. For instance, some incidents motivated by anti-Arab or anti-Muslim sentiment may actually involve Hindus victims. Moreover, some crimes against Hindus may be based on their racial or ethnic identity and consequently be categorised under a racial/ethnic category instead.” 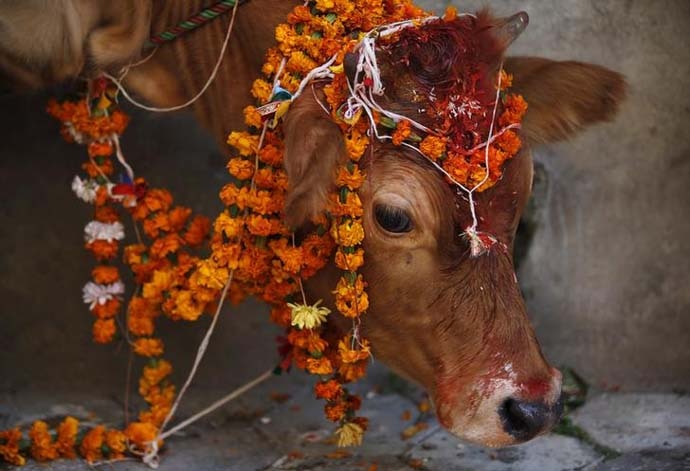 The so-called cow-vigilantism was highlighted in the world media, including in the US. (Photo: Reuters)

However, unlike many other minorities, Hindus in the US until recently, have not been a politically organised group. Neither did they fight most deep-rooted ethnic, religious, and racial biases against them in the US. These biases were the legacy of the colonial period. In what Arvind Sharma, the Birks Professor of Comparative Religion at McGill University, calls “outsider to outsider” mode of transmission of ideas about native religions of the colonies, the West became familiar with the religions of the Americas, Africa, and Asia mainly from the lens of the outsiders so much so that the insider view completely disappeared from the narrative.

Post-independence such biases were kept perpetuating by the Leftist academics both within India and outside and the US was no exception. It wasn’t until recently that Hindu-Americans organised to fight a long and sustained battle to get rid of some of the biases and inaccuracies from California history textbooks. These textbooks were Hinduphobic in nature, to say the least, and portrayed Hinduism in a very negative manner.

For example, in the picture below taken from one of California textbooks, black and white picture of cows eating garbage is shown to represent Hinduism. Whereas Judaism, Christianity, and Islam is not only in color, they are more aesthetically pleasing as well. In another picture, the discussion on the Maurya Empire, arguably one of the largest and most successful empires in the world, has a large picture of laborer working on a railway track alongside a monkey. 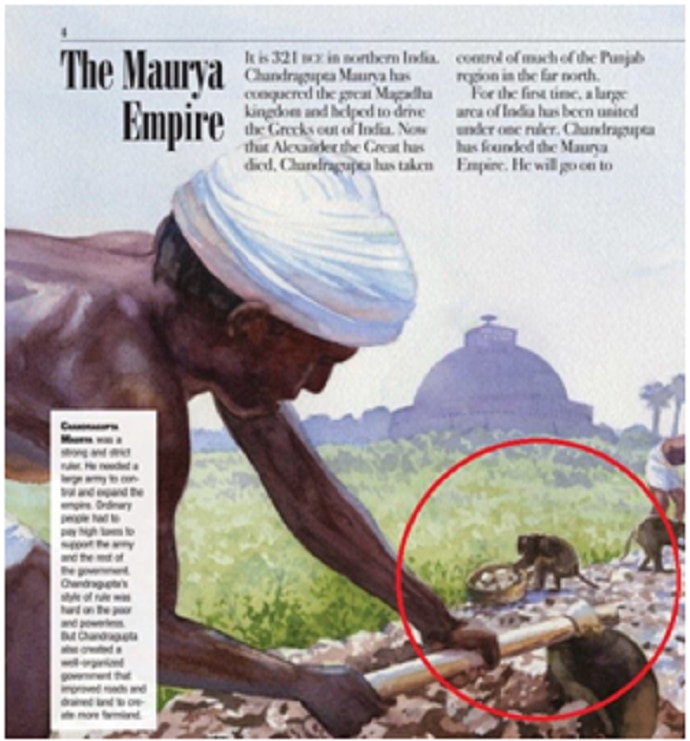 How US text books like to depict the Maurya Empire.

As if these prejudices were not enough, narratives of Hinduism as an inherently oppressive and patriarchal faith has been peddled through what many, including independent researcher and adjunct JNU faculty Rajiv Malhotra, call ‘Atrocity Literature’. Malhotra defines atrocity literature as a “technical term referring to literature generated by Western interests with explicit goal to show the target non-Western culture is committing atrocities on its own people, and hence in need of Western intervention.”

Owing to their ideological zeal, many journalists, including many Indians as well as Indian-American journalists, writing in US media outlets constantly present a very negative picture of India in general and Hindus in particular.

A random Internet search of US media outlets such as Washington Post, New York Times, Huffington Post will show the amount of negativity towards India in general and Hindus in particular has increased since 2014.

For example, the so-called ‘cow vigilantism’ was highlighted in the world media, including in the US, as Hindus ganging up against a 170-million strong minority Muslims in India. The other side of this story was completely ignored in this process.

Similarly, "misleading" stories about ‘Church attacks’, rapes & women’s safety, and overall communal violence were covered in the Western world, including in the US without much journalistic due diligence."

All these factors have a potential to create a very volatile condition for a tiny peaceful Hindu minority in the US. Some of it was showcased during the recently concluded 2nd World Hindu Congress (WHC) in Chicago this September. WHC was organised to commemorate the 150th anniversary of Swami Vivekananda’s World Parliament of Religions speech. About 3,000 Hindu delegates from over 60 countries had gathered in the Chicago suburb of Lombard.

Several anti-Hindu hate groups comprising radical lefts, pro-Khalistani, fundamentalist evangelical, and Islamists, launched an expensive PR campaign to defame the WHC. So determined were they in their hatred for Hindus that some of these hate-mongers managed to breach a high-level security at the conference venue and briefly disrupted its proceedings. 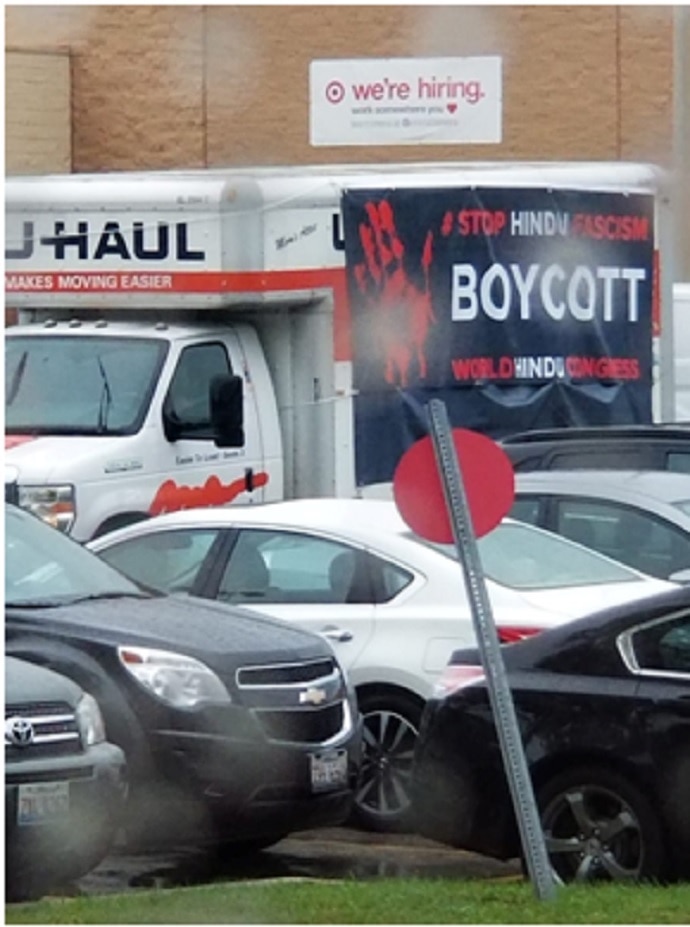 Even the 2nd World Hindu Congress was disrupted by several hate groups.

With anti-immigrants feelings on the rise, many Hindu-Americans are feeling the heat. While the FBI data does not give any insights into the causes of rising hate crimes against Hindu-Americans, we need to look at the situation as a whole to better protect the interests this minuscule yet extremely successful and law-abiding religious minority in the US.

Also Read: Why the Hindu community in North America stands at a crossroads

#Hinduism, #Religious minority, #Donald Trump, #United States
The views and opinions expressed in this article are those of the authors and do not necessarily reflect the official policy or position of DailyO.in or the India Today Group. The writers are solely responsible for any claims arising out of the contents of this article.