It only deflects attention from any real conversation about the precarious state of higher education in India and the forces responsible for it.

Chetan Bhagat’s article in ToI, "What out-of-control Delhi University colleges can learn from uncool IITs", poses a false comparison between a "chaotic" Delhi University and the "efficient" IITs (Indian Institutes of Technology).

The structure of the argument is similar to the modus opernadi of the present BJP government and its cavalcade where any meaningful political or social debate is thwarted by posing untenable binaries.

When one starts to scratch the surface of such "us versus them" debates, the contradictions and the implicit unsaid assumptions of these arguments quickly come to the fore.

Bhagat’s plea to view the IITs as possible alternative models to the inefficient DU colleges can be read in this vein.

IITs are excellent examples of the former kind.

What undergirds this obedience is, among other things, the efficiency of meting out adequate punishment that discourages students from indulging in any disruptive behaviour. 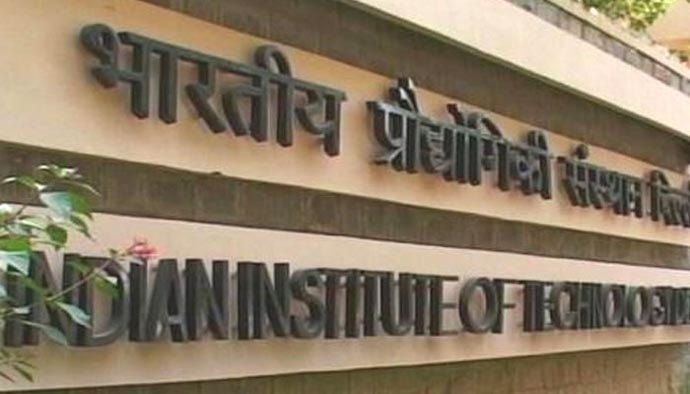 If students react as social beings to the world which they inhabit such voices will be muffled in the name of efficiency. Photo: PTI

Very recently, a pro-Ambedkarite group was banned in IIT Madras for distributing pamphlets critical of the present BJP government. There was no march, no demonstration; just pamphlet distribution.

The dean acting on an "anonymous" tip decided to proscribe the group. It would appear that to be a part of the efficient IITs one has to make a virtue out of obedience.

If students react as social beings to the world which they inhabit such voices will be muffled in the name of efficiency. Adequate punishment will follow.

This brings us to the crux of the matter. The world of meritocracy that shrouds the IITs is taken for granted and perpetuated as if they exist in a social vacuum where only deserving candidates are taken in.

The argument is that these candidates are successful because they are uniquely and individually intelligent; the system (IITs) recognises this singular aspect; no social factors are a part of the evaluation.

If this model of efficiency is taken up by the rest of the higher educational institutions, there will no longer be any chaotic implosions like the one witnessed at Ramjas College.

I will come to the insidious logic of such efficiency in a moment. Before that one thing should be made clear: the DU "chaos" was actually around an academic seminar.

People were discussing what they discuss in classes and not having a spring ride in the park.

Thus, by Bhagat’s own logic, it was a legitimate activity (he constantly and tediously poses this contrast between "uncool" academic life of IITs’and the supposed bacchanalia of DU college students).

It was not a "fun" party but an "uncool" academic activity which was disrupted violently.

Why? Because the ABVP gets to decide what should be said and not said in this country?

If Bhagat had factored this minor detail in, his piece would, perhaps, have been different.

But this is typical of this kind of reasoning; sweep aside the facts of the matter, shift the goal posts, create false but powerful binaries and then sermonise about how things should be.

Ajantha Subramanian, a Professor in the Anthropology Department at Harvard, (admittedly not the University of "hard work") in a 2015 article titled "Making Merit: The Indian Institutes of Technology and the Social Life of Caste" has analysed the idea of merit associated with IITs.

Her argument is compelling: IITs’ claim to merit has been traditionally based on the ability of upper castes to articulate their cultural and social capital as individual intelligence and talent unmarked by social status.

Imagine this scenario: two people are competing in a race. One of them shoots the other in the knee and then runs to the finish line. When asked to describe the "victory", the winner says that he was successful because he was a more deserving, talented and, in this case, a more meritorious competitor.

In the years after Mandal Commission, this collusion of historically consolidated upper caste privileges articulated as merit faced an imminent threat. The hoi polloi could now sully the sanctity of IITs. This, Subramanian argues, has reconfigured the upper caste articulation and claims of IITs' exclusivity.

While IITs were built in 1960s with deep investment of the Indian government to build exceptional centres of excellence, they are now faced with a situation where any government reservation policy is seen as a threat to the IIT brand in the global market. IITs, in the early years, were built on ideas of exception.

The amount of state investment in these institutions had been immense.

This, from the very beginning, made them stand apart from other universities. The legislated autonomy endowed to these institutions bolstered this sense of exception.

IITs did not follow Scheduled Caste reservations till 1973, arguing that it would affect the standards.

The idea of merit fostered in these institutions was a system of translating the privileges of the upper caste (marked as the casteless "general category"), their historical advantages, into merit.

This translation has not been seamless.

In the early years of IITs, Civil and Mechanical Engineering courses were more coveted as engineering as a profession was tuned into the planned economy of India.

Engineers were seen as important contributors to the technical expertise of Indian economy.

Increasingly, in post-liberalisation India, Computer Engineering and software technology are the more sought after courses as the idea of technical expertise has moved on from basic industries to demands of digital technology.

This process is now validated in the global market through Silicon Valley.

Subramanian provides a glimpse into how historical caste privileges are continuously converted into ideas of merit and talent; how caste and market, the national and the global, combine to reconfigure and extend modes of exclusion.

The "chaos" of DU is a reflection of how different governments (the UPA and NDA) have dismantled the system in a larger drive towards privatising education that on one hand seeks to cripple public education institutions and on the other open up a credit economy of "student loans".

If one reads the Birla-Ambani report on education, this is quite clear.

And in this sense, DU, as a part of the future higher education landscape, is moving towards the IIT model of market-efficient institutions that seek to restrict access to higher education.

In other words, turn education into a commodity. This is the underbelly of the merit argument.

Bhagat’s suggestion, his panacea to cure the ill of inefficiency that plague DU colleges, thus, is already the dominant consensus that organises the landscape of Indian higher education.

Obviously, none of this can be found in Bhagat’s sermon. He offers some anodyne anecdotal observations and packages them as insights.

One needs to recognise such opinions for what they are: ignorant at best, duplicitous at worst.

It only deflects attention from any real conversation about the precarious state of higher education in India and the forces responsible for it.

Also read: We need to save the university from ABVP

#Ramjas Row, #Delhi University, #IITs, #Higher Education
The views and opinions expressed in this article are those of the authors and do not necessarily reflect the official policy or position of DailyO.in or the India Today Group. The writers are solely responsible for any claims arising out of the contents of this article.

Anandaroop is a lecturer in the Department of Historical Studies at the University of Cape Town. History, Politics and Music form the triangle of his sustenance.