Hijab is not a symbol of oppression for Muslim women

It's their way of showing self-control, power and agency.

One of the Islamic symbols that has been engaging so much attention of the western world is the veil - the hijab (a scarf wrapped tightly around a woman's head to conceal every wisp of hair). Veiling has become, perhaps more than any other single issue, the defining "women's question".

The hijab has now become the most powerful symbol of Muslim women's rejection of western notions of feminism. These empowered and educated women are using the hijab to articulate a new response to modernity.

The hijab also expresses a translational form of Islamic feminism that has been marked by the entry of women into all public spheres of Islamic life including formal religious learning.

The western discourse has consistently argued that the hijab is not a symbol of freedom, but one of oppression. It believes that that women in Islam are second class citizens and that this status is encoded in both sacred text and tradition, enforced by culture and law.

If you browse the western media's news stories or polls and studies, they constantly strip the activity of a Muslim woman down to her hijab or attire. Have we forgotten that less than 100 years ago American women were denied the freedoms and access that we now take for granted and promote as universal human rights? 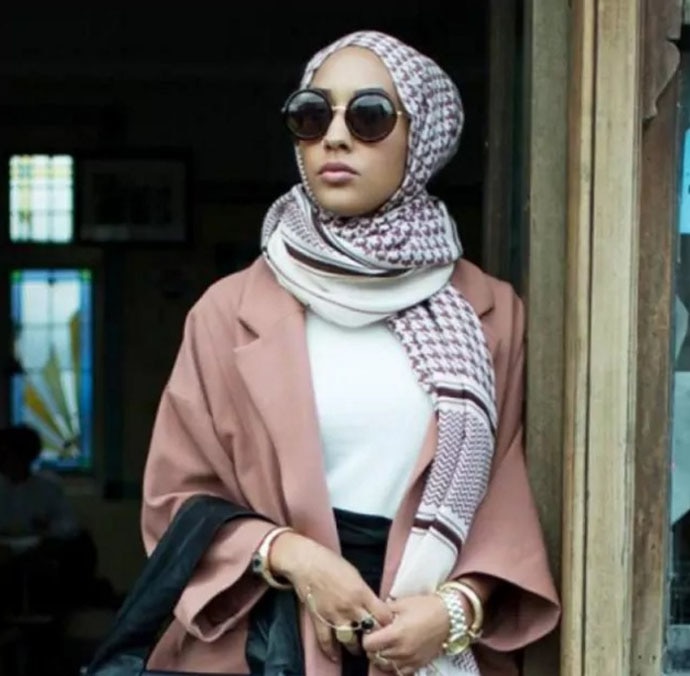 But research suggests that contrary to western notions, Muslim women choose to wear the hijab as a way of showing self-control, power and agency. Many well-educated women working in hospitals and libraries, for example, wear it.

In fact, they wear it not as a symbol of control by a man, but rather to promote their own feminist ideals. For many Muslim women, wearing a hijab offers a way for them to take control of their bodies and challenge the ways in which women are marginalised by men. They justify wearing the hijab, as a public statement of their own spiritual quest.

Veiling was once an armour for the poorer classes. Today it is the mascot of the most enlightened Muslim girls who are pursuing prestigious courses in top class universities. Attempts to force Muslim women to stop wearing the veil might, therefore, be counterproductive by depriving them of the choice and opportunity to integrate: if women cannot signal their piety through wearing a veil, they might choose or be forced to stay at home.

In Islam, modesty is a virtue for both men and women. In fact, the Prophet himself was described as being the epitome of modesty in his behaviour with people. When the Quran tells believers to lower their lustful gazes and guard their chastity - important aspects of the modesty tradition - it begins by commanding this to men before women (Q 24:30-31).

A woman's attire has never been about perception, it is solely a matter of interpretation. What gets lost in the midst of such interpretive crossfire is the core message that women should not be objectified. Historically, modesty in dress has been defined by local customs that sometimes even predate Islam.

The Arabic word for modesty is hayaa. The interesting thing about this word is that it is linguistically related to the Arabic word for life (hayat).Muslim scholars and sages have taken from this that there is an intimate connection between the two terms. Modesty, it is said, is the virtue that gives spiritual life to the soul. This connection between spiritual life and modesty exists because the virtue is not just about outward appearances; rather, it is tolerance first and foremost about the inward state of having modesty before God - meaning an awareness of divine presence everywhere and at all times that leads to propriety within oneself and in one's most private moments. Outward modesty means behaving in a way that maintains one's own self-respect and the respect of others, whether in dress, speech or behaviour. Inward modesty means shying away from any character or quality that is offensive to God. The outward is a reminder of the inward, and the inward is essential to the outward.

Modesty is not uniquely an Islamic requirement. It's also expressed in other monotheistic religions. For example, ultra orthodox Jewish women wear wigs to cover their hair. Nuns wear apostolniks as a sign of their religious consecration. Episcopalian women are supposed to wear hats to church.

The Quranic view of the ideal society is that the social and moral values have to be upheld by both Muslim men and women and there is justice for all, that is between man and man and between man and woman. The Quran asks the women that they behave with dignity and decorum befitting a secure, self-respecting and self-aware human being rather than an insecure female who feels that her survival depends on her ability to attract or cajole those men who are interested not in her personality but only in her sexuality.

For women who observe hijab, it is not merely a piece of cloth, nor a symbol of defiance. Rather, it is a path that aids in self-purification and nearness to their creator. It is a means to inculcate modesty. A veil is seen as a genuine expression of a woman's religiosity.

Paradoxically, it is the women who are engaging with the modern world who appear to rely on the veil to signal to others that they will express their freedom.

The unrelenting discourse that focuses only on the veil worn by Muslim women gives an oversimplified version of Islam's teachings. A woman can wear a hijab in the West as a sign of modesty, yet embrace all of the rights and opportunities enjoyed by western women.

National policies and media discourses aside, there are endless millions of Muslim women who believe that covering their hair is religiously mandated, so, for them, it is inextricably tied to Islam and to their own personal relationship to God.

To insist otherwise is to deny the agency, autonomy, and choice of these Muslim women.

#Women, #Muslims, #Hijab
The views and opinions expressed in this article are those of the authors and do not necessarily reflect the official policy or position of DailyO.in or the India Today Group. The writers are solely responsible for any claims arising out of the contents of this article.