The battle of linguistics: Forcing Hindi on South Indian states is going to do more harm than good

Forcing a language on a particular part of a nation as diverse as India, goes against the fundamental rights that our Constitution grants to every citizen.

New Education Policy (NEP) is simply a statement of North Indian Hindi chauvinism which links up with the Sangh Parivar’s Hindutva approach. India is the most culturally diverse country in the world; this also extends to religion. As noticed and enforced by the Supreme Court’s decision in TMA Pai Foundation vs State Of Karnataka (2000), Indian federalism has been fashioned on linguistic lines. Macaulay’s curse Language perpetuated a brinkmanship between the North and South. It almost precipitated an issue for secession.

Language gives identity, celebrates every aspect of culture, religion, literature and everyday life. To impose Hindi on the rest of India is oppressive. It seems it is here to stay with the tweaking of the educational policy under BJP rule. Before Partition, English provoked the fire of the Independence movement because it was a “foreign language” imposed by Britain. As Macaulay puts it: “A single shelf of a good European library was worth the whole native literature of India and Arabia.” But, over the years, it acquired social, political and administrative roots. Under the Constitution, English was the official language for only 15 years, after which it was to yield to Hindi in the Devanagari script (Article 343).

North Indian chauvinism on the rise: Imposing Hindi on the non-Hindi speaking states in South India is oppressive to say the least. (Source: India Today)

Though Europe uses the Roman script for its diverse languages, Indian languages have their own scripts. Although the Supreme Court in Murasoli Maran’s case, (1977) thought that under the Constitution, the life of English could be extended only momentarily, it is here to stay as a link, official and spoken language with a window to the world. English now actually holds its own as an Indian language despite the Official Language Commission’s charge to progressively increase the use of Hindi. However, Hindi has suffered two drawbacks. It has been reinvented with the use of Raghuvansha’s dictionary with de-cultured imagination, so that there is a gap between official Hindi and its use as an everyday language.

Bollywood Hindi is closer to spoken Hindi and its evocation in poetry and prose. Harivansh Rai Bachchan’s translations in the ministry of external affairs were very different from his poetry. English was continued in addition to Hindi by the Official Languages Act, 1963. But, while English has been successfully Indianised in various fora, Hindi has burdened itself with unimaginative Sanskritisation. English may continue as a language of exchange with its own burgeoning literature and uses. Hindi will continue and expand its frontiers, but it has over a hundred dialects more colourful than their designated progenitor. 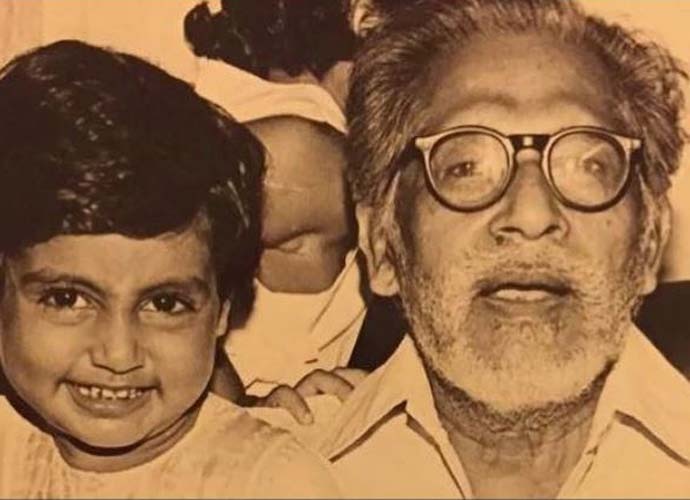 The stark difference between Harivansh Rai Bachchan’s translations and his poetry show the gap between official Hindi and its use as an everyday language. (Source: India Today)

But, this is not all there is to India’s language dilemma. Script of division Articles 344(1) and 351 of the Indian Constitution recognise 22 regional languages listed in the 8th schedule. More importantly, Article 345 allows the state legislature to adopt any of its respective language in use “or Hindi” as its official language, giving regional languages a fillip in their regions of prevalence. The regional languages have evolved as the ‘mother’ language of life, love and officialdom. It is only natural that they become the medium of instruction. But now, the government’s draft NEP wants to make Hindi a compulsory language to a certain level in non-Hindi speaking states.

If Indian democracy had started as a dictatorial state like China, Russia or pre-War Japan, it might have created a generation of scientists, engineers, experts, teachers, artists, writers to adopt Hindi and use translations to make non-Hindi texts available. But that stage never came, instead sparking off challenges that exist to this day. To turn to English as an administrative necessity was convenient. Language policies have to be based on pragmatism and choice. If the regional language is to be the basis of education and official communication, to impose English (also a choice) and Hindi would be an overburden. Since time immemorial, the Hindi-speaking states have tried to dominate the South through politics, culture, religion and language (Source: Reuters)

As a matter of choice, my father spoke and read nine languages including Sanskrit, Urdu, Hindi, Punjabi, Persian and Derawali, in addition to English, French, German and Russian — which he learnt by staying in these countries. Across the world, people learn foreign languages. Switzerland, Belgium and Canada deal each have two or three languages, but certainly not 22, and 200 separate dialects. Choice lies at the heart of learning. The Hindi-based provinces of the North have long tried to dominate the South politically, culturally, through religion and language. In India’s Constitution each language and script is to be protected as a Fundamental Right (Article 29-30). This has to be done positively by nurturing them.

Today, Urdu suffers from religious chauvinism. There cannot be blatant discrimination by a senseless imposition of language by Delhi on other states. India’s diversity is a showpiece to the world. A policy that does not sustain this diversity is both provocative and unworthy. Anyhow, to put in succinctly, in June, the New Educational Policy encountered massive opposition. Some politicians call it a “brutal assault” (Siddaramaiah) and some state parties (Dravida Munnetra Kazhagam) passed a resolution against it. Presently, the government has put a temporary moratorium and promises to return to the drawing board. But are they to be trusted?