His name isn't Khan. But he may be a terrorist: If Narendra Modi feels Hindus can’t be terrorists, here's why he's wrong

Godse was a Maharashtrian Brahmin. Indira Gandhi’s assassins were Sikhs. Several terrorist attacks have been carried out by non-Muslims. Then why is one community singled out for the insult?

He was a member of the Hindu Mahasabha, led by Vinayak Damodar Savarkar.

He shot Gandhi because he saw him as pro-Muslim during the Partition of India.

His trial lasted for over a year, at the end of which he was sentenced to death. Some members of Gandhi’s family pleaded for commuting the death sentence — but Jawaharlal Nehru and Sardar Patel turned down these appeals.

Godse was a Maharashtrian Brahmin. 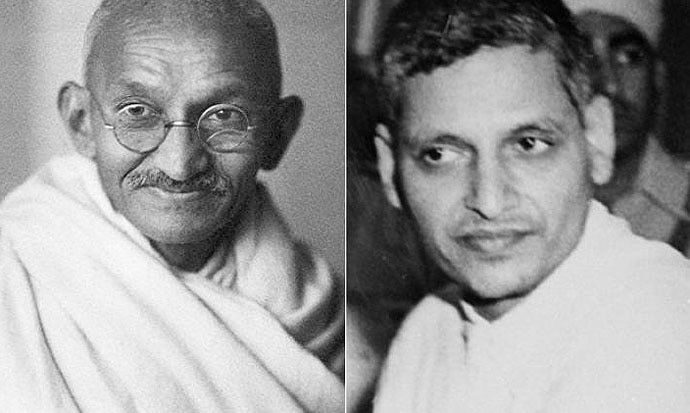 The assassins of Indira Gandhi were Sikhs who believed the Prime Minister had desecrated their holiest shrine, the Golden Temple, at Amritsar, when she ordered troops in to take out the Khalistani terrorists who were holed up inside. Indira Gandhi was assassinated by her own Sikh bodyguards. (Source: India Today)

On May 21, 1991, a suicide bombing in Sriperumbudur, Tamil Nadu, left the bodies of 14 victims unrecognisable.

Among the corpses was Rajiv Gandhi who was campaigning in the state. The assassin’s name was eventually revealed to be Thenmozhi Rajaratnam, also known as Dhanu.

She was a suicide bomber of the Liberation Tigers of Tamil Eelam (LTTE) that was retaliating for India having sent forces to Sri Lanka.

The religion of the assassin of Rajiv Gandhi was not really relevant — but she was not a Muslim. The assassin of Rajiv Gandhi was not a Muslim. (Source: India Today)

I am merely jolting public memory to make the point that the most famous assassinations that changed the course of Indian history were not carried out by members of India’s largest minority — in spite of the persistent profiling.

The 2008 Mumbai terror attack was a Pakistani operation while the bombing of Air India flight 182 named Emperor Kanishka on June 23, 1985, was the work of Canada-based Sikh terrorists. All the 329 passengers died — it remains the largest mass killing in Canada’s history, besides being  the world’s most destructive act of aviation terrorism till the 9/11 attacks on the US.

The reason I write this piece is because Prime Minister Narendra Modi recently suggested in public speeches that some people cannot be terrorists; the implication being that ‘others’, no doubt Muslims, can. Certainly, Kashmir has produced terrorists and suicide bombers. But it was initially an assertion for independence that got subsumed in the toxic India-Pakistan narrative — with the latter amplifying the Islamic part of the messaging.

There’s a very interesting and well-known book by American political scientist Robert A Pape, titled Dying to Win. Pape, who also served as an adviser to the Barrack Obama presidential campaign in 2008, based his book on cases of suicide terrorism from 1980 to 2003. He concluded that there was "Little connection between suicide terrorism and Islam or any one of the world's religions... Rather, what nearly all suicide terrorist attacks have in common is a specific secular and strategic goal: to compel modern democracies to withdraw military forces from territory that the terrorists consider to be their homeland.”

"The taproot of suicide terrorism is nationalism," he argued. Pape’s work examined both Al Qaeda and the LTTE, as the Sri Lanka-based group was at that time responsible for more suicide bombings than any other group. Since the publication of the book, the LTTE has been crushed in Sri Lanka while the ISIS has emerged and Syria and Iraq have witnessed an escalation in suicide bombings.

These countries have also been destroyed by western interference and wars in the region. 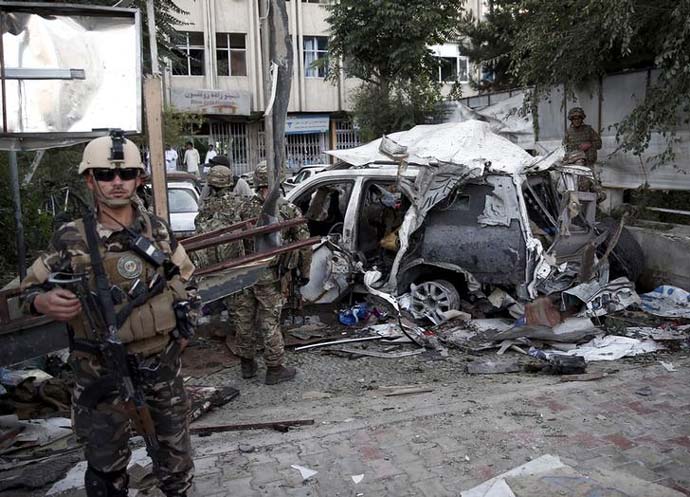 Afghanistan, toyed with by many Western powers, gets hit by terror via groups of an intolerant Saudi-led ideology. (Photo: Reuters)

And both in the case of Afghanistan and Syria, the West colluded in allowing Saudi Arabia to promote its toxic and intolerant form of Islam that has been embraced — and the perversion and cruelty amplified by terrorist groups.

In India, we have always had a Hindu-Muslim fault line, as witnessed during the Partition. Combine that with the ‘clash of civilisation’ theory and sentiment in the West, and the narrative of Muslims being terrorists in India gets a life of its own.

However, in spite of all the prejudice, lynching and hate speeches, we have not really made terrorists of the Muslims of India.

This is just a fact check.