The anti-Hindu streak in British politics: The House of Lords on religious freedom in India

This article has been co-authored by Jay Jina and Prakash Shah.

Hindus are traditionally a quietist minority group in the United Kingdom and in other parts of the world where they have settled. On social and demographic indicators they tend to make a favourable showing. In the United States, a loose movement of community organisations and scholars has emerged in order to answer the increasingly felt discrimination and malevolent stereotyping of Hindus in various fields of public life.

In the UK, a similar coalescence is emerging in response to the stigmatising of Hindus. Such a consensus within the British Hindu community began to emerge most palpably as a consequence of the insertion of a provision on caste discrimination in the Equality Act 2010. A recent debate in the House of Lords once again signals the continuance of that denunciatory anti-Hindu tendency.

On March 17, 2016, Lord Singh of Wimbledon called a debate on religious freedom in India. The, by now familiar and expected, anti-India, anti-Hindu rhetoric confirm the stereotypes against India and indeed the Hindus, who are spread worldwide and hardly restricted to Indian borders.

The usual evidence of the absence of religious freedom in India was recited. Since the election of the current Indian government under Prime Minister Narendra Modi in May 2014, this has become the usual fare in the UK public fora, including the parliament, media and academia.

It is distressing to learn that the British parliament is no exception to this trend and Hindus may legitimately wonder whether they can any longer call upon it for protection.

The debate pressed into service evidence from untrustworthy and biased sources, including the Amnesty International and the US Commission on International Religious Freedom (USCIRF).

The executive director of Amnesty in India has had no qualms ridiculing Hindu gurus in a national newspaper. The USCIRF is a pro-Christian body midwifed by protestant proselytising interests in the US.

Yet the USCIRF is referred to as an authoritative, "highly respected" body. One of its members, Katrina Lantos Swett is presumed to have lectured the Indian electorate on whom to vote for months before the 2014 general elections: "For the people of India, I think it is important for them to consider very carefully who it is who they want to be their next prime minister..."

The USCIRF has no interest in the harmonious coexistence of different religious groups but uses the trope of religious freedom to secure the supremacy of its own founding creed worldwide. It is only right that the Indian government refused its representatives a visa earlier this year. 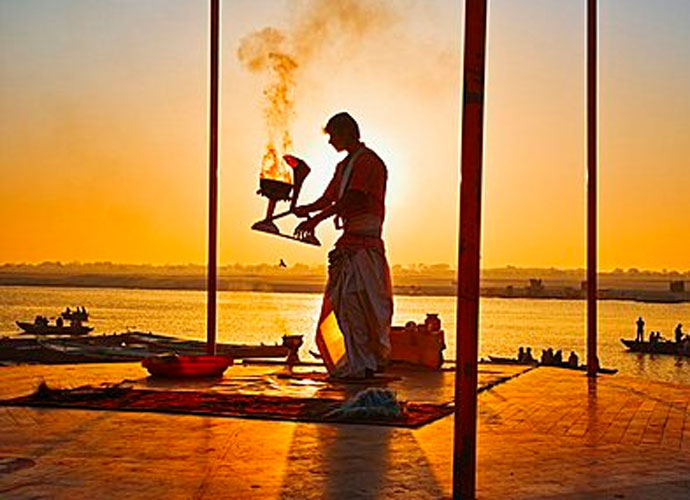 In the UK, there has been a stigmatising of Hindus.

The House of Lords debate, on the other hand, unashamedly blames Hindus to ground its allegations of an atmosphere of intolerance in India. After all, they are held responsible for having elected Modi, leader of the "nationalist BJP" and, since he came to power, there is claimed to be "increasing support for the Hindu extremist agenda".

Indeed, Lord Singh is so convinced of this that "Hindu extremists" appear three times in his argument; and "Hindus" make a further five appearances. On each occasion, it is in a derogatory, accusatory light. Not once does "Hindu" or "Hinduism" appear in a neutral tone. Eighty per cent of the people of India are to blame, it would seem.

Evidently, Modi is somehow made responsible for the flaws in the Indian Constitution. Hindus are guilty of attempting to "dilute" and "erode" the Sikh identity to the extent that even Bollywood films, in which - to go by the "excellent briefing notes" prepared by the House Library - the Sikhs are "shown participating in Hindu religious ceremonies involving idol worship".

Perhaps, the most perverse of all of Lord Singh's statements concerned "students at a New Delhi university who were stopped from demonstrating against the imposition of the death penalty on a Muslim convicted of terrorism".

This refers to the February 2016 incidents at the Jawaharlal Nehru University (JNU). The police were right to have arrested the demonstrators who expressed vocal support for terrorists who had attacked the Indian Parliament and whose declared aim was to eliminate India's political establishment.

Leave aside that. To this day the defeat of such a planned attack against the British parliament is nationally celebrated as Guy Fawkes Day. The statement by Lord Singh effectively amounts to declaring support for any group of students at a British university who were to celebrate the actions of say the 7/7 bombers or the killers of soldier Lee Rigby murdered on a London street in broad daylight.

Would we tolerate such an outrage in Britain? Would it not be subject to some kind of police and legal action? Would Lord Singh have invoked any legal actions against such demonstrators as targeting Muslims? In fact, Lord Singh implies that Muslims support terror and don't condemn it.

In Lord Harries' speech of barely 700 words, there were four invocations of the "Hindu extremist" and one of "Hindu-inflicted violence". The former Anglican Bishop of Oxford made sure the Rashtriya Swayamsevak Sangh (RSS) got a dishonourable mention.

Although Lord Singh could not bring himself to recall it, Khushwant Singh does recount that those same "Hindu extremists" saved many Sikh lives in 1984. Lord Harries also invoked the canard of the rape of a "71-year-old nun" as the presumed work of "Hindu extremists".

But he should have known that the BBC had already reported that those arrested were Bangladeshis about whose religious identities there was little doubt. Repeated allegations of persecution of Christians in India, though easily falsified, acquire a sense of truth given their repetition, not least by church representatives. It is to be wondered what interest is being served in so doing.

These masterful performances were followed by speeches from Lord Hussain and Lord Ahmed, both of whom seemed to focus attention on exposing "Hindu extremism". A count of the "hits" is tabulated here:

Lord Ahmed referred to the shocking desecration of Guru Granth Sahib but, once again, economy with the truth prevailed: like the nun rape victim, here too, the same strategy was applied: frame the argument explicitly around "Hindu extremists", then lob in the crime angle and let the Hindus be the perpetrators even when they are not.

Like so many stories where Hindus are not the perpetrators, the news goes cold, and in the case of the desecration of the Sikh scripture, it turned out that some Sikhs were arrested. Was this indeed an attempt by outsiders to foment communal conflict in India?

The reference to "extremist forces" was voiced by the same peer who once argued against literary achievement being honoured by conferment of a knighthood to a writer if a minority might be offended.

It can be argued that the Lords are right to be critical and to debate, however flawed their data may be, on matters concerning intolerance, bigotry and extremism wherever and in whatever forms they exist.

So, one might expect to find similar strident language in matters to do with religious intolerance, the threats of Islamist radicalisation, Britain's image in the world with respect how it treats minorities, how the criminal and legal processes deal with race, religion, gender, sexual orientation, segregation, and the challenges of a multi-cultural society.

It is, therefore, revealing that by merely scratching the surface of the Hansard House of Lords debates, but leaving aside the parliamentary debates of 2010 and 2013 accompanying the introduction of the caste clause in the Equality Act 2010 and the ensuing propaganda effort, providing a further obvious opportunity to foment hatred against Hindus, one finds the following:

The data speaks for itself. Hinduism and Hindus are singled out as the religious group that can be openly criticised, maligned and discriminated against in a blatant fashion.

The British parliament is either unable or unwilling to defend British Hindus and their basic rights in the face of a destructive onslaught from evangelists and their allies.

In the Lords debates, on not even one occasion has a religious group other than Hindus been suffixed with the word "extremist" or its derivatives - not even when discussing the plight of minorities in Pakistan, where it is widely known that Hindus are a persecuted group, or the numerous debates on religious radicalisation. In fact, the perversity could not be more blatant: a debate on Islam actually threw up one reference to Hindu nationalists.

In relation to Islam, references to radicalisation and social issues are made with sensitivity and consideration. Muslims, quite rightly, are not demonised as a community, and taking note of this, phrases like "extremist interpretation of..." are used, but sparingly.

However, those railing against Hindus just mention "Hindu extremism" or cognate notions; this discrimination against Hindus is not considered an untoward expression of prejudice and stereotyping, it would seem. Hindus are fair game.

Curiously, only one reference to "Islamic fundamentalist" appears to occur in the Hansard debates. Lord Singh used this phrase in the debate on the Same Sex Marriage Bill when referring to how Sikhs are sometimes mistaken for Muslims.

In an otherwise sound argument on the power of democracy, he could not resist suggesting that it is (Western style) democracy that moderates Hindu culture rather than countenance the other obviously derivable viewpoint that Hindu culture, with its innate diversity, is what actually preserves democracy in the most diverse nation on the planet.

The debate on "Religious Violence in Pakistan makes it clear that, in the House of Lords, the Hindus of Pakistan and Bangladesh get short shrift. Their numbers have dwindled so alarmingly that they are virtually extinct in Pakistan and are on the verge of being so in Bangladesh. But no one murmurs its causes, or calls it out, much less name it what it so patently is: a systematic and sustained act of cultural and religious genocide.

Other non-pejorative, neutral references to Hindus are mostly made by practising Hindus, who are generally very temperate and almost apologetic in their nature. They desist from defending the Hindus, much less speak about Indian traditions or share any of their rich teachings with others in the Chamber. Diwali celebrations with samosa and chai at the House seems to be the sum of it.

Those of their Lordships who are most vocal about Hinduism and Hindu identity project the implicit impression that Hindus cannot be devout, for they worship false god(s); ipso facto, they are extremists.

It is indeed true that the House of Lords views religious freedom and human rights as important ideals to promote - except in the case when Hindus are victims and mostly in the case of "others" when Hindus are a majority and can be conveniently, but falsely, categorised as aggressors.

Jay Jina is an associate lecturer in mathematics with the Open University and also pursues a full time career as an IT professional. Jay has served on the Standing Advisory Council on Religious Education (SACRE) and held various elected offices within Hindu organisations.

Prakash Shah is a reader in Culture and Law and Director of GLOCUL: Centre for Culture and Law at the Department of Law, Queen Mary, University of London and co-chair of the Dharmic Ideas and Policy Foundation (DIPF). He tweets at @aryalegal.)

#RSS, #Narendra Modi, #Islam, #Hinduism
The views and opinions expressed in this article are those of the authors and do not necessarily reflect the official policy or position of DailyO.in or the India Today Group. The writers are solely responsible for any claims arising out of the contents of this article.