By Karma and God's Grace: Why Hindutva economics never discusses poverty or the poor

In Hindutva's view, the gods created the rich and poor based on karma and caste. Hence, there is no need to interfere much with poverty. Growth will occur as long as the rich get richer.

Does Hindutva's ideology allow any anti-poverty agenda in any mode of its functioning?

Do any of its core ideological texts, written by any of its ideologues, at any phase of their operation, problematise the poverty of the Indian masses?

Do they suggest ways and means to alleviate, leave alone eradicate, poverty?

Be it the writings of Savarkar, Hedgewar or Golwalker, I have not found even a single line in these texts about the Hindu masses, of any caste, suffering miserably from poverty — or of the means to remove it. Not so ideologically rich? Sarvarkar's writings lack a discourse on poverty and how to alleviate it. (Source: PTI)

Hindutva's political pundits — Deendayal Upadhyaya, Atal Bihari Vajpayee, Lal Krishna Advani, etc. — none of them talked in-depth about improving the life of the poor and reducing inequalities. All evidence, till Narendra Modi became the Prime Ministerial candidate in 2014, shows that they rarely discussed issues of poverty.

Modi chose a very neutral slogan in 2014 for his campaign — “Sabka Saath, Sabka Vikas”. To my mind, his slogan stands for the privatisation of the economy and providing jobs to the poor in the government sector. It also stands for improving rural employment by pushing in corporate companies. 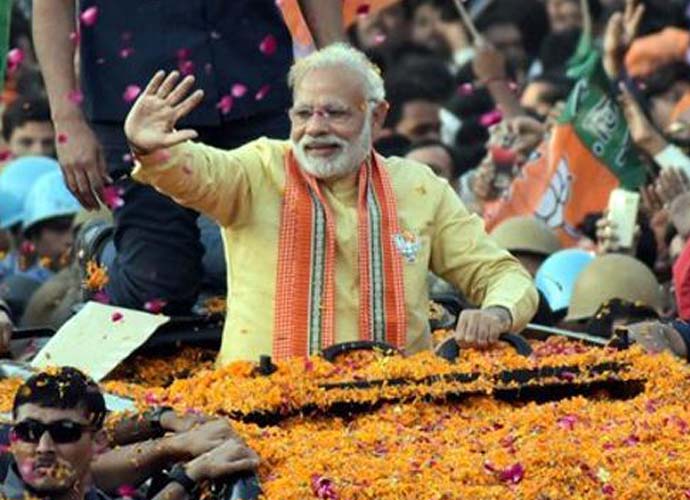 The question though is, how can Modi help industrialists get more wealth — and, at the same time, provide the poor with two square meals a day, a reasonably good house, good government schools for educating their children and good hospitals in villages for basic health treatment? In practice, this proposition seems impossible and, as I see it, Modi knows this and his party also knows this well.

The Rashtriya Swayamsevak Sangh (RSS) ideologues were for the growth of Hindutva and its distribution across the country. The Hindutva cultural heritage they praised, and wanted to strengthen, was basically that the economically rich should feed the gods — but not the poor.

There is no idea of equality or philanthropy in their economic lexicography.

No text of theirs suggests that the rich who subscribe to Hindutva must be content with their wealth. No rich man is told by the gurus that if he makes more money, without helping the poor, Hindutva swarga will not allow him to enter. On the contrary, the spiritual beliefs these inculcate, to my mind, is that the richer one becomes, the more could be one’s chances to attain moksha. These ideaologues never believed in an autonomous economic paradigm called the secular theory. Economic development normally entails a question on equitable distribution — but they do not believe in such distributive theory. 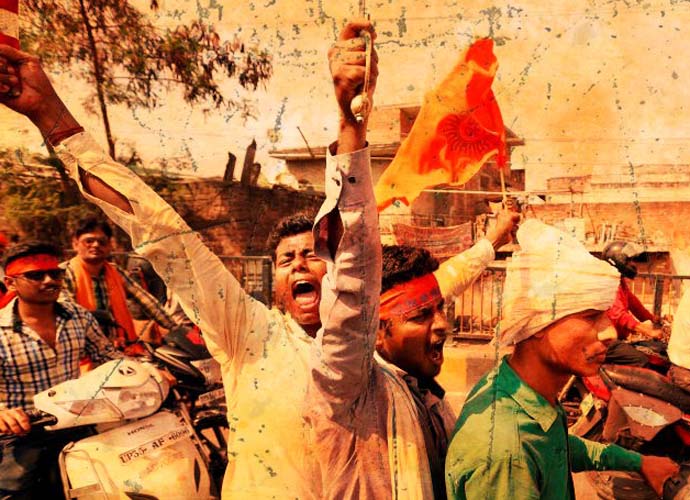 Bring back the established norm: Hindutva does not believe in a secular theory of redistribution. Or change. (Source: PTI)

In the diction of Hindutva, there is no opposition to the notion of 'exploitation' — both the exploiters and the exploited are given their positions by God. Hence, prominent Hindu economists, like Arvind Panagariya and Arvind Subramanian, apparently do not believe in the core ideology of reducing inequality. Of course they were deadly opposed to the notion of socialist equality, which has its own strengths and weaknesses — but what about the democratic principle of less inequality?

Does such a principle exist in Hindutva's textuality?

Even by positive divine theory, taking societies and nations towards lesser inequalities is an acceptable norm. But that needs some planning at a human level in this world, which does not seem acceptable in Hindutva economics. Positivism is thus an enemy of Hindutva's philosophy.

Hinduism does not agree with the human planning of taking a country towards equality — it argues that the whole planning is in the hands of God. Hence, in all likelihood, they so strongly recommended the abolition of the Planning Commission. They know that smashing the idea of a ‘mixed economy’ is smashing Jawaharlal Nehru and communist ideology. Since Hindutva's gods created the poor as per their karma, Hinduism does not consider even malnutrition as a serious issue. In Hindutva's view, workers are meant to be selfless, which makes them great. (Photo: Twitter)

If the managers have better salaries and owners of industry have increased profits, even without much labour participation in market-purchasing or farmers not getting remunerative prices, the GDP still grows, by god’s grace.

Since secularism has no place in such economic thought, god’s grace plays a key role. But the universal notion of ‘Kingdom of God on Earth’ is a kingdom where there is no exploitation. In this kingdom, one who has more has the will to share with those who do not have much. Since the concept of political economy is seen as Marxist, Hindutva's spiritual economics does not have any place for it. Hence, Hinduism should have some love for the poor. But Hindu economists, political pundits and spiritual gurus do not have that frame of thinking.

These five years (2014 –2019) of unmixed economic ideology and Hindutva's governance have shown us what could this deliver. The powers that be have dismantled the influence of Amartya Sen and Jean Dreze on the Indian economy during this period and weakened the discourse of anti-poverty. India needs to have a serious discussion on poverty, inequality, malnutrition. But the discourse is anything except that. (Source: Reuters)

According to these thinkers, by the 2019 elections, India should have been the strongest nation in the world. But now, though the poverty level, as data shows, has increased, India has become more robust apparently because the economy of Modi’s India has the best 'growth rate' in the world. Vedic mathematics shows all correct trends — Prime Minister Narendra Modi sees the real picture in his palm. They are all perfect when it comes to palm reading.

This growth is, of course, because the rich have increased their wealth. Since 2014, the poor have become poorer — but there is no conversation around them since the poor are not a part of Hindutva's ideology.

Hinduism does not agree with human planning taking the country towards equality.  According to them, the whole idea of equality is Western — and hence, perhaps it is anti-national too.

Also Read: Lord Meghnad Desai: 'India has got rising growth, falling inflation of a kind not seen before. It's absurd to claim an unemployment crisis as well'

#Hindu india, #Narendra Modi, #Hindutva, #Hinduism
The views and opinions expressed in this article are those of the authors and do not necessarily reflect the official policy or position of DailyO.in or the India Today Group. The writers are solely responsible for any claims arising out of the contents of this article.