While we have been able to fight poverty and continue to record improvement, homelessness remains a big challenge.

Historians will tell you that an explosion of creativity occurs the moment the world starts complaining that there is nothing left to invent or that the search for solutions to complex problems has come to an end.

This explosion is fate’s way of reminding us that there is always something just over the horizon of knowledge. Social entrepreneurs are now using their talent to seek better answers to tough social problems at a time when the world has never needed them more. They want to use the power of business to create a better world. Making money is not necessarily their first objective. Their first objective is to make a contribution.

This type of disruptive innovation usually comes from entrepreneurs. Che Guevara, whose handsome face I had seen on posters and T-shirts, comes to mind. I did not know who he was till I read this passage attributed to him: “The merit of Marx is that he suddenly produces a qualitative change in the history of social thought. He interprets history, understanding its dynamics, predicts the future, but in addition to predicting it, he expresses a revolutionary concept: the world must not only be interpreted, it must be transformed.”

The solution is collaboration between the two and Prime Minister Narenda Modi’s most powerful development initiative - Housing for All - is the prime example of this synergy.

While we have been able to relentlessly fight poverty and continue to record improvement, homelessness remains a big challenge. A 2013 report "Housing Microfinance in India: Benchmarking the Status" by ACCESS-ASSIST found that in India, the total housing shortage is 42.69 million units in rural areas.

The same report said that of the total number of people in India without adequate housing, over 90 per cent live below the poverty line.

The unit cost for these houses has been significantly increased and now through convergence a minimum support of nearly Rs 1.5 lakh to Rs 1.6 lakh to a household is available. There is also a provision of bank loan up to Rs 70,000 if the beneficiary so desires.

The programme provides for skilling five lakh rural masons by 2019 and allows over 200 different housing designs across the country based on a detailed study of housing typologies, environmental hazards and households’ requirements.

Large-scale use of local material is envisaged along with a complete home with cooking space, electricity provision, LPG, toilet and bathing area etc, through convergence.

The key constraint in providing shelter is that people do not have proof of being owners of the piece of land on which they live. This keeps them deprived of so many basic amenities. Once titled, they could obtain access to several government benefits. Even a small plot can lift a family out of extreme poverty.

The United Nations estimates that more than 70 per cent of the world’s population lives without any formal acknowledgement of ownership of land. That is both a human and economic problem.

When people have secure land, they invest in improvement projects, work more hours without fear of land theft, and are more likely to take loans using their new property as security.

There is little more critical to a family’s quality of life than a healthy, safe living space. A decent habitat and shelter environment for the poorer sections of society can not only contribute towards their well-being and real asset creation but also catalyse overall economic growth.

Where land security is absent or weak - that is, when men and women do not receive recognised legal rights to their land and can thus be easily displaced without recourse - development efforts flounder, undermining conservation efforts, seeding injustice and conflict, and frustrating efforts to escape poverty.

Priority for housing is higher than education and health. Sustainable and inclusive housing solutions, indeed, could bolster large economic growth quickly and efficiently.

Hernando de Soto’s 2000 book The Mystery of Capital makes a very starting revelation. “The hour of capitalism’s greatest triumph,” declares the famed Peruvian economist, “is in the eyes of four-fifths of humanity, its hour of crisis.”

De Soto explains that for many people in the developing world, the land on which they live is their only asset. If that property is not publicly recognised as belonging to them, they lose out - missing out on some of their highly deserved social benefits.

India’s rural housing space - particularly the lower tier in the economic pyramid - has remained largely unaddressed as many had tried and most found it a hard ground. The most elusive issue in housing finance is that of legal title.

While many villagers own their homes, which they likely built themselves, they rarely own the piece of land which holds their dwelling. This is a major obstacle as many families may not have had documentation for generations and the process of obtaining and putting it in place is an impossible mission to accomplish without a nimble titling, mortgaging and financing system.

In 1993, the legislation of Panchayat Raj Act and an amendment to the country’s Constitution endowed the local village panchayats with functions of local governance. The panchayats were empowered to undertake programmes for economic development and social justice in 29 subjects (which include, among others, rural housing, sanitation, water, electrification, and conservation and sustainable utilisation of natural resources); they can now levy, collect, and appropriate taxes, duties, tolls and fees.

Power of property taxation is with the village level panchayat. Although the Panchayat Raj Act was driven by a vision of a new enterprising and grassroots-driven rural India, skepticism prevailed on whether these institutions could be trusted for designing their own policies and programmes.

Policymakers have their own cognitive biases, which will induce them to design imperfect interventions even if they mean well. Even as social, political and legal scientists sparred on competence of these panchayats, a Supreme Court judgment gave a new identity to them. 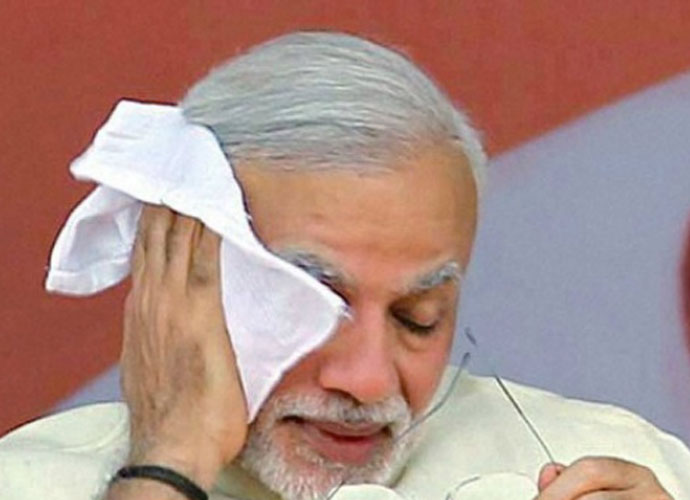 Incidentally, in 1995, the Supreme Court wrote a landmark judgment in Chameli Singh vs State of UP, emphasising the centrality of the right to housing as the precursor to all rights. Successive judgments on similar matters in the Supreme Court reiterate similar concerns.

Interestingly, the court, combining the obligations of the State under the Right to Life, the Right to Residence and Settlement under Article 19(1) (e) and international obligations, gave a very progressive interpretation to the Directive Principles and held that:

He therefore succeeded in formulating a distinct right to housing and founded it in the aim of the Indian Constitution in securing economic and social justice as stated in the Preamble and held that:

"Want of decent residence, therefore, frustrates the very object of the constitutional animation of the right to equality, economic justice, fundamental right to residence, dignity of person and the right to live itself. To bring the Dalits and tribes into the mainstream of national life, providing these facilities and opportunities to them is the duty of the State as fundamental to their basic human and constitutional rights."

These twin developments have been drivers and motivators for housing rights activists and entrepreneurs for experimenting with ideas in the rural housing space. In 2005, NABARD set up the National Committee of Habitat under the leadership of A Ramesh Kumar, who has been pioneering new titling and mortgage models to address various asymmetries in the arcane system of land rights documentation, which is still shrouded in dense and unruly rules. The committee contributed to the development of the National Rural Habitat Policy for India.

Typically, in rural India, villagers are granted land from the government or live on land passed down to them from their ancestors. These are known as "para-legal titles" (bills of sale, receipts for payments of taxes, etc.) that fall short of full legal titles. Similarly, they may not have full land title but possess a documentary right to ownership, such as tax receipts and a legal protection from eviction.

These para-legal rights often provide good security, ensuring permanence on the property and the ability to sell it to another household. But they are usually unacceptable collateral for financial institutions.

Because of problems with land records and registry systems, acquisition of full legal title (“regularisation”) is a costly and time consuming, often beyond what is affordable by, and of interest to, individual low/moderate-income households.

Several state governments in India have provided a degree of tenure security to poor households, which grants residents of unauthorised settlements specific period licences for their land or an official assurance that the user will not be forced to vacate the property, and evidence that usual and customary local practices support this assurance. All these rights entitle the occupant to "presumed ownership".

Local level initiatives for rural housing would also be able to develop mechanisms for addressing impediments (such as problems with titles) by building capacities to develop a title record system.

As far as rural land rights are concerned, the local panchayat can fix some "permanent ownership tax" and regularise the titles. This will open for the occupants the gates for so many benefits from state-owned social programmes.

As of now, India lacks a robust system to protect land rights. There are two aspects to land title: first, a formal recognition of property rights by the state through a system of titles; and second, facilitation by the state of efficient trade in rights, through a process of registration.

Both exist in India, but in incomplete form which does not address most of the issues normally raised by   formal financial institutions... First, not all land transactions require registration, for example land acquisition, court decrees, mortgages, agreements and so on.

Second, while Indian law requires compulsory registration of land sale, the registration authority is not mandated to verify history or ownership; thus it is the transaction and not the title that is registered. A mechanism has to be put in place for credentialising the titles.

In this regard, the state governments should use out-of-the-box approach to break down the thickets of red tapism. What is actually needed right now is revolutionary and cutting-edge reforms that cut through the dense jungle of paperwork and documentation. The Supreme Court has categorically mandated the undisputed authority of the panchayats and there is now no point reinventing the debate on whether the panchayats have the necessary expertise to handle such complex issues. The technical support from the district can always be made available to them.

The National Housing Bank should leverage microfinance for reaching remote areas. Eight of the new small finance banks have been originally microfinance institutions and are familiar with this segment. The main hindrance is the high cost of credit from these institutions.

Since they have just forayed into deposit taking, it will take time for them to build a low cost capital base so that they can provide affordable credit.

The leading non-profit Landesa which is doing pioneering work in this field could be involved in training local NGOs to aid in this task.

Landesa has a three pronged approach:

- It educates communities on the various aspects of land rights, since legal systems often seem inaccessible to people who cannot read or cannot read well.

Also read: India's villages are being empowered - by women

#Narendra Modi, #Indian poor, #Housing discrimination
The views and opinions expressed in this article are those of the authors and do not necessarily reflect the official policy or position of DailyO.in or the India Today Group. The writers are solely responsible for any claims arising out of the contents of this article.