As Fadnavis completes four years in office, Maharashtra is facing a drought-like situation

That will be a huge burden on the state exchequer

At a time when he is completing four years in office on October 30, Maharashtra chief minister Devendra Fadnavis is facing a crisis in his most ambitious scheme, the Jalyukta Shivar Abhiyan (JSA), meant for water conservation.

The opposition has challenged it, after the government's self-assessment report mentioned that ground water level has gone down by more than one metre in 253 of 355 talukas (administrative division). About 167 of them are likely to face water scarcity this year.

Inadequate rainfall, lack of water management, and indiscriminate use of water for irrigation are the reasons behind the grim situation.

Fadnavis was quick to the situation in 180 talukas, but is likely to field a volley of questions on the state’s measures to tackle water scarcity in the near future.

He said that the state had seen many droughts in the past, but this is the first time that the government has had to declare a “drought-like situation” in October itself.

This year, the state has received only 77 per cent of its annual average rainfall.

He said the Centre’s team will assess the drought-like situation soon.

That has not satisfied the opposition.

Nationalist Congress Party (NCP) president Sharad Pawar alleged that the JSA has failed as it was not implemented in a technically sound way.

State Congress president Ashok Chavan alleged that the government has cheated the people by fudging records of the scheme’s so-called success. 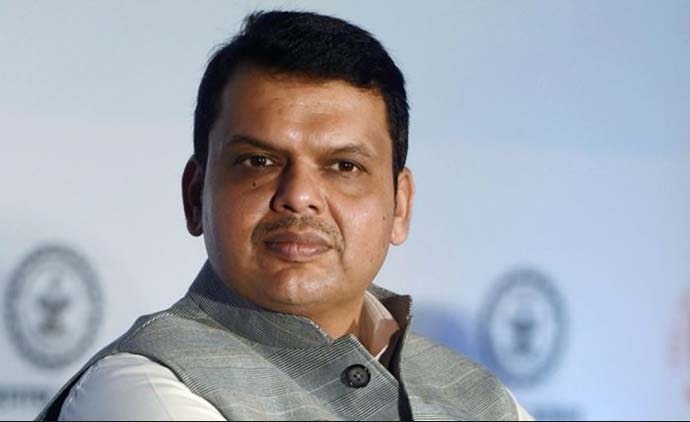 Fadnavis called the opposition’s criticism an attempt to insult the farmers and villagers who actively participated in JSA to make it a success.

“We have been able to make 11,000 villages drought-free so far. Also, we could see farmers sowing on large areas in spite of rain deficiency,” he said.

The drought in around 60 per cent of the state's area is not a good sign for the BJP government in election year.

In the beginning of the monsoon, the government had patted its own back for providing drinking water and fodder without spending heavily on the cattle camps.

Now, it will have to open cattle camps and start ferrying water tankers in the drought-prone areas.

This will be an indirect admission of its helplessness in case of any water scarcity that may occur. Fadnavis will also have to make a provision of around Rs 10,000 crore to tackle the drought situation.

That will be a huge burden on the state exchequer at a time when it is reeling under debt of Rs 4.20 lakh crore.

Last year, Fadnavis had unsuccessfully proposed “drought tax” with an aim to raise funds to be used in drought affected areas.

It seems he will have to reintroduce the proposal this time.