The PM had to act after Pulwama. But how he acts now will determine the political response he gets.

The first draft of this piece was written last evening — since then, a lot of planes have flown in and out of the Pakistani airspace.

For nearly two weeks since the Pulmawa attack, true to Narendra Modi’s style, he kept everyone guessing on what was going to be India’s response. Apart from saying that the armed forces have been given carte blanche and the account will soon be squared, the Prime Minister did not offer much of a clue. This itself was significant in election season — signalling not acting is no longer an option. He didn't say much. And in that, he certainly said a lot. (Photo: PTI)

There were some indications of preparations afoot in the background. This was revealed in actions such as the rounding up of separatist leaders in the Kashmir Valley. Donald Trump’s statement that India is planning “something very strong” was a slight giveaway. Obviously, India could not mount a major offensive without taking the major international powers into confidence. 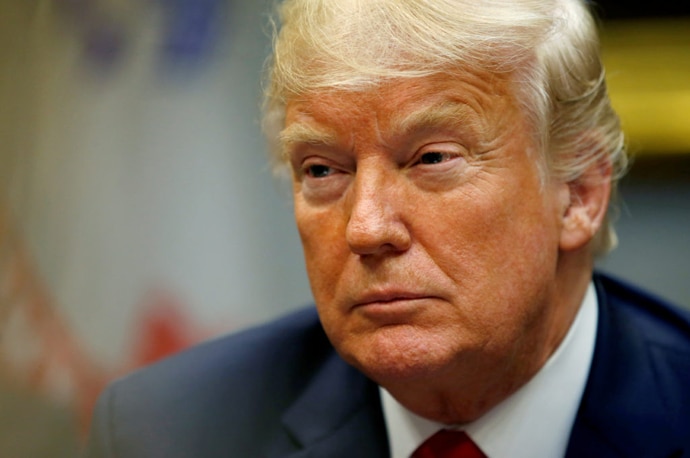 He knew. Of course, he did. (Photo: Reuters)

So, Pakistan's Prime Minister Imran Khan saying that Modi should give “peace a chance” did not come as a shock. Of course, his rider about India providing “actionable evidence” (like Pakistan had asked after 26/11 or the Pathankot attack) clearly revealed that he was being too clever by half, just like his predecessors. 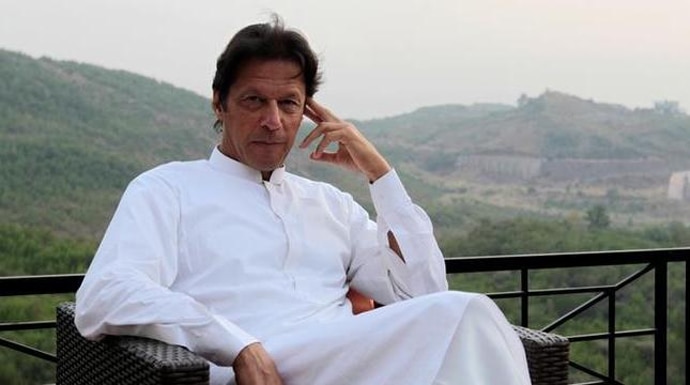 Pakistan's PM: Too clever by half, just like his predecessors (Photo: Reuters)

At home, the Congress continued to do what it is best at — speaking in multiple voices. After an initial misfire by its spokesperson Randeep Surjewala taunting Modi, it beat a tactical retreat. But, while some were baiting Narendra Modi for muscular action, others like Manmohan Singh warned about the risks of nuclear fallout.

Rahul Gandhi took his customary pot-shot at the PM on social media, calling him “Prime Time Minister”, earning applause from his fans. While the Congress spoke in multiple voices, Rahul Gandhi's 'Prime-Time Minister' jibe earned some plaudits from his fans. (Photo: PTI)

The commentariat from its initial hawkish stand revised their recommendation to deterrence instead of precipitation. “Revenge is for Morons,” wrote a well-known editor.

With arrests of separatist leaders in Srinagar though, rumours spread thick and fast. Apprehensions about what could be in store raised tension levels in the Valley. Mainstream party leaders like Mehbooba Mufti, Omar Abdullah and even Sajjad Lone warned of a serious backlash if Delhi took any extreme step, like the abrogation of Article 35A, through the ordinance route.

However, Pakistan or the global community cannot claim they were not forewarned.

The Prime Minister had repeated more than once in the last few days that the Pulwama attack will not go unpunished. Obviously, the government could not discuss its game-plan. Undoubtedly, it must have required some tough navigation in diplomatic channels before making any major moves. And any military or air-strike would strike require preparation.

Yet, action could not have been delayed indefinitely. With each passing day, the government was yielding political ground. This is probably the biggest challenge Narendra Modi faced — which could well determine the fate of his re-election.

But that is precisely the predicament the perpetrators wished to put Modi in. Though in doing so, they may have also forced Modi’s hands. The Congress and the Opposition did not make it any easier by mocking him on his macho image.

Arguably, Modi has to take much of the blame for finding himself in this situation. His earlier fulminations about the UPA’s effete Kashmir policy and hyping the “surgical strikes” put the onus on him to deliver. That was the catch.

A full-scale war cannot be waged without building a national consensus. No matter how much the Opposition keeps fanning the fire and TV Generals spout faux-jingoist tirades — the national mood is certainly not one of going to war. Limited engagement could be risky without yielding commensurate results. Also, with the surprise element gone, it could invite retaliation from Pakistan.

As a leading Pakistani voice, Ayesha Siddiqa, points out — Pakistan realises India’s dilemma and seems to be enjoying it. Don’t underestimate the response. A canny card could be up those Pakistani sleeves. (Photo: Associated Press)

However, mediation, as she suggested, is not something India can agree to. Still, it could always apply acupuncture techniques on diplomatic pressure points — but with what result?

Would Pakistan agree under international pressure to hand over the terror mastermind? It will not do that, making the plea of them being innocent until proven guilty. At best, they may take some cosmetic action. But, as seen before, that means little and is usually short-lived. It will not help Modi’s cause back home.

Therefore, Modi and his team had to think of other ways to skin the cat. The answer was inflicting visible and heavy costs on the terror hubs sooner rather than later. Last night’s #SurgicalStrike2 was the first step in that direction.

This time, it is doubtful whether the action will end with one assault. There are certainly possibilities of retaliation — which can only be averted if India is able to convince the international community that the target was terrorists and not Pakistan.

The Kashmir problem cannot be solved in two days, two weeks or even two months. But it is clear that the time for dithering and ambiguity is over. For that, all nationalist forces must stand by the government, rather than come across as a divided house for scoring political points. After Pulwama: In times of challenge, it is essential that India’s political class stands together as one. (Photo: PTI)

But, to be fair, one can expect this only if Modi is seen to act from a long-term strategic objective and not for quick political gains with the elections in mind.

By demonstrating determination, Modi can hope to earn another term to take the Kashmir conundrum on the road to a permanent resolution in the foreseeable future.

If he succeeds, he would have earned it.

Also read: India Strikes Back: All you need to know

Post your comment
#Indian surgical strike 2, #Surgical strike 2.0, #Pulwama terrorist attack
The views and opinions expressed in this article are those of the authors and do not necessarily reflect the official policy or position of DailyO.in or the India Today Group. The writers are solely responsible for any claims arising out of the contents of this article.