How rest of the world is sponsoring China's defence researches

Since 2007, the PLA has sent more than 2,500 military scientists and engineers to study abroad and has developed relationships with researchers and institutions across the globe.

The author, Alex Joske, a scholar associated with the International Cyber Policy Centre, argued: “Since 2007, the PLA has sponsored more than 2,500 military scientists and engineers to study abroad and has developed relationships with researchers and institutions across the globe. This collaboration is highest in the Five Eyes countries, Germany and Singapore, and is often unintentionally supported by taxpayer funds.”

The Five Eyes is an intelligence alliance between Australia, Canada, New Zealand, the United Kingdom and the United States.

In order to make ‘honey’ at home, the PLA is picking ‘flowers’ abroad. Per capita, Australia has the highest level of PLA collaboration among the Five Eyes countries, “at six times the level in the US. Nearly all PLA scientists sent abroad are Chinese Communist Party (CCP) members who return to China on time. Dozens of PLA scientists have obscured their military affiliations to travel to Five Eyes countries and the European Union, including at least 17 to Australia, where they work in areas such as hypersonic missiles and navigation technology.”

These countries are not China’s security allies, “but rather their main intelligence adversaries.”

Navigation technology, computer science and artificial intelligence (AI) are “the dominant areas of exchanges …and statistics on Chinese researchers who were sent abroad,” says the report which quoted the example of Wang Zhenguo, deputy chief of the PLA’s scramjet programme at the PLA’s National University of Defense Technology (NUDT); Wang coauthored 18 papers with foreign scientists.

It is also said that several researchers visited UK universities for “joint research on topics such as combustion in scramjet engines, which could power hypersonic aircraft capable of flying at six times the speed of sound.”

Huang Wei, a NUDT’s aircraft design expert, working for the PLA’s General Armaments Department, did his PhD in the University of Leeds between 2008 and 2010, while Luo Wenlei, another NUDT scholar, wrote his thesis on scramjet engines at Leeds in 2014.

All courtesy the British tax payers.

One question immediately comes to mind: what about India? While there is practically no investigative journalism in India, most of the universities are in a lethargic state and can’t compare in terms of research with the Five Eyes’ institutions or other Western universities.

Little ‘honey’ can be expected in these conditions.

It is not that China is dormant. Zee TV News, quoting Indian intelligence sources, recently reported that a PLA unit was active in India: “Cyberwarfare activities have indicated that the secret PLA military Unit 61398 is responsible for cyberwarfare and is currently involved in geolocation intelligence collection, tracking information sources in cyberspace, interception and deciphering of digital communication,” said the news channel.

Unit 61398 is headquartered in Shanghai, and groups of hackers are suspected to be active in India, “involved in cyber spying with the help of Chinese intelligence officers”.

The intelligence officer who spoke to Zee News said, “The hackers of Unit 61398 are using malware to steal information by using Ice Bag, Hidden Lynx and APT and also different types of Trojan Malware, a professional advanced persistent threat [APT] programme.” APT not only seeks access to a server, but also tries to retain a long-term, ongoing access. Unit 61398 comes under the PLA Strategic Support Force (PLASSF), the new service responsible for space and cyber warfare. According to an assessment of FireEye, a cyber-security firm, Unit 61398 has stolen “hundreds of terabytes of data from at least 141 organisations around the world, targeting a wide range of industries such as aerospace, transportation, health care, and financial services sectors.” 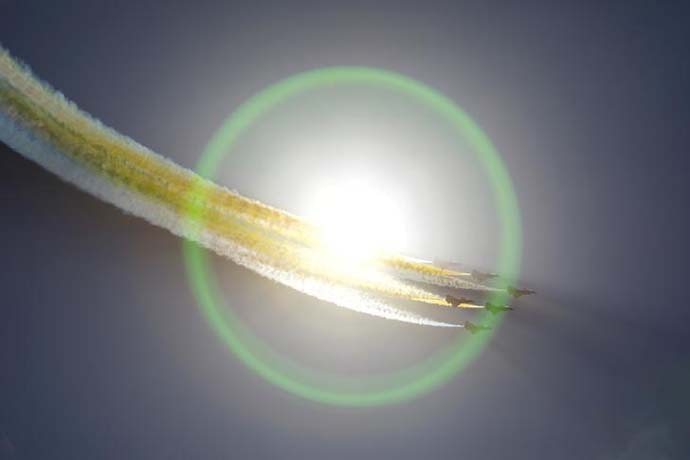 By 2030, China wants to catch up with the United States, in the domain of defence. (Reuters photo of Zhuhai Airshow)

The main reason for these aggressive techniques is that by 2030, China wants to catch up with the United States, in the domain of defence, literally at any cost.

The recently held Zhuhai Airshow in China is an example.

The PLA Air Force showed off its flagship fifth-generation stealth fighter, the J-20.

“Large swaths of the ensuing commentary focused on the J-20’s handling and maneuverability as it performed a series of rolls and a climb. But this elides what is perhaps the most significant aspect of the J-20’s Zhuhai showing: its weapons system,” wrote Wendell Minnick, a Taipei-based journalist on security issues, in National Interest.

The J-20 opened its missile bay doors to reveal four PL-15 missiles and two PL-10 missiles on either side. The PL-15, with a reported maximum range of 300 km, is a long range air-to-air missile using ‘active electronically scanned radar’; it is slated to enter service in 2018.

Among the other new gadgets displayed there, a vehicle-based laser weapon, called LW-30 was seen on the stand of China Aerospace Science and Industry Corporation (CASIC).

According to The Global Times, the LW-30 laser defense weapon system “could use a directional-emission high-energy laser to quickly intercept many kinds of aerial targets, such as photoelectric guidance equipment, drones, guided bombs, and mortars.”

It will be installed on the Tibetan plateau and used against India, experts noted.

India does not have the mindset and the means to undertake such hyper-aggressive weapon development, but a middle path approach would help to reduce the gap with China, before it becomes insurmountable. Homemade honey with Indian flowers may take some time.

Post your comment
#Xi Jinping, #India, #PLA, #China
The views and opinions expressed in this article are those of the authors and do not necessarily reflect the official policy or position of DailyO.in or the India Today Group. The writers are solely responsible for any claims arising out of the contents of this article.