Sowing a different narrative: This is why, despite severe agrarian crisis, Maharashtra farmers still voted for Modi

Farmers I spoke to agreed their lives hadn't improved under the Modi govt, but they still chose BJP-Shiv Sena over others.

When I set out to cover the elections, visiting areas such as Vidarbha, Marathwada or western Maharashtra, I asked people I met five questions any journalist would ask. 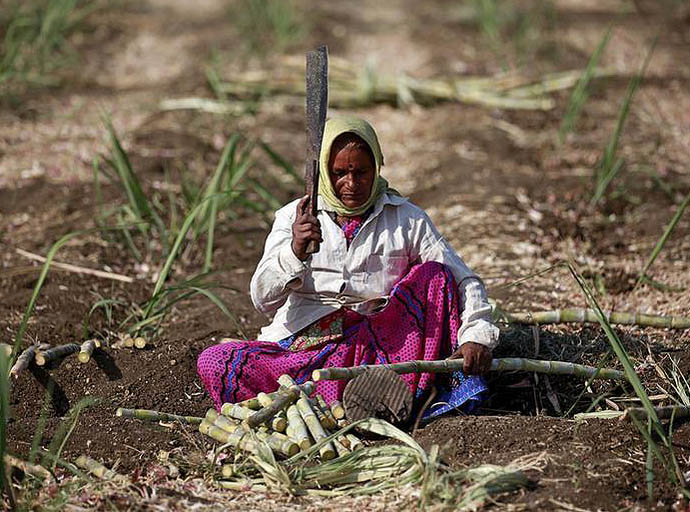 There's no trimming the truth: Agrarian distress in large parts of the country is acute. (Photo: Reuters)

Here are the responses I got:

Q) Is there any improvement in your income compared to what it was earlier?

Q) Do you get the right price for your farm produce (onion, sugarcane, pulses, cotton, etc.)

Q) Has any specific political party/government been good for farmers?

The first four answers make it clear that farmers were angry with the government for not doing enough and, at some places, doing nothing for the farmers who comprise a large voting share for all political parties.

The answer to the last question, however, offers hope to the ruling party as farmers, even if angry with them, are not happy with their predecessors either.

The data analysis from the 2019 General Elections results shows that even in rural Maharashtra, the BJP-Shiv Sena combine has done exceedingly well, despite all the odds stacked against them.

The ruling BJP-Shiv Sena alliance got 51% of the total votes polled while the Congress-Nationalist Congress Party (NCP) alliance got only 35% votes, which is more or less similar to what they had in 2014. So how did the National Democratic Alliance (NDA) manage to repeat its performance of 2014 and indeed, get 3% more votes than the previous election? If we concentrate on the India Today-Axis My India data on how farmers and farm labourers voted, we see 52% farmers chose the BJP combine over the Congress and NCP, whereas 51% farm labourers preferred the BJP combine over the Congress-NCP.

It seems the BJP-Shiv Sena alliance knew very well that farmers will not listen to what the government has done for them as on ground level, it wouldn’t have matched the reality of the state of farmers who are still struggling to pay off their loans and still struggling to get minimum support price for their farm produce.

For example, if the leaders of the ruling coalition had mentioned that their government managed to give higher prices than earlier governments for their farm produce, there were farmers in the rallies who could have easily shown that they didn’t even bother to take the onions from their farm to the market as that would have cost them more than what they would have earned after selling the produce there. 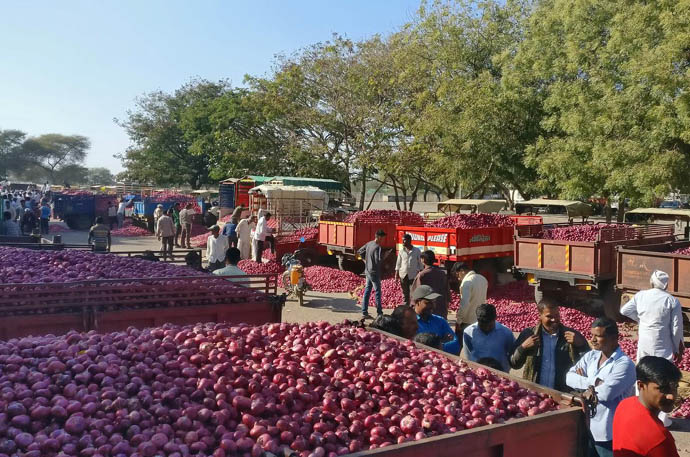 Layers of distress: Farmers growing onions in Maharashtra failed to get adequate rates for their produce. (Photo: Reuters)

So, did Prime Minister Narendra Modi use his speeches to give a different narrative to farmers and confuse their priorities?

In 2014, it was very clear when Modi spoke in Maharashtra’s rural areas that he sold dreams of ‘achche din’ with the promise of doubling farm incomes, reminding farmers that despite Maharashtra stalwart Sharad Pawar being at the helm of the agriculture ministry for 10 years, nothing had changed for them.

More importantly, he told them stories of the farmers of Gujarat and how they are in better shape than farmers in the rest of the country. In 2019, Modi’s speeches made little mention of farmers and more about everything else.

The India Today team had analysed PM’s speeches at Wardha in 2014 and 2019. In 2014, out of 32 minutes, he spent 18 minutes on farmers and their issues but in 2019, at the same place, Modi’s speech had only around three-four minutes on farmers while the rest was about issues ranging from attacking the Opposition to Hindu terrorism to nationalism to air strikes. Even though Maharashtra chief minister Devendra Fadnavis did make a mention of the successful crop insurance scheme (Pradhan Mantri Bima Yojana), on ground, there were in fact very few takers for that. 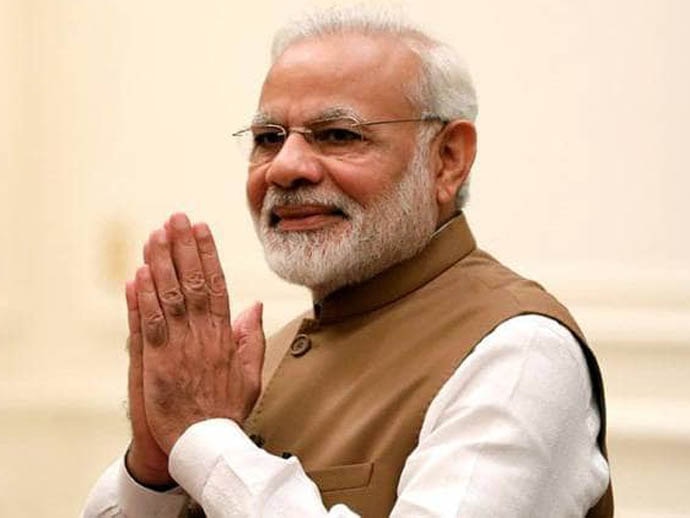 Changing the Narrative: During his campaign, PM Modi spoke more about other issues than farmers and their needs. (Photo: PTI)

Similarly, in the first joint rally of the Shiv Sena and BJP, Sena chief Uddhav Thackeray, who, time and again, used to raise farmers' issues before getting into the alliance, suddenly changed tracks and gave a nearly 20-minute-long treatise only on Hindutva.

In 2014, farmers voted as farmers rising above caste and ideology.

In 2019 too, farmers rose above caste and other factors, but did they voted as farmers?

The agrarian crisis which got the Congress victories in Madhya Pradesh and Chhattisgarh in 2018 and a better performance in Gujarat in 2017 couldn’t be exploited enough by the Opposition alliance.

The Congress-NCP leaders did have joint agitations across the state before elections but during the campaign, even in Rahul Gandhi’s speeches, Rafale topped the issues chart, and farmers were just a passing remark.

Gandhi did mention how Congress state governments met their promise of loan waivers in 10 days but, truth be told, the waivers failed to create any impact on the ground.

It is probably for this reason that I kept getting ‘nobody’ as the answer to my fifth question.