From Modi to Rahul: The Air Quality Index of the Indian political atmosphere is getting murkier by the day

If there was a way to measure the AQI (air quality index) of the political atmosphere, it would probably turn out to be more polluted than the Delhi air. One has not seen a more vitiated climate in the run-up to major elections in recent memory.

In the past, the mood of the electorate used to remain trapped at ground-level. Now, thanks to the advent of social media, there is a heavy overhang of political smog — impairing clear vision.

These are not ordinary times. This is the age of post-truth, when neither politicians, nor the media want facts to come in the way of the narrative they wish to peddle. Thus, half-truths and selective memory form the discourse. There are no saints here. All sides are equally guilty of muddying the waters. 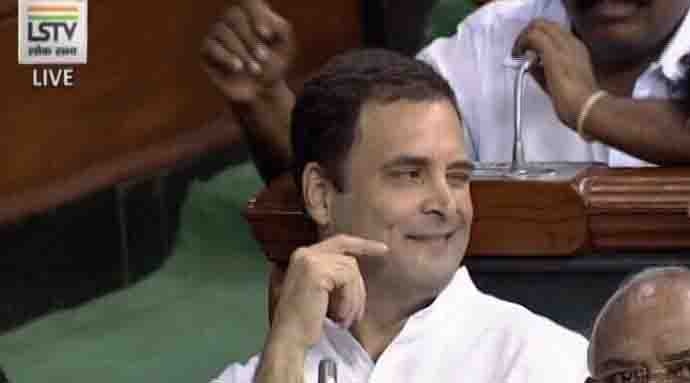 We're all in the know: It's a war out there. There are no saints here. (Credit: Screengrab)

Fault lines are drawn all over. It is not just in the media, which is sharply divided and becoming blatantly partisan by the day. Social media was always polarised. It has only become more vicious. Fissures are visible even in social circles — sometimes within families too.

Our political conversation has been sliding downhill for quite some time now. To be fair, the phenomenon is not restricted to India alone. One sees it playing out in the West too. Most notably in the US. Though Modi is no Donald Trump, the liberals in India tend to blame him solely for the descent. Rahul Gandhi is seen to be only squaring his 2014 account with Modi by cornering him on Rafale, GST and demonetisation.

The BJP came to power on the plank of corruption charges against the Congress. But, in nearly five years, there has been no closure on any of the major scams of the UPA era. That puts Modi and the BJP on a weak wicket to make corruption an issue again.

Besides, as for the ruling party in most states going for elections, the shoe is on the proverbial other foot. The incumbent party is always at the receiving end. So, Modi and Amit Shah are having to fall back on pouring vitriol over the Gandhi family legacy. How far this is working with the voters will be known only after December 11. But, for sure, it is triggering more toxins in the system. And, just like the murky weather of Delhi, there are no signs of respite.

If the BJP has a grand plan to change the wind direction, it is not clear. At the moment things are not looking bright for the BJP. It seems to have only three cards up its sleeve.

They are —Modi, Modi and Modi.

But, as the unmistakable tired look on his face during the recent rallies indicate, the strain is beginning to tell on the Prime Minister. There are three factors constraining Modi from going for the jugular now. Modi is well-known for his sense of timing. But he seems to have faltered on at least two of the three.

First, there is a widely accepted view that Modi delayed economic reforms. If the “bad news” had been dealt with early in the innings, he would have been in a better place today. There can be many counterfactual arguments as to why he could not have done it earlier. He had to win major state elections, especially Uttar Pradesh before taking hard calls. Besides, he needed to up the BJP’s numbers in the Rajya Sabha, without which important legislations were being scuttled by the opposition. Having to backtrack on the land reforms bill was a major setback — and after the “suit-boot” jibe, it became a case of once bitten, twice shy.

As a result, Modi had to exhaust disproportionate political capital over demonetisation (however, controversial) and GST without leaving enough time for him to recover the spent goodwill.

Perhaps an even bigger lapse in hindsight was not replacing the old guard in the states. It is only natural that after three terms, both Raman Singh and Shivraj Singh Chauhan would have accumulated heavy credit on the liability side of their individual political balance sheets. That Vasundhara Raje's stock was going down in Rajasthan was an open secret.

The popular conjecture is, Modi could not take those calls due to internal party dynamics. Moving such heavyweight leaders would have meant accommodating them in important ministries at the Centre. That would have posed a different challenge, which he may not have liked to take up so soon after assuming premiership.

Finally, a lot is being said and written about how Modi was let down by the bureaucracy and his own team. This is inexplicable. Because Modi’s strongest credentials were that of a corporate CEO-style administrator. Much of that sheen was taken off by the execution failures of demonetisation and GST. Some of the best social welfare schemes have not reaped commensurate mileage due to slow implementation.

But now, the image of a man in control has been further dented by the unseemly fallout in the CBI and the avoidable stand-off with the RBI.

It gives the impression of a loose grip — uncharacteristic for a leader known to be always in control. 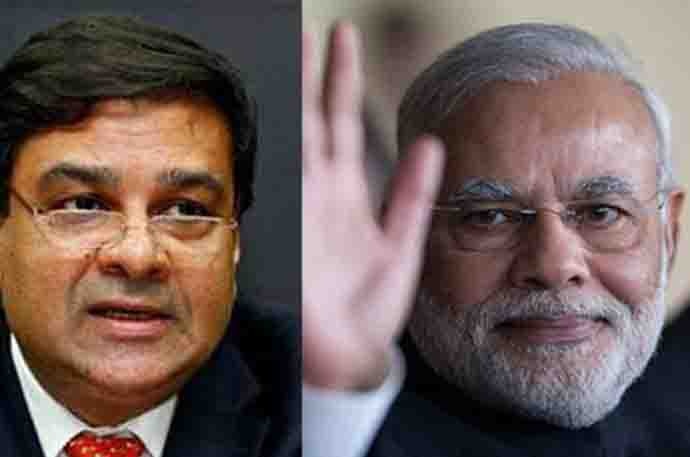 The fallout in the CBI and the avoidable stand-off with the RBI has dented PM Modi's image of a man in control. (Credit: Agencies)

It is clear that the Opposition has repeatedly tried to used the higher judiciary to waylay the government on sensitive issues, starting from the National Judicial Appointments Commission (NJAC) to Rafale. Many feel the government yielded a lot of undeserved face-time to its detractors, which could have been better managed.

As a result of these distractions, attention has shifted from the many genuine achievements of the government on multiple fronts.

For example, the work done on financial inclusion and digitisation of the economy has been phenomenal, as recounted by the Prime Minister at the FinTech conference in Singapore last week. This is acknowledged globally.

There has undoubtedly been progress on the foreign policy front for all to see. But critics only cherry-pick the apparent failures. Over the last few quarters, the GDP and macro-economic indicators are showing an upturn. But the good news gets drowned in vituperative campaign crossfire and needless cacophony over a classical concert.

The opposition accuses that the Prime Minister thinks he can do no wrong. Similarly, it can be said that according to the Opposition, Narendra Modi can do nothing right.

But, just as 60 years of Congress rule could not have been a washout, five years of NDA government cannot be written off either.

Modi will be able to convince the people that he has made an honest start — and needs another term to finish the task. Equally, the Opposition will need to inspire confidence that they have a genuine alternative to offer beyond just a “Modi hatao” agenda.

Ultimately, it is for the people who will judge. To arrive at an informed decision, they need to see the full picture.

For that, some giant purifiers need to be put up, to lift the fog and cleanse the air.