Did you know Veer Savarkar’s case too was brought before the ICJ?

Given India’s good track record at The Hague, the nation hopes Kulbhushan Jadhav would come home a free man.

The majestic building, in red brick and slate grey metal, takes one’s breath away. The Peace Palace, in The Hague, built in neo-Renaissance style, with one big bell-tower at one end, and a smaller one at the other, houses the International Court of Justice (ICJ) - a United Nations organ. The stately grounds are tastefully landscaped. Besides the ICJ, the Permanent Court of Arbitration - PCA (UN observer), The Hague Academy of International Law and the Peace Palace Library are situated in the same complex. The Palace was constructed from 1907 till 1913.

The Peace Palace houses busts, statues and portraits of prominent pacifists, including Gandhi and Nehru. There is also a seven-feet statue of a cat named Ramskells, which had been adopted by the justices of the Permanent Court of International Justice (the earlier avatar of the ICJ).

The ICJ had, a little earlier, given its opinion that the US was under an obligation, in accordance with the United Nations Headquarters Agreement, to enter arbitration for the settlement of a dispute between itself and the United Nations.

Just as my course was getting over, Denmark brought a case against Norway about the delimitation of Denmark's and Norway's fishing zones and continental shelf areas in the waters between the East Coast of Greenland and the Norwegian island of Jan Mayen.

To be taught theory of international law and, concurrently, its practice in the building next door, was an enriching experience. A matter of pride was that an Indian, Nagendra Singh, was the president of the ICJ. He was to die in December later that year.

Kulbhushan Jadhav’s case, which is currently before the ICJ, is not the only case pertaining to an individual from India that the ICJ (or its earlier incarnation, the Permanent Court of International Justice) or the PCA have been seized with. One such case was that of Veer Savarkar, who was brought before the Arbitration Tribunal, comprising five arbitrators chosen from members of the PCA. 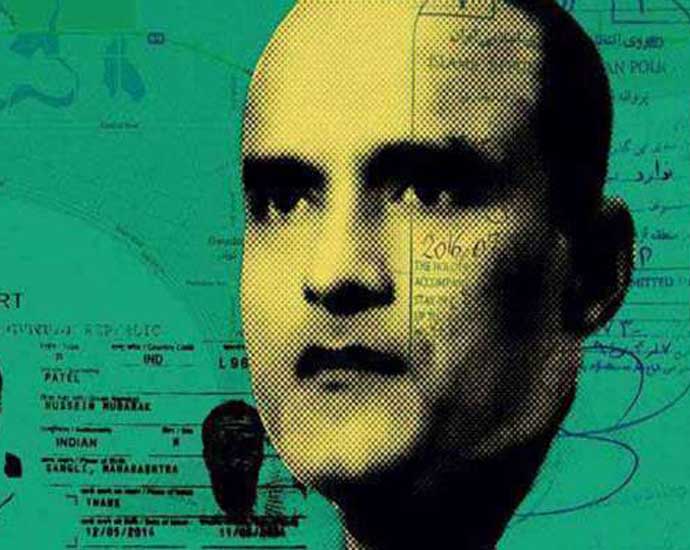 In March 1910, the British Police arrested Savarkar for anti-British activities in London as soon as his train reached there from Paris. They sent him back to India by a merchant vessel, SS Morea, to prosecute him. Morea reached the French port of Marseilles on July 7, 1910. Early next morning, Savarkar escaped through a porthole and swam ashore. A French marine brigadier arrested him and handed him over to the vessel. Some people from the vessel also helped him in the recapture.

France and Britain agreed to submit to arbitration the questions of fact and law raised by the arrest and restoration to the vessel of Savarkar. The tribunal decided that while an irregularity was committed by the arrest of Savarkar and by his being handed over to the British Police, there was no rule of international law imposing, in such circumstances, any obligation on Britain to restore Savarkar back to France because of a mistake committed by the French official who delivered him up to Britain.

The ICJ has also dealt with some cases pertaining to India - one involving Portugal, three involving Pakistan; Jadhav is the fourth case which is pending, and one involving the Marshall Islands. The case concerning the Right of Passage over Indian Territory was referred to the ICJ by Portugal on December 22, 1955. Portugal stated that its territory in India included two enclaves - Dadra and Nagar Haveli - surrounded by India.

It was in respect of the passage between those enclaves and the Portuguese district of Daman that the question arose of the right of passage in favour of Portugal through Indian territory. It was claimed that India prevented Portugal from exercising that right and that Portugal was thus placed in a position in which it became impossible for it to exercise its rights of sovereignty over the enclaves.The ICJ was of the view that a right of passage in respect of private persons, civil officials and goods existed in favour of Portugal. However, no such right existed in respect of armed forces, armed police and arms and ammunition.

The ICJ found that the events which had occurred in Dadra on July 21-22, 1954, which had resulted in the overthrow of the Portuguese authority in that enclave had created tension in the surrounding Indian district; having regard to that tension, the ICJ was of the view that India's refusal of passage was covered by its power of regulation and control of the right of passage of Portugal. The case was thus won by India.

Pakistan complained against India in 1971 before the Council of the International Civil Aviation Organization (ICAO) because it claimed that India had violated provisions of the relevant treaties by unilaterally suspending flights of Pakistan aircraft over Indian territory due to Pakistan’s involvement with the hijacking of an Indian plane.

However, the ICJ also held that the ICAO was competent to entertain the complaint made to it by Pakistan. The ICJ decision, issued on August 18, 1972, cleared the way for consideration of the merits of the case by the ICAO Council. The case was essentially rendered moot when Bangladesh emerged as a new nation, replacing East Pakistan. In July 1976, India and Pakistan issued a joint statement discontinuing the proceedings before the ICAO Council.

In conclusion, even though India and Pakistan won a round each, the decision was rendered infructuous by subsequent events. Pakistan filed a case in the ICJ in May 1973 against India, relating to the continued detention of over 92,000 prisoners of war and civilian internees and the threatened transfer of 195 of such persons to Bangladesh for trial for alleged acts of genocide. Pakistan claimed it had an exclusive right to exercise jurisdiction over these 195 people.

On September 21, 1999, Pakistan lodged a compensation claim at the ICJ accusing India of shooting down an unarmed Atlantique aircraft. The patrol plane of the Pakistan Navy's naval air arm, with 16 people on board, was shot down by the Indian Air Force for violating Indian airspace. The episode took place in the Rann of Kutch on August 10, 1999. Pakistan sought $60million in reparations from India and compensation for the victims' families.

India argued that the ICJ did not have jurisdiction, citing an exemption it filed in 1974 to exclude disputes between India and other Commonwealth states, and disputes covered by multilateral treaties. India also contended that Pakistan had violated the 1991 bilateral agreement between Pakistan and India on air violations. The ICJ ruled in favour of India.

In April 2014, the Marshall Islands sued all the P-5 countries, as well as India, Pakistan, Israel and North Korea for failing “to pursue in good faith and bring to a conclusion, negotiations leading to nuclear disarmament”. However, the ICJ only accepted cases against India, Pakistan and the UK as the other six countries had never acceded to its compulsory jurisdiction.

Ruling in India’s favour, the ICJ accepted the Indian argument that the ICJ had no jurisdiction to deliberate on the suit. The ICJ ruled that there being no legal dispute between the Marshall Islands and India on the issue of nuclear disarmament, it had no locus standi to proceed. Ruling in parallel cases, the ICJ also declined to proceed with the Marshall Islands’ case against Pakistan and the UK. One more victory for India.

Given India’s good track record in the ICJ, the nation hopes and prays that the latest case would be met with a favourable outcome and that Jadhav would come home a free man!

#Pakistan, #Kulbhushan Jadhav, #ICJ
The views and opinions expressed in this article are those of the authors and do not necessarily reflect the official policy or position of DailyO.in or the India Today Group. The writers are solely responsible for any claims arising out of the contents of this article.