Both the sellers and the buyers of utopian dreams remain the same. The former opportunistic and weak of character, the latter desperate and lazy. A deep dive into Pakistan jointly by Gernail Saheb and A Kiyani.

Pakistan Tehreek-e-Insaf (PTI) chairman Imran Khan, now PM of Pakistan, introduced the term “Naya Pakistan” as key election slogan — a Pakistan which is corruption-free, where rule of law is equal for all, where the state is sensitive to expectations of all people and not just the rich and elite of Pakistan.

In his animated speeches, Imran Khan promised employment for educated youth, skill development, improving agriculture and industrial investments and a focus on tourism — which he rightly identified as Pakistan’s most under-tapped potential. Khan promised a "Naya Pakistan". But can he deliver? (Photo: Reuters)

While the people of Pakistan have heard promises like these and more in the past, the difference this time is coming from a politician with a “clean” image, carefully curated with gracious help from the fauj-controlled media and judiciary. And this apparent illustration has caught the imagination of the country, primarily its young voters, who have become weary of the status quo, and are desperate to see change in society.

Unlike choices of inspiration, which are motivated by joy, purpose, sacrifice and excitement, choices of desperation are borne out of stress and anxiety, leading to poor judgement. Young voters of Pakistan — caught in a vicious cycle of poverty, extremism and an ideology of negation, desperately longing for status quo change, and guided by the all pervasive fauj — chose the only option they were convinced to see: Imran Khan.

But can PM Imran deliver on expectations?

One way to predict the future is to look in history, observe precedence and see if snippets of it start appearing all over again.

Muhammad Ali Jinnah, the founder of Pakistan, like the younger Khan, was fascinated by the West. Great Britain inspired Jinnah, not just in his political life but as well in his personal taste. Jinnah donned Western-style clothing and pursued fashion with fervour. It is claimed that Jinnah owned more than 200 tailored suits, wearing them with heavily starched shirts, detachable collars and silk ties. Historian Stanley Wolpert alleged in a book, quoting — MC Chagla, a close friend of Jinnah — that Jinnah was fond of eating pork, an act forbidden in Islam.

Noteworthy to mention that the Pakistan government banned Wolpert's book Jinnah of Pakistan. 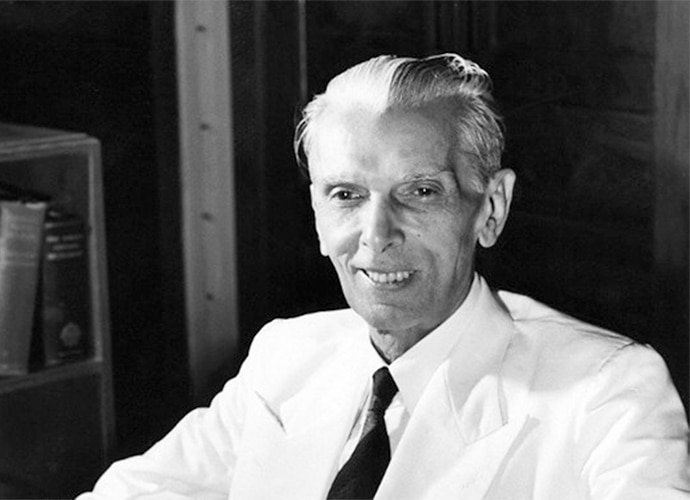 Khan, likewise, admired the Western lifestyle and lived a “playboy” life in London. Khan would spend his evenings in Annabel's and Tramp nightclubs in London's West End and dated a series of debutantes — including the late Sita White (daughter of Lord White), Susannah Constantine, Lady Liza Campbell and the artist Emma Sergeant.

Jinnah admired British political institutions and preferred constitutional means over mass struggle and agitation; influenced by Gopal Krishna Gokhale, Jinnah aspired during the early part of his political life to become “a Muslim Gokhale” but in the context of Indian nationalism.

However, Jinnah was never a practising Muslim, and despised religious or sectarian fanaticism. When Gandhi put his weight towards the Khilafat movement, Jinnah unequivocally criticised Gandhi for what he saw was “an endorsement of religious zealotry”. Similarly, Khan had no particular leaning towards a sect, a religious school of thought or seminary. When asked of his lifestyle once, Khan famously quipped, “I am a humble sinner”.

Early in his political career, Jinnah was instrumental in passing the Child Marriages Restraint Act, but soon ended up marrying a sixteen-year-old Parsi girl, with an age gap of 24 years between them. Decades later, the same Jinnah, who found orthodoxy intolerable, would go on to disown his daughter for marrying a non-Muslim.

From the infamous lothario of London to funding the Darul Uloom Haqqania (a bona fide factory of jihad) to marrying a full pardah peerni to visiting mazars to riling the masses under the pretext of blasphemy against his political opponents — who would have predicted this makeover of Imran Khan?

Once upon a time, Jinnah opposed separate electorates for Muslims and Hindus, openly championing the Nehru Report on joint electorates. But later, he went on to espouse the communal and divisive Two-Nation Theory, which led to agitation, rioting and bloodshed. From an infamous loverboy of London to marrying a full pardah peerni, Khan has flipped 180 degrees in the last few decades. (Photo: DailyO)

Indistinguishably, Khan, who once refused to become Prime Minister under General Musharraf, would go on to become pawn in a showdown between ex-PM Nawaz Sharif and the Pakistani establishment. Launching himself from one container to another, after months of agitation and street power, the Khan of yesteryears would see his more sublime self-image of 'fakir' crumble in the quest for power.

Soon-to-be Governor-General of Pakistan, Jinnah outlined his vision of Pakistan in an address to the Constituent Assembly, delivered on 11 August 1947. He spoke of inclusive and impartial government, religious freedom, rule of law and equality for all: "In the course of time Hindus would cease to be Hindus and Muslims would cease to be Muslims, not in the religious sense, because that is the personal faith of each individual, but in the political sense as citizens of the State."

Only to let it slip few months later, Jinnah wrote a letter to the Egyptian Imam and founder of the Muslim Brotherhood, Sheikh Hassan al-Banna: “I am writing to you, the great Muslim leader, to inform you that I am determined, by God’s will, to save Pakistan from the tyranny of imperialism and the various hostile currents,” he wrote. “I have therefore decided to follow the advice you kindly gave me in your recent letter, that my government should assume a purely Islamic character and work in close cooperation with the other strong international Islamic organisations which are headed by your Ikhwan-al-Muslimun society [the Muslim Brotherhood].”

Jinnah even asked al-Banna to send prominent Egyptian journalist Saleh El-Ashmawy to Pakistan, so he could consult on “how to build our Islamic government and build [the] idea of the Islamic league.”

Almost identically, Imran Khan, in a rally last year, apparently roared to his followers “If I were to appoint an economic advisor, would I appoint a world-renowned economist Atif Mian or my brother-in-law (chiding Nawaz Sharif’s appointment of Ishaq Dar as Finance Minister)?”, come September 2018, Prime Minister Imran Khan appointed Atif Mian to the Economic Advisory Council, only to rescind the decision under pressure from the religious right — because Mian was born Ahmadiyya.

Further, the tall claim of corruption-free “Naya Pakistan” has holes in it when looked through the prism of Khyber Pakhtunkhwa Ehtesab Commission (KPEC), which was abolished after costing the exchequer Rs 1.05 billion during the four years of its ineffectual existence. And, of course, there is the camaraderie with the court-ruled dishonest Jahangir Khan Tareen. Much like Jinnah’s affirmation of representative democracy in his speeches, while arbitrarily dismissing the provisional government of NWFP as Governor General of Pakistan.

All I’m saying is, Jinnah sold a utopian idea of land of pure, and we are witness to how that played out in last 70yrs. Now if Imran is successful in selling Naya land of pure - who is to blame? The seller or the buyer?

But let’s get back to the initial question — can PM Imran Khan deliver?

Not particularly. One, because the people selling these “utopian” dreams — then and now — are almost identical: of weak character, opportunistic, lacking integrity and ideologically barren. But more fundamentally, it would be so because the buyers are as desperate and intellectually indolent now, as they were 70 years back.

Post your comment
#Religious Extremism, #Naya pakistan, #Muhammad Ali Jinnah, #Imran Khan
The views and opinions expressed in this article are those of the authors and do not necessarily reflect the official policy or position of DailyO.in or the India Today Group. The writers are solely responsible for any claims arising out of the contents of this article.

The authors are part-time researchers and students of South Asian Peace and Security Studies, with deep commitment to bring about change in South Asia, especially Pakistan. They have no political, government, NGO or media affiliations. And can be reached on Twitter @GernailSaheb & @Andromeda_JY.