Imran Khan’s visit to the Inter Services Intelligence (ISI) headquarters in Islamabad on September 12 assumes huge significance and does not surprise his detractors, who have all along been suspicious about Khan’s extraordinary proximity to the armed forces — especially towards the notorious ISI. During his visit, he was received by the Army Chief General Qamar Javed Bajwa and ISI head Lt Gen Naveed Mukhtar. Interestingly, Khan was accompanied by his Information Minister Fawad Chaudhry and some select ministers.

Now, it is the prerogative of a Prime Minister to pay an official visit to any of the country’s institutions, including the ISI.

But there is a definitive and a noticeable pattern in his bonhomie with the country’s armed forces within such a short time. After all, it was only on August 18 that Khan formally took over as the Prime Minister of Pakistan. It has not even been a month since. Earlier on August 30, Imran Khan had visited the General Headquarters (GHQ) and spent a considerable amount of time with key officials getting briefed on sensitive matters that included prevailing security scenarios, threat perceptions in the Pakistani context, and the army’s ongoing campaign against terror.

Again, on September 6, Khan was conspicuously present as the chief guest at the "Defence Day" celebrations, which is annually observed in Pakistan to commemorate "victory” over India in the 1965 war. High-voltage speeches were made and martyrs were remembered. It is, in reality, just another occasion celebrated to keep the morale of the forces alive. And Khan’s presence was, quite possibly, an attempt to lend credibility to such an occasion, for it is ordinarily only a ceremonial event bereft of any substance.

The speeches delivered on the occasion by military leaders and Khan gave an erroneous impression that Pakistan had “triumphed” over India in the 1965 war, reminding the “nation of the armed forces” what valour is needed in dealing with its so-called inimical forces. 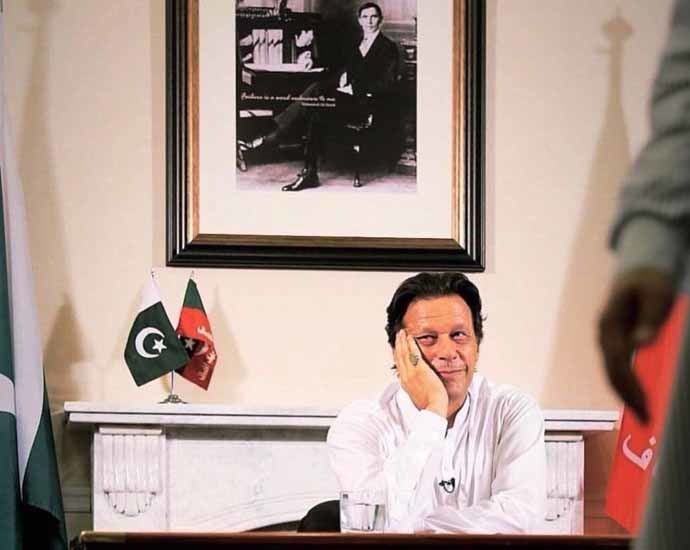 A Prime Minister of the country spending such a long period in the Intelligence hub of the nation means a lot. Let's assume what issues were discussed during Khan’s stay at the ISI headquarters. Surely, India and Afghanistan were discussed; after all, the ISI does focus a sizable amount of its covert operations on these two countries.

Khan reportedly praised the ISI for its operational readiness.

But what is this operational readiness?

By the process of elimination, it could easily mean stepped-up actions by the ISI in targeting India and Afghanistan. Was it an endorsement to the ISI’s nefarious operations by the new Pakistani PM? This is a cogent assumption, given Khan’s closeness (at least, perceived closeness) to the ISI before and after the July 25 elections.

On Khan’s part, however, he tried to dispel the prevailing general "misconception" that it is the military in Pakistan that's calling the shots and Khan is its puppet. Clarifying his stand, Khan said that it is a wrong impression that there is a civil-military imbalance in Pakistan. Describing the ISI as efficient, calling it the “world’s finest organisation” and describing how it is working as the first line of defence, Khan lauded the ISI's achievements. Pakistan experts say Khan ostensibly wanted to put his stamp to the ISI, perhaps, to legitimise ISI actions in the neighbourhood. The Mask. The Man. The Military. (Photo: Reuters)

It is, however, noteworthy that the images of Khan’s face, and even his body language, while interacting with and addressing the ISI officials, appear tense and preoccupied. One has to wonder why.

Of course, at this point, even if he tries to distance himself from the armed forces or the ISI — perhaps in order to establish independent credibility — he possibly will not be able to extricate himself easily from the sway of the uniform. After all, the first month of Khan’s premiership has already, and adequately so, been appropriated by the Army and the ISI.

At the same time, it is also not too late. He needs to undertake some untiring efforts, albeit gradually, to be discreet in his proximity to the outfits believed to have been the forces that promoted Khan to this high office and have supposedly scripted the PM’s agenda for internal and external mandates.

It would augur well for Khan and his team to prioritise focus on addressing the perils of the floundering economy and terror issues before embarking on optics generated by his series of interactions with the armed forces. Failing which, a concept of "Naya Pakistan" would continue to go adrift, landing in the deep gorge of oblivion.